Despite health professionals’ efforts at conveying the effectiveness of immunization, many African Americans remain skeptical about the COVID-19 vaccine.

Getting to the root of this distrust is critical as the Delta and Omicron variants stoke up the number of positive COVID-19 cases across the United States. And the spread of the virus is not uniform. According to the National Vital Statistics System, Black Americans incur the highest COVID-19 death rate. Understanding the root of vaccine hesitancy may prove beneficial in the fight to reduce numbers on a large scale, as we may be able to close racial gaps.

The Tuskegee Syphilis Study is often cited as the main reason African Americans do not trust the vaccine. Efforts to increase vaccination rates among African Americans often focus on misconceptions surrounding the study as a result.

Conducted between 1932 and 1972 under the direction of the United States Public Health Service (USPHS) and the Centers for Disease Control and Prevention (CDC), the Tuskegee Syphilis Study aimed to examine the natural course of syphilis in African Americans. Researchers misled the participants on the state of their health by telling them they were being treated for “bad blood,” and withheld treatment even as penicillin became widely available.

Several efforts focus on this last piece—the withholding of treatment—to stress the importance of preventive measures in the fight against COVID-19. Despite attempts at underscoring the significance of treatment, we continue to see vaccine hesitancy among African Americans.

Changing attitudes surrounding an injustice etched in the public memory of Americans is a great place to start. However, the study alone does not explain African Americans’ distrust of medicine. To discover why, we must dig deeper. Addressing vaccine hesitancy will require an analysis of the widespread history of anti-Black racism in medicine. It is not the study itself, but the conditions surrounding the study that get to the root of this distrust, as they speak to the legacy of oppression that has permeated biomedicine long before Tuskegee.

The Tuskegee Syphilis Study is widely acknowledged as a violation of ethics today, but the social conditions of the time allowed the grave injustices to happen in plain sight. In the 1930s, social Darwinism emerged as justification for racist practices. The perceived inevitability of African Americans’ natural “extinction” was used to justify many unethical practices within the study, including the decision to withhold known treatment from participants. The USPHS earned the approval of the United States government after making the case that African Americans would not seek out treatment of their own volition, a harmful preconception linked to the theory of social Darwinism.

In addition to understanding the conditions surrounding the study, we must consider the Tuskegee Syphilis Study in the context of biomedical research in the United States. Science backed the categorization of racial groups in the US, fueling widespread beliefs in inherent differences between Black and White bodies. Several initiatives played on this belief, including the Tuskegee Syphilis Study.

This reflects the tendency of biomedical research to justify existing thought patterns surrounding race, which dates back to colonialism. In South Africa, biomedical research emerged to back ideological justifications of colonization. Researchers conducted studies in search of evidence to reinforce beliefs about Africa’s “inherently” damaged condition. White settlers relied on this evidence to present colonization as a logical product of encounter. The interplay between biomedical research and the personal goals of dominant groups is thus longstanding.

In the United States, researchers fixated on the supposed sexual nature of African Americans to uphold the idea of inherent differences between races. Health professionals asserted that African Americans possessed “excessive sexual desire,” a belief which researchers and the general public blindly accepted. In addition to the larger move to confirm the inferiority of African Americans, such notions set the stage for medical experimentation, like that of Tuskegee, to occur.

In our contemporary moment, the long history of anti-Black racism in biomedicine casts a long shadow. Anti-vaccination is not a uniform ideological position. To better address its specific manifestation in the Black community, we must grapple with the complicated histories of medicine that underpin this specific communal mistrust.

Increasing vaccination rates among African Americans requires an approach that goes beyond the surface to address communal trauma. Heightening trust means acknowledging the legacies that create distrust. In shedding light on these histories, we may at the very least affirm the warranted wariness of medical treatment and the medical establishment. Unless we unveil the troubled histories of anti-Black medical racism that are routinely obscured, our efforts at earning the trust of Black Americans will not produce desired results.

Bintou Diarra is a premedical student.

The world according to Steinbeck 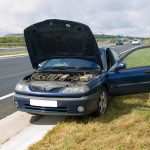 How to end the misinformation pandemic [PODCAST] 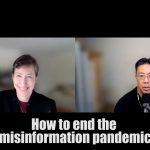