How are two-career households with children — let alone single-parent households — going to manage with daycare centers and schools closed, perhaps for a long time to come? What damage will this do to career progression and earning potential if one parent must cut back on work? Will childcare demands inevitably delay or derail partnership or academic promotion?

When I was a young mother — my two youngest children are only 17 months apart — life revolved around childcare arrangements. As newly fledged attendings, my husband and I both wanted to practice full time, and with the confidence of youth, we assumed we could make it work. For a time, we had a live-in nanny. As the babies turned into children old enough for school, we still needed a full-time nanny for drop-off, pick-up, and the days when the kids were sick and needed to stay home. We accepted that a third or more of our joint income would be spent on childcare and other support services so that we could both keep working as physicians and stay sane.

But what if there had been no school?

Today, it’s hard to fathom the impact that the COVID-19 pandemic has on families trying to find solutions to their childcare needs with the closure of private and public schools alike. Who’s going to watch, let alone educate, the kids? A nanny, no matter how conscientious and loving, may not be a good educator. When one parent has to work less to supervise learning at home, often that job falls to the mother.

What happens to her career?

As of early July, the Census Bureau estimates that half of American adults live in households that lost job income this spring. Many anesthesiologists lost income too during the periods in March and April when elective surgery in many states went on hiatus to keep beds open for COVID-19 patients.

In California, the CSA surveyed members and found that 74% reported experiencing financial hardship this spring, with medium and small private practices faring worse than academic departments. There was no overall difference in perceived economic hardship between men and women in anesthesiology, though women reported being furloughed or given involuntary vacation more often than men: 41% versus 26% of survey respondents.

When people lose their jobs or work remotely, the demand for childcare services plummets. The National Association for the Education of Young Children reports that enrollment in childcare centers is down by 67% on average.

Many that were operating on a slim margin have already gone out of business. The centers that remain open to serve essential workers are facing huge additional expenses for staff, PPE, cleaning supplies, and duplicate equipment and toys to allow cleaning after each use.

At least 40% of the remaining childcare centers are likely to go out of business unless significant government assistance arrives soon. People trying to return to work after lockdown — in anesthesiology or any other field — are having trouble finding high-quality early childcare.

“It’s much harder for me to find safe childcare to be able to work,” said one woman anesthesiologist in a private conversation. Another in academic practice commented, “It’s very stressful for the mom!” A third woman is worried because her current au pair leaves in August, but the new one may not enter the country due to the hold on visas.

Many of us assumed optimistically that the spring’s school closures would be short-lived and that September would mark the end of “learning from home.”

In some states, elite private schools have more latitude to reopen than public schools as they can afford to reduce class size and adapt to strict infection control regulations recommended by the CDC.

But many private religious schools that serve less wealthy families were in financial trouble even before the full effect of the pandemic hit. The Roman Catholic Boston archdiocese, for example, has already shuttered 10% of its schools permanently. No one knows yet how many students actually will be able to return to school this fall.

Even if schools reopen where the state government permits, it isn’t clear that teachers will agree to return to work. In a July 19 New York Times op-ed, a teacher wrote that she is willing to take a bullet for her students, but exposing herself and her family to COVID-19 would be like asking her to take that bullet home. “It isn’t fair to ask me to be part of a massive, unnecessary science experiment,” she wrote. “I am not a human research subject. I will not do it.”

In anesthesia, you can’t “phone it in”

What are women in anesthesiology going to do if schools don’t reopen? If your job is purely administrative or you can run a preop clinic using telemedicine, you might be able to work remotely. But you can’t “phone it in” if your job is delivering anesthesia to humans.

“I don’t see how this school year is going to work,” said one woman anesthesiologist. “It’s a hot mess.”

A recent New York Times article noted that women overall are doing less paid work since the COVID-19 lockdown began. Whether they worked most of the time remotely or not, though, they ended up being responsible for more of the homeschooling this spring than their male partners. The survey also reported that mothers were primarily responsible for homeschooling even when couples otherwise shared childcare duties. A sociologist commented, “What terrifies me for the future is if it will push women out of the labor force in a way that will be very hard to overcome.”

Women in anesthesiology also report a disproportionate share of responsibility for their children learning from home.

“Luckily, my husband is a stay-at-home dad,” said one anesthesiologist, “but he was not cut out to homeschool. I felt like I had to be his foreman to make sure the kids got everything done while working full clinical hours with in-house calls — definitely an adjustment for all of us. I’m in Arizona, so I don’t see things getting better soon. This could really last the whole academic year.”

Another woman said her hours were reduced early in the pandemic. “I’m working now but will probably need to cut way down if schools don’t open,” she said. Another anesthesiologist noted that she has had to adjust her schedule this spring to work more nights and weekends to be home more in the daytime, but “assuming no in-person school, I will most likely have to work less.”

Still, another anesthesiologist said she is back at work now since elective surgery resumed, “… but am desperately looking for a solution should regular school not be an option. I’d likely have to pull back significantly and fear it would be the end of me…”

COVID-19 does not affect everyone’s career equally. The journal Nature Human Behavior reported an April survey of principal investigators in the U.S. and Europe concerning their research productivity during the pandemic. Their findings indicate that “female scientists, those in the ‘bench sciences’ and, especially, scientists with young children experienced a substantial decline in time devoted to research. This could have important short- and longer-term effects on their careers, which institution leaders and founders need to address carefully.”

The authors concluded that the most important variable was having a young dependent. Scientists with at least one child five years old or younger experienced a 17% larger decline than others in the time they could spend on their research due to the pandemic.
There are no easy answers to the question of how severely or permanently women’s careers will be damaged by the disruption of the COVID-19 pandemic. The ASA’s Committee on Women in Anesthesia is planning a thorough survey of ASA members on the effect of COVID-19 on academic productivity and career potential. It will anticipated publication in early 2021 and should shed more light in a quantifiable way on all these issues.

The unhappy fact is that the careers of women in medicine who, like me, chose to have children, have depended on the army of other people — mostly women — who took care of those children. We relied on the nannies, the preschool teachers, the elementary and high school teachers, the after-school programs, and don’t forget the housekeepers.

If they can’t work because their own children need to be watched and helped learn from home, they are at economic risk. The scaffolding behind our careers was fragile all along, but it was too scary to think about it up to now.

Until we collectively support the common-sense public health measures that will control the pandemic, we risk the collapse of our economy and our educational system and the well-being of millions of children who need all the school benefits. Women’s careers will be part of the collateral damage.

Author’s note: This article was written in July 2020 for the September issue of the American Society of Anesthesiologists’ monthly magazine, the ASA Monitor, and published online ahead of print.

Thought disorder, clinical silos, prediction and prevention vs. diagnosing what's in front of you

A physician takes maternity leave during the pandemic 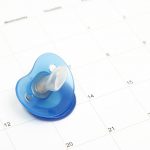