I have worked part-time as an applied behavior analysis (ABA) therapist for the last few years. The job isn’t complicated, and where I am, one doesn’t need a specifically tailored education or license to practice under supervision. An ABA’s clients are diagnosed with autism, and the therapist works to reduce the client’s maladaptive behaviors and increase their comfort with everyday routines, social interactions, and independent living, all while taking data on their progress. A team of licensed professionals designs the client’s treatment program and supervises its implementation. But the therapist doesn’t have to worry about program design or the bigger picture. We implement the program and we take data. That’s the extent of the job.

But sometimes, it’s hard not to see the bigger picture.

I personally came to ABA fresh off of a stint in research at the intersection of genetics and psychology, working under an expert in psychosis. As a result, it would have been difficult not to be attuned, in practice as a boots-on-the-ground therapist, to what I had just learned in the lab about the symptomatic overlaps between autism and psychotic disorders.

As I would see on the job, sometimes clients with an autism diagnosis might also carry, for example, a bipolar diagnosis. Sometimes this additional diagnosis could seem inevitable—but not yet be realized.

One of my clients, in particular, a child in elementary school, set off my radar. To my knowledge, this child’s only diagnosis was autism. We made good progress in sessions, but at one point—maybe spurred by the stress of the pandemic, online school, and a few months out of therapy—they started engaging in some new and unusual behaviors: putting on different identities with strange names (babies, cats, trains), referring to “the Devil” interfering with focus on schoolwork, expressing a desire to hurt people, becoming a little sadder, more aggressive, more emotionally volatile. Sometimes the child could be heard arguing boisterously, alone in the bathroom or while walking down the street, with undefined numbers and types of imaginary characters. Sometimes they expressed a desire to leave this world and start their own, and would wander alone, stare into space, or trail off in the middle of a sentence, like they had already started that departure.

One of their most striking behaviors was a tendency to speak incoherently, out of nowhere, in lengthy monologues that had no logical within-sentence structure, included copious neologisms, and generally made no sense. The ABA lexicon called this “non-contextual speech” and instructed the therapist to ignore or redirect it and tally it.

At one point, I decided to do some outside research and think about what might be going on neurologically and if there was anything more that could be done in sessions to reduce this behavior. In reading, I was surprised to come back full circle to my training from the psychosis lab, where part of what we studied was a symptom called “thought disorder.”

Thought disorder, one of the primary symptoms of schizophrenia, is a disturbance in cognition that manifests itself in aberrant organization and expression of thought—for example, disorganized speech characterized by incoherence, distractibility, or derailment. It can also be a feature of other disorders, including autism.

I had read about disorganized speech before in medical records, but was I running into it now in practice?

My supervisor and I didn’t talk much about the client’s disorganization and what it might mean in combination with their other new behaviors. They knew about the client’s symptoms and had designated steps to address them. Furthermore, being subject matter experts on autism and one particular skills-based therapy, I am not sure our clinical team would have thought to relate thought disorder to psychosis or consider what might portend for the client’s future.

One night I did text a friend who works as a child psychologist and ask what he would make of this type of “word salad.” He considered my (vague, non-identifying) descriptions of the child’s behavior, threw out a few possibilities, and asked why I thought about childhood-onset schizophrenia.

“Diagnose what’s in front of you” were his final words of wisdom. Don’t worry about what might happen in the future.

“Tell that to the entire field of psychiatric genetics,” I answered in jest.

Why did it matter to me what was coming down the line for this child?

There were several possible reasons. One, it would be helpful to know if there might be a limit to the usefulness of ABA for this child, without additional interventions. Granted, as a therapist with limited authority, there wouldn’t be much that I could do with that knowledge.

Another reason: early intervention is widely thought to be helpful in psychotic disorders, given an association between untreated illness duration and patient outcomes.

With that in mind, my quip about psychiatric genetics contained an element of truth: Particularly in my geographic corner of the research world, there has been a documented interest in developing genetic tests for schizophrenia to predict risk and allow for faster diagnosis and earlier intervention. The underlying belief seems that catching and treating this type of disorder early will be beneficial to patients in the long run.

At some point, I must have internalized this view.

Eventually, in the context of the COVID-19 pandemic and its onerous restrictions, my time working with this particular child ended. Shortly before I left, the child’s parent mentioned that they were thinking of bringing them back to a developmental pediatrician to check-in. I breathed a sigh of relief. It would not have been my place to suggest doing so, but I was glad that it would be done and that someone in a position to make new diagnoses and suggest other forms of treatment might be stepping in.

I wonder how everything will turn out for this child—whether there might eventually be another diagnosis, or whether this will end up having been a brief developmental phase for a bright, creative, strong-willed, neurodiverse adolescent. But I expect never to know, and that’s just how this works. Our time together ended, and now it’s up to different providers and pieces of the health care system to pick up where I left off. I can only hope that the hand-off leaves my client in good care.

The author is an anonymous therapist. 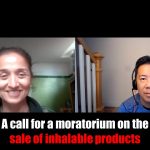