In the KevinMD article, “Assisted suicide: a change of heart,” the author contends that there is salvation in suffering, but not everyone believes that is true. While I support the author’s ability to decide how she wants to die, I do not believe that her personal beliefs should dictate how I die.

I retired as an internist a few years ago because of declining health. I practiced medicine both in the office and hospital. I cared for numerous patients with a terminal illness and was the hospice doctor for many of them. Having seen a multitude of people at the end of life (patients, family, and friends), not one wanted to suffer. I have stage IV metastatic prostate cancer, and I am in the last stage of my disease, so this issue is personal for me.

We should avoid using inaccurate, pejorative terms like “assisted suicide” to describe medical aid in dying. The latter term is the correct description of the option for mentally capable adults who are terminally ill with a less than six-month life expectancy (hospice eligible) to ask their physician for prescription medication they can self-ingest to end unbearable suffering and die peacefully. The Journal of Palliative Medicine has published peer-reviewed, clinical criteria for “physician aid in dying,” not assisted suicide. People who want this end-of-life care option are deeply offended when it is called assisted suicide because they desperately want to live, but they’re going to die regardless if they decide to utilize it.

The COVID-19 crisis has exposed the profound tragedy of people dying alone, in agony, in a hospital or nursing home, without the care and comfort of loved ones surrounding them. This pandemic demonstrates the limits of modern medicine to relieve suffering, the fragility of life, and has magnified the systemic racial disparities in our health care system, resulting in higher hospitalization and death rates for people in communities of color. We must eradicate these disparities, so everyone has equal access to the full range of end-of-life care options.

One important step towards achieving this goal is to authorize medical aid in dying as an end-of-life care option for every terminally ill, mentally capable adult, so everyone is empowered to make end-of-life care decisions based on their unique culture, beliefs, and spiritual values. Although used infrequently (less than 1 percent of annual deaths where it is authorized), it provides important end-of-life care options to the patient. Medical aid in dying is available in Washington, D.C., and nine states: California, Colorado, Hawai‘i, Maine, Montana, New Jersey, Oregon, Vermont, and Washington, which collectively represent 22 percent of our nation’s population. In my home state of Massachusetts, medical aid in dying legislation is being considered. It is just one of 20 states during the last two years where legislation has been filed. Medical aid in dying is voluntary for everyone involved, including patients and physicians. There are also multiple safeguards in this medical practice that have prevented any cases of abuse or coercion.

Profound positive changes have occurred in jurisdictions where medical aid in dying is authorized. The Los Angeles Times and The Hawai‘i Tribune-Herald have reported, medical aid-in-dying laws in California and Hawai‘i, respectively, have improved care for many terminally ill people who didn’t utilize this end-of-life care option to peacefully end intolerable suffering. Oregon has the most experience with it (22 years), and a number of scholars have written articles about how end-of-life care has improved as a result. Oregon has markedly increased the use of hospice for the whole state and has the most appropriate use of hospice. Medical aid in dying helps to improve end-of-life care by enhancing the medical communities’ skills in discussing issues with terminally ill individuals, improving end-of-life care for many people who don’t use it. According to the Oregon Health Authority, about one-third of people who receive a prescription for medical aid in dying in Oregon don’t take it, but they are relieved of their anxiety about suffering at the end of life. More than 90 percent of the people who use medical aid in dying in Oregon are in hospice, which helps to increase life expectancy over usual medical care by more than four weeks and improves the quality of those last days.

To help the reader understand the issues better, I would like to relate some stories. A friend of mine was dying of pancreatic cancer. He had an implantable morphine pump and was on both hospice and palliative care. Still, he found that his suffering was unbearable and wanted to die sooner. Doctors told him that his only option to end his suffering was to voluntarily stop eating and drinking, which he did. As a result, he developed psychosis, and his loving family has been scarred by the experience. He died after 10 agonizing days. I heard about an individual with ALS (Lou Gehrig’s disease), which is incurable and causes the death of neurons that control muscles and eventually leads to the inability to move and then the ability to breathe. This person killed himself with a gun before he lost the use of his arms. I had a number of patients with cancer that we were not able to control their pain, and I gave them palliative sedation (a morphine drip that caused them to become unconscious) to control their suffering. Had it been available, medical aid in dying could have helped all these people.

When my cancer gets worse, I expect to have a great deal of pain. I would like the option of having medication to put me to sleep, end my suffering, and to die, at home, with my family and friends around me. 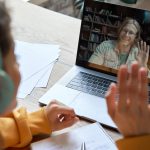 Be an upstander and not a bystander [PODCAST] 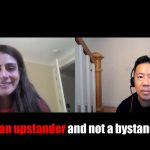 Medical aid in dying is not assisted suicide
3 comments