An excerpt from Ballad of a Sober Man: An ER Doctor’s Journey of Recovery.

As if I needed more reminders of my imperfections, I had Maggie and the Kidney Stone Lady, forever. Little Maggie, the cute five-year-old from early in my career who came in with her croupy cough and low-grade fever. She responded so well to racemic epinephrine, Tylenol, and humidified oxygen. The sweet girl with the big eyes whom we all watched gleefully sashay out of the emergency department, smiling and happy, waving goodbye to me and the rest of the nursing staff … and who, just twenty-four hours later, died of overwhelming sepsis. How I sobbed for nights in my bed, racking my brain as to what else I could have done, what subtlety in her presentation I could have picked up on, wondering if I had discharged her too quickly instead of keeping her around for observation. Years later I was still trying to drown the vision of her ghost in cheap vodka.

But Maggie kept appearing, following me—sometimes alone, sometimes alongside the woman with the kidney stone.

The stone had shown up on the CT scan. She was a diabetic woman with flank pain whom I had seen a few years back. She had a normal urinalysis and bloodwork, but her culture grew out E. coli, reported to me after she too died a septic death. That tiny pebble, stuck in her ureter, blocked the flow of urine in its normal journey from kidney to bladder. This caused the retained fluid, teeming with bacteria, to fester. They multiplied exponentially, and the resulting soup of piss and pus backtracked up to the kidney, creating a bloated, infected organ, invaded her bloodstream, overwhelmed her defenses, and led to cardiovascular collapse.

I spoke with her husband after the funeral. She did everything we told her to do, and the day she died he had been trying to cool her off all day at home in the bathtub.

Now, in her afterlife, she occasionally accompanied Maggie on excursions into my head, usually at night. Make that a double vodka.

I thought I had finally learned in sobriety how to put them in the past, encased in a box, and keep them there. Still, sometimes they found a way out to visit me. The program taught me how to at least limit their appearances.

I worked hard over the months, showing up for shifts with an energy I had not seen in myself for decades, a newfound enthusiasm I had not felt since my residency days back in Baltimore.

“Put your recovery first, and everything will fall back into line,” was the advice I heard over and over, and it was coming true—at least in my working life. “God’s time, not mine,” was an additional caveat, one that took me longer to absorb. Every so often, I opened the story box voluntarily to visit Maggie and the Kidney Stone Lady to say hello and pay respects, and to remind myself that everything happens according to a plan well beyond my comprehension. I possessed other story boxes in my mind too, happy ones—like the utility worker who fell from the telephone pole and fractured his spleen, arriving in traumatic shock, whom we stabilized for emergency surgery and who survived; like the baby that nurse Jessica and I delivered together.

The good with the bad, it was a lifetime of spicy brain stew spent in this godforsaken, amazing specialty, and I was ready for more. And more I was about to get, or more accurately, be clobbered with.

Eight months to the day after my return to the Rock, I pulled into the hospital’s Lot C just as the first light of dawn appeared over the Blue Ridge. Two freshly assembled white biohazard tents, each the size of a tour bus and erected in the adjacent parking lot to screen the less severe cases, obscured my regular view of the ER’s rescue squad entrance. I sat in the driver’s seat for an extra minute, listening to the finale of the Foo Fighters’ “Hey, Johnny Park!,” reflecting on how rapidly the change had happened. Fortunately, we saw it coming.

Only two weeks earlier, my shifts were business as usual: coffee in hand, I would put on my white coat and stethoscope, take sign-out from the night shift doc, and begin what I had done four thousand previous times in my life—see and treat a shift’s worth of acutely ill patients until my relief arrived in turn.

Today was day one of the “new way.” COVID-19 was everywhere now, especially in the news and on social media, and our local community was in lockdown. The new hospital infection control measures were all in place. At no time in my career had I seen such extreme precautions—avian flu, SARS, H1N1—none of those came close. This novel virus, creating an outbreak of panic the modern world had never seen, had spread to every corner of the planet, and the health care community was desperately trying to contain it. We all knew it could not be stopped, only slowed.

Our objectives as nurses, doctors, administrators, and community leaders were far more modest—to control the virus’s spread and limit the loss of life without exhausting all medical resources, all the while maintaining some semblance of a functional health system for everyone. I had no idea if we could accomplish our goals and maintain our own health in the process. I had only a vague notion of what awaited me that morning once I walked into the department. It didn’t matter; I was heading in. I had been given a second chance in my specialty; fear be damned.

What I knew for sure, with absolute clarity, was that never before in my adult life was I as mentally and spiritually prepared to play my small part in this global fight as I was that day. Ready for battle, I donned my respirator mask, grabbed my work bag, and exited my car.

I walked across the parking lot and through the emergency room squad doors. No, I was never more ready.

“J. D. Remy” is an emergency physician and author of Ballad of a Sober Man: An ER Doctor’s Journey of Recovery.

A physician on the importance of taking pause 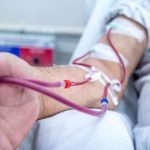 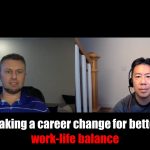 A sober emergency physician returns to work, just in time to face the COVID-19 pandemic
1 comments