Papa was a seasonal farmworker. This job was noted to be “slave work” by the American locals. Still, he traveled from Jamaica to Florida and toiled in fields to send money home to his wife and eleven children for several years. Unable to read and write, he required assistance with letters that expressed gratitude for the barrel of food and the need for school fees and uniform fabric. Eventually, Papa obtained legal residence in the United States of America. He filed for his children, and one of his daughters brought her three children with her. She worked as a hotel maid to care for her daughters and her disabled brother. Ultimately, she became a certified nurse’s assistant. She instilled diligence, perseverance, and ambition into her children. It was inevitable that her youngest daughter, known to be very curious and bright, began speaking of becoming either a teacher or a doctor. She admired her pediatrician and first-grade teachers.

Papa’s granddaughter would read her favorite books to him. He was like a tall tree with a voice like thunder and hands like worn leather. His small granddaughter would look up at him and scold him about smoking cigarettes because television commercials said that they were deadly. She was already humored by how Papa had “seeds” inside his after difficulty “peeing.” As a teenager, she visited Papa in the hospital after a surgery where they removed part of his left lung and gave him chemotherapy. This strong oak tree shrank, while his granddaughter remained talkative and attentive. She excelled academically, and their family was proud. In 8th grade, she became pregnant and became a teenage mother. Despite this shock, their support never wavered. Her son was a purpose, rather than a deterrent, for her to pursue academic excellence. She graduated from high school and started college at the age of 16.

After his retirement and failing health, he looked forward to visits by his energetic grandchildren. He smiled with pride, looking at the younger generations of his family. His granddaughter was studying pre-medicine at a university that he helped build as a construction worker. And as a medical student, she did her surgery clerkship at a  hospital that he had worked on with his now deformed hands. He described the long hours and the airport next to the campus. He would venture off into stories about Mama and his children when they were younger.

Mama had also begun to wither. Her warm smile drooped, and her loving arms weakened. The MRI showed a large tumor in her brain that caused her paralysis. She could no longer walk to church with her bright hat and holding a bag with candies that she would pass to the children. Her children cared for her, and she could no longer care for Papa herself. She disliked having the roles reversed, fed instead of cooking meals, and being content with everyone enjoying her wonderful cooking. She became confused, yet always worried about the children and Papa. The memories and pictures of her at weddings, birthdays, and graduations were wonderful reminders. Their children studied and became nurses, chiropractors, and dentists. Unfortunately, Mama passed away just months before she could see her granddaughter graduate from medical school. Their grandchildren are graduates of medicine, education, nursing, and also have served in the military. Although the children raised and born in America have the opportunities that Papa and Mama hoped, they also face the challenges of being Black in America.

I am Papa and Mama’s inquisitive and scholarly granddaughter, who became a mother at the age of 14. I am the little girl who dreamed of becoming a doctor or a teacher. I am the medical student that helped her mother care for her sick, elderly parents. After Papa’s left above-knee amputation, my mother has become his caregiver. My experiences as a patient and being at the bedside of my sick loved ones have resonated with me, making me a better physician to my patients. I hug Papa as he cries because he misses me since moving to New York City for my surgery residency. I reflect on the resolute love, inspiration, and sustenance that my Jamaican family instilled into me. My path to becoming a general surgery resident and researcher has been arduous. Yet, I remained undeterred because of those who struggled, sometimes with hungry bellies and only faith, to be here. I look at my 16-year-old son, younger brother, and nieces and nephews with optimism and hope. They will stand on the foundation laid down by people like Papa, Mama, and my mother. And my very own hands as a surgeon will fortify this foundation as they venture into their futures.

I once thought of how my family had very little with them on the airplane here back in 1995. Yet, they indeed brought with them a gift from an island in the Caribbean. The same gift as millions of immigrants carried with them to this “Land of Opportunity.” My grandfather and mother have brought their children— embodiments of their hopes and dreams. My story is not very different than other people. The details may differ, but essentially, the immigrants that have chosen to come to American, despite all of the odds, want their children to excel and live prosperously.

Jodi-Ann Edwards is a surgery resident. 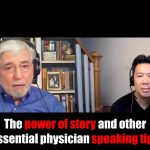 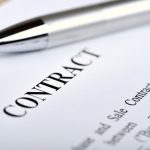