Recently, the AAMC announced its partnership with HireVue’s video interviewing platform to introduce the Video Interview Tool for Admissions (VITA), an online, one-way recorded interview without a human interviewer. The candidate is shown several text prompts on HireVue’s system and instructed to record a ~3-minute response to each prompt. A list of participating medical schools will be released by AAMC in July 2020. I advocate against the use of this technology-powered approach to medical school admissions for three reasons: the lack of a human interviewer fails to respect the candidates, the platform does not allow for 2-way interpersonal evaluation, and students from disadvantaged backgrounds who fall into the digital divide will be disadvantaged under this system.

Medical school applicants spend years of their lives completing pre-requisite courses, conducting research, shadowing physicians, and personally reflecting on their narrative for becoming a physician. This investment of time and self culminates in an expensive process whereby the candidates visit multiple schools to conduct in-person interviews. The personal nature of medical school interviews with faculty and current students conveys a sign of respect to applicants that their effort and work is seen and acknowledged. By reducing this interviewing process to the creation of a vlog for review by admissions committees, applicants are not given adequate consideration after the years of work they put into preparing their applications.

Furthermore, a face-to-face interview provides the applicant with the opportunity to make personal connections and evaluate the medical school. The absence of these personal connections will not only decrease the size of the candidate’s networks upon beginning medical school, it robs them of the opportunity to evaluate the kind of people that make up the school. During a face-to-face interview, nonverbal cues allow the candidate to alter their responses to build a rapport with their interviewer: perhaps they might spend more time discussing the impact a particular patient had on them and less time discussing research based on the interviewer’s body language. Virtually recording answers to interview questions prevents such interpersonal exchanges. Who is able to be their most charming self while speaking into a computer screen?

Lastly, students in urban settings or cohabitating with many family members may be unable to curate a distraction-free environment for interview recording. Some may not have adequate access to high-speed Wi-Fi or computers with a quality camera to record their videos. In pre-emptive response to this concern, the AAMC states it “will instruct medical schools to ignore the background setting of your interview video, as well as any unexpected interruption that may occur, and to focus on the content of your response.” However, cognitive research studies have shown that candidates with better audiovisual quality are rated as more hirable, even after interviewers are instructed to disregard AV quality. Unless HireVue is instructed to standardize quality across all submitted video interviews, applicants from low socioeconomic backgrounds will be disadvantaged. Utilization of existing videoconferencing platforms where individuals are able to access audio by calling in reduces the likelihood of poor quality leading to poor rating of already disadvantaged candidates.

I urge medical schools to reject reliance upon AAMC’s VITA, and call upon AAMC to standardize interview quality to minimize the negative impact on disadvantaged applicants.

The opinions expressed in this article do not represent those of the University of Pennsylvania Health System or the Perelman School of Medicine.

Zonía R. Moore is a medical student. She can be reached at her self-titled site, Zonia Moore, and on Twitter @tzoniaa. 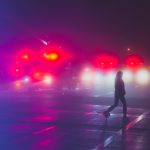