With police brutality against Black bodies becoming an increasingly evolving conversation following the brutal murders of Ahmaud Arbery, George Floyd, Breonna Taylor, and Rayshard Brooks (just to name a few), it is vital to speak about a particularly vulnerable population: those with mental health disorders. African-American populations are disproportionally affected by severe mental illness, creating an increased risk of undue police force.

On June 2nd, 2019, Miles Hall was fatally shot by Walnut Creek police at the age of twenty-three. Hall had been diagnosed with schizoaffective disorder and was experiencing a psychiatric emergency at the time of this death. The police called to the scene were unable to de-escalate Hall’s distressing behaviors, despite being made aware of this mental health needs. As a Black young man with a severe mental illness, Hall represents two minority populations subjected to undue police force. In 2018, of the approximately 1,000 citizens fatally shot by police, 23 percent were Black, and 22 percent had diagnosed mental illness.

There have been multiple programs to address the issue of police response to mental health crises. Crisis Intervention Team (CIT) model was developed in Memphis, TN, in response to the tragic death of twenty-seven-year-old Joseph Dewayne Robinson, who was shot multiple times by police during a mental health emergency in 1988. The CIT model includes collaboration between police and mental health professionals through specific training of police officers to decrease risk towards civilians with mental illnesses. Nevertheless, an in-depth study published in 2019 found little empirical evidence to suggest CIT benefits in regards to number and measures of arrests, harm to citizens, or use of force against citizens.

Overall the literature suggests that increased training of police was not sufficient to reduce violence against civilians with mental illness in the setting of a psychiatric emergency, but that the presence of on-sight mental health professionals produced better outcomes. Furthermore, the suggestion that police be less visible during such encounters offers the possibility that it is the swift response of a mental health professional during a psychiatric emergency, which is more needed than law enforcement.

Perhaps police remain within their vehicle, allowing for mental health professionals to interact with the civilian in a non-threatening manner; perhaps the police vehicle is unmarked, further creating decriminalized space for de-escalation; perhaps police arrive unarmed; or perhaps police are never called to the scene, given the fact that the vast majority of people with mental illness are nonviolent. The possibilities are many, but the literature is clear: efforts must be reallocated towards mental health professionals to be first responders to mental-health crises. Sounds redundant and obvious, no? The suggestion echos ongoing policy changes towards a three-digit suicide hotline, in addition to 911. Furthermore, the nationwide shortage of mental health professionals will stand as a barrier.

The intersection of mental health, criminal justice, and Black bodies has been far too large, and the racial underpinnings continue to be unearthed. Honestly confronting who is best able to respond to mental health crises with the safest outcomes is one way to bring about real change in the face of a multidimensional and historically unjust system.

Amira Athanasios is a physician. 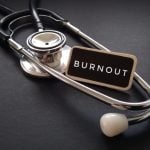 Who should be the first responders to mental health crises?
1 comments