The COVID-19 pandemic has shone a spotlight on the health inequities many Americans face because of where they live and the air they breathe. We are seeing what I have long seen in my allergy practice—many of my patients live in communities with unhealthy air.

Patients like James, a 50-year-old African American bus driver who lives in Maryland. He sees me for asthma and pollen allergies, which are difficult to manage during the spring season; however, nothing prepared him for his COVID-19 infection in early April. The next two weeks, he says, “were the worst in my life.” James fights so many days to breathe “because the air can get so bad. On top of that, this thing knocked me out.” Although he has since recovered, he has lost three family members to the pandemic.

James is not my only patient who contracted COVID-19. Many have a number of underlying health issues that make them more susceptible to the virus and its effects. Combined with high levels of air pollution where many of them live, the risk is magnified.

A nationwide study found that people with COVID-19 who live in highly polluted areas are more likely to die from the disease than people who live in less polluted places. Another analysis from Europe seems to support this finding: 78 percent of COVID-19 deaths in Italy, Spain, France, and Germany occurred in five regions with the highest levels of nitrogen dioxide, a pollutant that is harmful to the human respiratory system.

In James and patients like him, I see the disturbing health disparities that affect so many communities of color. The Union of Concerned Scientists found that over 6 million African American and Latino people live in communities with higher air pollution levels than their state average, increasing their risk of cardiovascular and respiratory illness. The higher rates of these types of underlying conditions also coincide with the alarmingly high COVID-19 death rate in African Americans.

Relief does not come for patients like James. Climate change has brought an increase in extreme heat days, which can be disastrous for those with chronic respiratory issues.  According to a new report, 2020 is shaping up to be one of the hottest years on record—if not the hottest–-on the tail of the hottest decade on record. Extreme heat exacerbates the harmful health effects of air pollution, which tend to be felt most by those with respiratory diseases.

The irony is that the pollution is making it harder for patients with respiratory disease to breathe—patients who are more likely to die from COVID-19—is also fueling the climate change that will make it harder for everyone to breathe in years to come.

The good news is that efforts to improve air quality can now improve health immediately and far into the future. In fact, stronger standards could save over 12,000 lives per year.

That’s why one would think that, in the midst of all this, the Environmental Protection Agency would ramp up its efforts to safeguard the public’s health. Instead, at the outset of the pandemic, the EPA rolled back key regulations that reduce air pollution from the fossil fuel industry. As health care workers struggled to mitigate the terrible effects of COVID-19 on patients, the EPA potentially compounded the crisis.

The science is clear that long-term exposure to air pollution can damage the lungs and worsen respiratory diseases like asthma, and that higher levels of pollution are associated with increased hospital admissions, ER visits, and death from respiratory illnesses. Last year, EPA staff scientists called for reducing allowable levels of particulate air pollution. Instead, the agency disregarded its own staff scientists, choosing to maintain current air quality standards.

It is time to hold the EPA accountable for protecting the health of all Americans. Physicians and other health care workers must advocate for more stringent air quality standards. COVID-19 has shown us why the status quo—or worse, a rollback—is dangerous. As our patients and frontline health care workers respond to this pandemic, we need to speak out on their behalf.

Christine James is an allergy-immunology physician. 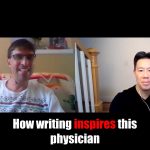