An excerpt from A Country Doctor Writes: CONDITIONS: Diseases and Other Life Circumstances.

“Welcome back. How was your trip? Or exile … you were away for a long time.”

“Almost a year,” my nine o’clock patient answered. A woman just over forty, she looked tan and physically strong. Her short hair was peppered with gray, different from the last time I saw her. She had gone abroad on assignment for a magazine and a film production company, and before she left, she had joked that she would have to be her own doctor until she could come back to see me again.

“I’m pregnant, pretty far along. I thought it was early menopause, like my mother and my sister, but that doesn’t come with morning sickness. And I can feel my uterus.”

“And you haven’t seen a doctor?”

While getting ready on my exam table, she told me about her work in small villages far away from clinics or hospitals and her decision not to seek care until she came back home.

Her uterus almost reached her navel. I took out the handheld vascular Doppler we use to measure blood pressures at the calf of people with circulation problems. I changed the probe to the one used for fetal heart tones, an attachment I had not used in a while; I stopped doing obstetrics the day I graduated from my residency thirty years ago.

“I never thought I would be pregnant again after my miscarriage when I was twenty-five,” she said with sadness in her voice as I applied the gel to her abdomen and turned on the device.

There was the loud, swoshing sound of the placenta following her own elevated pulse rate. I pressed deeper and aimed the instrument downward with all kinds of static from the movement against her skin. Then, suddenly, there it was, rapid and perfectly regular; a sound I hadn’t heard for thirty years.

She reached down and grabbed my hand.

“Please leave it there. I want to listen to it longer.”

Her eyes moistened, and her lips began to quiver. She placed her top teeth on her lower lip as if to keep it still. I rested the probe, and we both listened in silence.

I remembered that sound, the rapid heartbeat of unborn babies, from many long nights on duty during the sleep-deprived years of residency. I remembered catching a few moments’ rest in the on-call room down the hall from two or three monitors with intertwining rhythms of babies waiting to be delivered.

Vividly, I remembered my first delivery, a precipitous double footling breech with no other doctor on the ward other than this frightened first-year resident. Just in time, as I stood there with my right hand assessing the situation, old Doc Walker appeared in his street clothes in the delivery room door.

“What’ya got, son? Nurses tell me you got two feet there.”

“Yessir,” I tried not to quiver.

Doc Walker’s slow and gentle words calmed the young mother and guided my hands as they, in turn, guided the baby, feet first, across the symphysis and onto his mother’s belly.

As the Doppler continued to tap out its rhythm, I remembered faces with smiles and tears, happy couples, and frightened, single young mothers in the delivery rooms. I remembered blue babies, me slipping in umbilical catheters, the neonatal intensivists watching and supervising.

I remembered my own son, hooked up to an apnea monitor at my own hospital. Years later, as a new grandparent, I was a visitor, strangely out of place in a different neonatal intensive care unit, watching my granddaughter through the walls of an incubator.

Thirty years since I heard that kind of heart sound, and it still touched me in inexplicable ways. I remembered, my whole body remembered, the mixed feeling of dread and excitement when my pager used to go off in the middle of the night: “Call 2350 STAT.”

Thirty years ago, I saw more births than deaths. Now I only attend departures. For a minute or two that morning, I was again participating, ever so briefly, in the greatest miracle a physician is privileged to be part of. 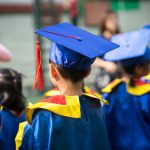