This is the text of the keynote graduation speech given to the child and adolescent psychiatry residents at the Mount Sinai Hospital in New York City on June 18, 2020.

Let me begin by confessing that I am not a child psychiatrist.

I am an adult psychiatrist.

Or, as my mother says, I’m almost a real doctor.

One of the first things one learns as an adult psychiatrist is the difference between mentally ill and crazy.  It is an important distinction.  A person is mentally ill if he suffers from a pathology cataloged in the Diagnostic and Statistical Manual of Mental Disorders.  Crazy is wanting to spend any more time than necessary with other people’s children.

So you can see why I’m not a child psychiatrist.  But while I lack experience working with children, I have worked with hospital administrators.

I say all that at the outset, because I asked myself what wisdom I – a non-child psychiatrist with no children of my own – could offer you as you enter a field I know absolutely nothing about.

Fortunately, we live in an age when you don’t need to know anything to have a strong opinion, so I’ve decided to offer you the seven insights I’ve learned about children in my time avoiding them.

3. Children do not forget you.  Adults forget and are, in turn, forgotten.  My challenge to the graduates:  How many of you can name who was president of the Mount Sinai Hospital before Ken Davis or Dean of the Icahn School of Medicine before Dennis Charney?  I can’t remember who scored higher than me on medical school exams or which women I had crushes on in college – but the pediatrician who patiently explained how lungs worked when I had pneumonia is someone I will never forget.  Long after the world forgets you, the children you help will remember you.

4. Children are not pets.  Dogs are pets. Some of you believe cats are pets, while they’re really the other white meat.  But children are not pets.  They are not ancillary beings designed to further adult interests.  You can dress your poodle up in the bow you wanted to wear to the prom, but don’t encourage children to pursue your dreams rather than their own.

6. Children are not little adults, even if adults often prove to be little children.   Medieval painters painted children as diminutive adults.  We know better.  Children live in a world that is not smaller than ours, just different; in many ways, it is larger.   To paraphrase Marie Antoinette, let them eat paste – and to all of the other magic, incomprehensible things that children enjoy.

7. Finally, children are not irreparable.  Adults can be broken beyond repair.   When you reach my age, you’ve exhausted your warranty, and you end up like Humpty Dumpty.  After the fallout from speech, not even all the king’s horses and all the king’s men will be able to put me back together again.   But children are resilient.  Your role is to tap into that resilience and let them repair themselves.

I know these are troubling times, but we will get through this.  Humanity got through the 100 years war intact – and it only took 116 years.  And Rome managed to survive Nero, although the city did burn down in the process.  But we should be optimistic.  It worked for General Custer.

What I want to emphasize is the silver lining of the pandemic:  You will never have to worry about the etiquette of taking your young children to restaurants again.  In fact, someday you may have to explain to them what restaurants were.

I’m tempted to conclude with a word about myself.  As the comedian W. C. Fields famously said, “Anyone who dislikes children and animals can’t be all bad.”

Or to offer you the most important wisdom my grandfather gave me as a child once, when we were checking out of a motel room: “If it’s not nailed down, they meant you to take it home with you.”

But I think the best wisdom to leave you with is that adults are meant to be seen and not heard.  Those of you who have me on mute already know this.  But children should be heard.  Because they often have more of value to say than the rest of us.  And you will have the opportunity in your future careers to help give them voice.  You have earned this privilege.  Just don’t screw it up.  For that, probably more than anything else, is the most we can ever ask of one another.

Jacob M. Appel is a psychiatrist. 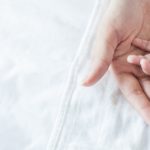