She is 11, a fifth-grader, as prepubescent as nature allows, and utterly terrified.

She hasn’t eaten normally for nearly a month, her mother reports.  She sleeps poorly, reports nightmares, and cleans her hands so obsessively that she is literally bleeding raw.

Her fifth-grade peer group typically does not guard its language nor govern its remarks, so every utterance is attention-demanding, black-and-white, dripping with drama.  And she hears the constant drumbeat reporting of wave upon wave of corona virus-related events: community spread, local outbreaks, of testing kit and supply shortages, school and event closings, absenteeism, hospitalizations, death … even more than the history lesson, more than the math, more than the reading.

School had become nightmarish enough with the onset of puberty, but all this tension has quite collapsed any sense of security.  Even mom acts afraid.

And this tension is reinforced by endless health warnings delivered by faculty, administration, and media.  She must learn a new way to smother a cough, into her sleeve they say, but her uniform is short-sleeved, and she has to use Purell, but her eczema is on fire from the alcohol.  And now with a sore throat and her fear that a cold will kill her, she and her mother finally seek medical attention, convinced that the worst is soon and inevitable.

What is the impact on children, families, and the general public when every fifteen minutes there is an “update” on the latest coronavirus news?  The health department serves up statistics and guidelines to professionals with incredible frequency these days: hospitalizations plus morbidity/mortality rates, availability of PCR testing kits and designated facilities, vaccine development and availability projections, guidelines for sheltering-in-place (i.e., quarantining), demographic and biological susceptibilities and population vulnerabilities.

In parallel, however, bewildering and inexplicable silences from the various health authorities on the status for the development of any antiviral medications to offer the populations that are being “sheltered-in-place.”  When did the treatment of the individual patient become isolation and containment “for the good of the remaining healthy,” without the promise or effort to treat the disease?

All this interspersed with political posturing and assignment of responsibility for the epidemic and its “management” by media pundits and sundry experts.

Let’s examine crisis management now that various states and agencies have evoked declaration of health emergency statuses to cope with sheltering-in-place enforcement, control of public travel, behavior, influence over personal comportment and hygiene, in the setting of an appearance of inadequate or unavailable screening test kits and an absolute absence of any antiviral treatment medication.  Even the development and distribution of a vaccine remains a promised future event, rather than a current solution.

In effect, the law allows, once an emergency is declared, that the public health authority can compel treatment (for example, mandatory vaccination), enforce travel restrictions, commandeer, ration, and otherwise control water, food, and medication supplies, and use medical and/or public facilities as deemed necessary for the management of the health crisis.

Under the U.S. Constitution, state and local governments have the primary responsibility and legal authority for public health.  Also part of their mission and duties is the repetitious cycle of public information, believed by the public health community to reinforce the notion that its comportment is “for the public good” and to achieve its mission.  The goal targets and sustains the concept of the “greater good,” meaning the health and safety of the general population.  What may be lost is the treatment of patients, especially the elderly, and the immunocompromised, those seen as the most vulnerable to COVID-19.  The young and healthy, especially the pediatric population, appear to be resistant to the more lethal aspects of this virus.

COVID-19 and coronavirus awareness are new for the general public, but perhaps somewhere in the news cycle, it might be of merit to reveal that human strains of coronavirus have long been identified by the medical profession as causes of upper respiratory infections, a.k.a. “colds,” during winter and early spring.  As a species, we have lived a long time with colds — without panic or quarantines — just Robitussin and fluids and commercialized OTC regimes.

The notion that we are in full crisis mode is quite evident, yet the general population and especially the pediatric population are quite a bit more victimized by the constant alarm bells being rung.  And the absence of any offered treatment(s) suggests that many bureaucrats and health officials have a great deal more to gain by sustaining the problem rather than solving the problem.  Such is fundamentally ethically challengeable.

While the statistics of those affected are significant, the results appear so far to be manageable.  Perhaps we can tone down the sky-is-falling just a bit?  And besides, most Americans are aware of the problem and pursuing the advice being given.  We get it.

The primary role of public health authorities is to provide guidance to the public and other health professionals and government authorities in identifying and dealing with the disease, meaning the promise of effective treatment, as well as provide laboratory facilities where exposure can be evaluated, diagnoses definitively established, and treatment plans proposed.  That is what the public seeks and expects, and has shown itself as clearly engaged in cooperating with the public health authorities.  Scaremongering is so 19th century, anyway.

Our 11 year old will need counseling, but she will be all right.  What may not survive, however, is the trust that we have placed in public health programs that are based on force and coercion, declarations of emergencies, and are relics of the 19th century.  The 21st century depends on good science, consistent statements, good communications, trust, and apolitical truth-telling. 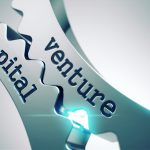 Reclaiming the future of health care 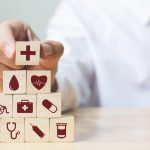