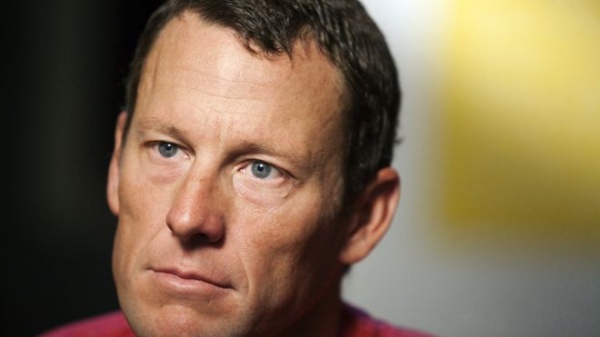 According to George Orwell, “serious sport has nothing to do with fair play. It is bound up with hatred, with jealousy, with boastfulness, with disregard for all rules, and with sadistic pleasure in witnessing violence: in other words it is war minus the shooting.”

It seems somehow reasonable to use the issue of sports morality as a metaphor of our sociocultural climate and direction … you know: cheating and getting caught, personal hubris and arrogance, public attitudes and mores, rhetorical dissonance, Republican versus Democrat … a sports allegory lending insight perhaps into these troubled times and how sports figures, like politicians, are an extension of reality.

That actually may reflect what we’ve become, what we seemingly want to be, and what we accept and admire as “the new norm.”

What has happened to us, to our society, to these times, to our idealism, and to our respect for a code of conduct? What has become of our rules, our integrity, and our personal dignity that we have to bend all the rules, move the goal posts, win at any price, disavow any personal responsibility, and claim a “rights” argument in order to “win”? At whose expense and at what price?

Lily Tomlin got this one right. “The trouble with the rat race,” she asserted, “is that even if you win, you’re still a rat.”

It was once the notion that participation in sports and moral development were intimately related. It was called “sportsmanship.” Plato felt that only an athlete could blend mind and body into a perfect functional unity.

In the American Annals of Education and Instruction of 1833, it was advanced that the character of one’s students could best be assessed and studied on the playground. In this context, the teacher might be able to mold their characters effectively. The value of defeat — the ability to handle failure — was considered critical for encouraging the drive toward success. Indeed, without failure, success was meaningless.

So what is the message of the scoreless baseball games now an intimate part of the progressive middle school curricula? That no one should “feel-like-a-loser”? How do we teach our children the lessons of frustration?

Hard work as its own reward and faith in the system seem to be pretty muddled messages these days. At least according to Armstrong’s example. But then again he has had some pretty powerful antecedents.

The effects of steroids on the athletic performance of a gifted athlete operating at a high level of training have never been “officially” measured or sanctioned. Steroid use however has been rampant and widespread in both amateur and professional venues. And the veneer of fairness went away long before Arnold was governator, Clinton or Nixon were presidents, Spitzer or (Tonya) Harding were TV personalities, or John Edwards was “Father of the Year.”

Mauro diPasquale, MD, a Canadian sports medicine physician who has written extensively on androgenic ergogenics and performance enhancement has stated that the advantages gained by very gifted athletes would probably have emerged without the drugs, but at a training load and effort that would indeed be superhuman.

But it was Armstrong the athlete who defeated a field of similarly endowed (and probably doped) athletes.

The tragic consensus and the cynical media message is that steroids did advance the brand and the success of Lance Armstrong, but that it just wasn’t very smart of him to get caught — and that most of his fellow competitors had probably used ergogenics as well.

The dollar figure for “lost endorsements” is $30 million — that’s just endorsements. And the messaging, the 139 million hits on Google, the Twitter messaging, the attention on Oprah … well, all this publicity could not readily qualify as subtle. Perhaps, along with the rest of what passes for pop culture, all these “outrages” have actually become the desired outcome. These results are not vague, quiet, subtle, unexpected, or hidden.

So what should be the message?

We have grown up with Popeye’s spinach and Dumbo’s feather, hopeful that success can be achieved by technology, by trick, by lottery, by luck, or by magic. Forget about hard work, we teach our children, look for the shortcut.

We have somehow inherited a bizarre and uncomfortable legacy in the process, revising the definition of success. It was the whispered mantra of the ’90s. Greed is good, big is better, there is no such thing as bad publicity, and self-interest trumps all other values. We all seem to act to one degree or another without the slightest objection or comment about these new Ten Commandments.

Because, perhaps, that is what we have come to believe in this postmodern age when we have removed God from the classroom and our personal lives. We no longer need rules, miracles, or divine intervention to explain our Universe and lives.

Why bother with the difficult when the emotional larder is filled, when success by any means is the rule, when ends justify means? And why sacrifice anything, if there is no motivation, no need, and little profit? What does it mean to assume personal responsibility? To regard respect for truth as an inviolable axiom?

Self-respect must be sacrificed in this mix. And Lance Armstrong has shown the way. And our media will place his achievements on a visible, noisy, and well-lit central stage for the entire world to see and worship. And they will, at least those who continue to be mesmerized by this theater.

We have abandoned our guidelines, our honesty, and our goals because of moral expediency and unmerciful self-interest. We spin. We have welcomed winners, rejected losers, and broken for the commercials without regard to or thought of consequence for so long now that it is automatic … and we have taught our children to do likewise.

It may be too late and too far into this journey of hypocrisy to see what is happening or to restore a reasonable moral compass. But in case no one noticed, there are those in the world who would want to see this level of Romanesque drama as our swan song: that we may never be able to discuss our differences nor again act in a deliberate and honest manner with one another to solve problems of mutual concern. Perpetually cheating, like our sports heroes.

It is time for us to wake up and succeed by being the best that we can be. No excuses. No cheating.

If this world is an arena for soul making, it is time for us capitalists to show that we can pursue that goal with the same tenacity that we pursue all those things that just rust.

And we must teach that message to our children. Perhaps that change in attitude can recapture some of the more intangible and ethereal rewards of living in a free society.