Mr. O has a drinking problem. More specifically, Mr. O drinks far too much and far too often, and for reasons that can’t be addressed with the tool he’s chosen. I met him at what could be called the low point of his life, except I know better than to hope things will look up. On a night I covered the intensive care unit, this particular man ascended from the coma of liver failure and wanted answers. His family, just arrived in town, were in the room as well. I introduced myself and explained to him that he had been brought in unresponsive, the levels of ammonia in his blood clouded his ability to reason or react. We discovered an infection in his belly and used our machines to breathe for him as time and antibiotics worked their magic.

What, he wanted to know, would keep him from having an infection again? If he stopped drinking, would he avoid this in the future? I explained to him that scarring of the liver, like scarring of the skin, is permanent. But, his family insisted, tell him he needs to stop drinking. I explained that transplant was the cure for his situation and was only available to those who could avoid alcohol for six months. He asked a series of very insightful questions about transplant and alcohol cessation, but the crux of his inquiries was this: Must I quit? Is there no other choice but death? And he seriously weighed this decision in his mind. What if he got a person who also drank to donate their liver? Then would he be permitted to drink?

His family pressed, the usual things, but kept telling me, Mr. O is smart. He is an engineer. He has many degrees. I am thoroughly equipped (through a long stretch of very sad experience) to discuss the pathophysiology of cirrhosis and liver failure and the way it is treated. I am very well-equipped, also through a long stretch of very sad experiences, to understand that addiction is a ruthless and nondiscriminating enemy. I have cared for enough intelligent patients to know that intellect is no defense against self-loathing. I have loved enough wonderful humans to know that a kind spirit and pure heart are not enough to protect some. And yet, when faced with The Family O, I was lost for the words to explain.

Intelligence is wonderful. An aptitude for learning, a curiosity and a drive to know, these things grease the wheels of life for those who possess them. But they are not what matters, nor do they protect against the worst of life’s cruelties. I am privileged to spend my years and days around some of the smartest, most motivated and hardworking people on the planet, people who dedicated their lives and superpowered brains to help suffering people. What is even more humbling than living alongside these people, though, is the number of them who have been plagued by addiction, who have died by suicide or the slow suicide of substance overuse, who have unraveled the lives they worked so passionately to create. In the end, the smartest of us cannot logic themselves into inner peace.

I wish they understood, that family, that I know. I know your brother was not born wanting this. I know he is a wonderful soul, or at least that he may be. Chances are very high that his light will never shine on another person, he won’t touch another life, and that is the cruelest thing of all. I wish they didn’t feel the need to tell me the struggles he endured, to justify this, to preserve some modicum of appreciation in me, a stranger, for this person they love. I hope they know. But I am not sure.

Anna Gaddy is a nephrology fellow. 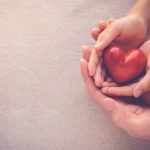 As a registered nurse, I do not want to violate my patients' rights anymore 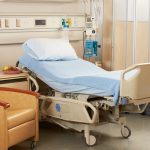