On a typical pandemic Thursday night, I found myself scrolling through TikTok.  This has turned into the guilty pleasure of my life.  Sometimes you need something to do that will make you forget about your own problems and work.  On this particular day, I came across a young woman talking about her experience in the military.  She appeared on my page, tears in her eyes, explaining her traumatic event with her alleged rapist.  She details the military’s inaction and goes on to discuss that this is why women in the military kill themselves.

I listened to her words, looking for clues.  Bucaineried in the language was her branch, a fake handle in the corner, possibly a first name at the top of the page, the fact that she had been in court that morning.  I could hear the pain in her voice.  As a mom and OB/GYN, I have learned the many sounds of pain.  My kids have an entire symphony of tears, the “I want to see friends” crying, or the “I miss school” tears, the broken bone piercing cries, and the heartbroken cries.  This cry was one I had felt in my heart before.  It was painful, feeling abandoned and betrayed by an organization you sacrificed so much for.  She was feeling the emptiness that comes from a lack of justice.  She had been assaulted, trusted in the system, and was not only betrayed by her colleague but the system itself.  I felt that deep in my core, I had been in that moment, and could feel the pain, and immediately worried about her safety.

As a civilian, woman, and physician, who had been indoctrinated into the culture of medicine, which sadly has many parallels to the military, you know that someone is in desperation mode if they are willing to speak out against leadership.  They have gone to the point where they have nothing else to lose.  They are willing to walk away from a career they worked their entire lives for.  This sentiment is repeated over and over again in the military and in medicine.

I have worked for years in an attempt to fix the medical culture.  I want to set up safeguards and addend an already existing bill that Senator Tim Kaine initially brought forward this summer.  However, on that Thursday night, I realized you can’t fix one without fixing the other.  It became clear to me that if toxic cultures that allow abuse, threats, intimidation, and violence are allowed to persist, fixing one work environment won’t fix the standard that has been created.

Women aren’t accessories, afterthoughts, or tokens to place on boards.  Women are leaders, fighters, activists, politicians, surgeons, friends, allies, and family.  Until we make sweeping changes to these industries that have gone ungoverned by the normal legal infrastructure, we won’t progress.  Medicine and the military have their own way of dealing with predatorial behaviors; much is swept under the rug, men in power are enabled, and many women are complicit.

We must take swift action to pass the legislation that Representative Raskin proposed to address sexual assault in the military.  We must protect the medical community, their mental health, and safety in the workplace.  We need safe reporting structures that could be housed in the NIH.  Women need a safe haven, where people will take their allegations seriously, give them resources, and treat them with dignity.

I’m proposing an addendum to Senator Kaine’s proposed Dr. Lorna Breen Health Care Provider Protection Act to address medicine’s underlying issues.  We need to change the physician license applications so people seek help when they need it.  We need to have a separate body housed in the national government that can track and trace predators in the health care industry.  Mental health support in the medical community needs to be barrier-free, without stigma, so we can drive the physician suicide rate down.  We also need women to finally have a seat at the leadership table, and when that happens, we will stop seeing their mass exodus from medicine.

We also have an ethical mandate to reform every organization that allows this behavior to continue.  We don’t just have a viral pandemic; we have one of discrimination, violence, and intolerance.  The only way to treat this issue is to cure it, not cover up the symptoms, which seems to be what we have done since the beginning of this country.  This is a public health crisis that needs to be met with just as much urgency as COVID-19.

The ACLU recently wanted to enroll women in the draft, stating that it’s unconstitutional for women to be excluded.  At first, I didn’t know how to feel about that issue.  However, on further review, if the country is going to fix the military and medical cultures, the wage gap, the discriminatory practices that permeate most work cultures, treat us as equals on all fronts, give us a seat at the leadership table, protect our girls and young women from discrimination, harassment, bullying, and threats.  Also, importantly, to start giving women reproductive rights, rights to health care equity, and the right to make decisions about their own bodies; then I will be the first to sign up for the draft.  You can’t pick and choose what rights you want women to have, and we will no longer let equality be weaponized. 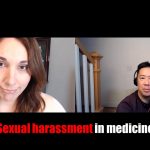 Medicine's contribution to my family 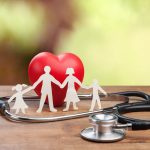 Protect the women who protect us
1 comments