“Listen to your patient; he is telling you the diagnosis.”

This quote from famous physician William Osler is as true today as it was 100 years ago. And yet the latest version of President Trump’s executive order on Medicare threatens what patients overwhelmingly want: a physician involved in their care.

Section 5-C of the President’s order focuses on payment parity and supervision of mid-level providers. Changes to either issue would create unintended consequences for the care of older Americans.

Regarding payment parity, the Trump Administration proposes that physicians, physician assistants (PAs), and nurse practitioners (NPs) be reimbursed equally for time spent with patients, despite significant differences in training. Current Medicare rules reimburse NP and PA services at 85 percent of what it reimburses for physician services.

In theory, the Trump administration is doing this to incentivize more people to become PAs and NPs and increase patient access to care. In reality, it’s financially incentivizing large hospitals and health systems to replace physicians with mid-level providers who can be paid less.

While NPs and PAs do good work within the health care team model and are greatly appreciated by many patients, polls recently conducted in Pennsylvania show the vast majority of patients still want physicians involved in their care.

Of the 3,300 Pennsylvanians who participated, 90 percent cited physicians as the most trusted health care professional to deal with chronic illnesses; 73 percent said physicians and NPs should continue to work together through collaborative agreements.

The results were similar in both urban and rural settings. For example:

Medicare figures to play an even larger role in health care delivery during the next few decades. One out of five Americans will be over the age of 65 by 2030, according to the U.S. Census Bureau.

As we age, the complexity of illness requires health care professionals who possess the clinical acumen to appropriately and effectively treat patients who often present multiple and complex conditions.

Physicians are the most capable professionals to meet the needs of patients with complex conditions. Their training is both longer and more in-depth than NPs or PAs.

Today, thousands of young high school students are dreaming of becoming physicians. Some may want to become pediatric neurosurgeons because of a friend who succumbed to a glioblastoma, while others are interested in family medicine after witnessing the healing touch of a physician’s hand on the shoulder of an ill grandparent.

Espousing a policy that fails to recognize the duration and intensity of medical education, as compared to training of non-physicians, and the significant differences in their clinical acumen, will send the wrong message to these students and may dissuade them from one day becoming physicians.

That is why I implore the Trump Administration to reconsider Section 5-C.

That is why, as the Centers for Medicare and Medicaid Services calls for comments on this executive order through January 17, 2020, I implore the Trump Administration to reconsider Section 5-C.

How physicians can deal with stress 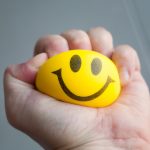 Please stop the over-diagnosis of UTIs 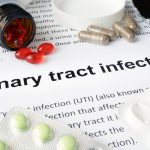