As an oncologist, I have seen the devastating impact of being told one has cancer. The reaction I most often see among my patients is fear that they’ve been given a death sentence, an urgent need for a plan, and hope that they will survive. I often want patients to know I too sense their urgency, and always strive for a plan to be in place once the diagnosis has been made. I want them to feel that I, and time, are on their side.

For some, the diagnosis is met with suspicion or even denial. “It can’t be cancer” because “I don’t have any history in my family” or “I follow a good diet and exercise every day.” It still comes as a shock to many that the majority of our cancers are not inherited and, yes, that nonsmokers get lung cancer and healthy people get cancer (of any type) too.

There are other patients who meet the diagnosis of cancer not with dread, but with curiosity. They are not anxious about what happens next, nor does it bother them if there is not an immediate plan in place. Instead, they approach the diagnosis with a desire to “just see what happens,” as if they’re more interested in the natural history of their own disease than in addressing it head-on.

Such was the case with Ginger*. She had been feeling unwell for several months and when she developed abdominal pain presented to a local emergency department. A CT scan of her abdomen and pelvis revealed an ovarian mass with evidence of spread. She was told it looked like ovarian cancer. Due to her symptoms, she went to the operating room emergently where the diagnosis was confirmed: advanced high-grade serous ovarian cancer. She recovered from surgery uneventfully and, following discharge, came to me as a new patient.

Ginger was not naïve about medicine; she had worked as a women’s health physician assistant in a nearby hospital and had seen her share of patients who were diagnosed with ovarian cancer. She knew the statistics, she knew what would be recommended for treatment, and she knew about the prognosis. During our conversation, she and I discussed her diagnosis as if we were speaking about a patient we shared in common, rather than speaking about her own cancer. We discussed studies and outcomes, whether progression-free survival meant anything without an overall survival advantage. Ultimately, I recommended standard treatment with six cycles of carboplatin and paclitaxel.

“Yes, I knew that was what you’d say,” Ginger said. “But I don’t think I want to do that. I’d prefer to keep my hair—and my hands.”

I had not expected that answer. Was she really going to reject adjuvant treatment?

“See, the way I see it, there are no guarantees of surviving this, even with chemotherapy, and I feel pretty good right now. I am wondering how long I can go before this disease starts to grow again, and if it grows, how it spreads. Will it go to my lungs? Will it come back as carcinomatosis?” she asked.

“So, basically, you want to learn what your own natural history will be? Obviously, you can decide what to do, and you need to know, as long as I feel I’ve done everything to inform your decision, I will support you. But, we do have a chance of cure if I treat you with chemotherapy. I think we understand how this cancer spreads and what will happen if I do not treat you. I just want you to consider this. You can benefit from the paths many women walked before, on and off clinical trials, that have helped us define how best to manage ovarian cancer.”

She nodded in understanding and, at the end of our meeting, promised to consider her next steps.

A few days later, she came back to clinic to speak to me. “I’ve decided to forego adjuvant treatment, Dr. Dizon. You make a lot of sense. But maybe it’s because I am curious to see how long I can stave off this disease with a renewed commitment to a healthy lifestyle, or because I want to see how long it takes before there is evidence of the disease progressing. That’s what I want to do. It’s not that I don’t want chemotherapy, but if the chances aren’t in my favor of surviving this cancer in the end, I want to get busy living now.”

I spent the rest of the visit making a plan for surveillance with her and, at the end, she left my office with a promise to return every six weeks for repeat evaluations. Although her decision not to undergo chemotherapy was not the one I wanted her to make, it was hers to make. Ultimately, each person with cancer must choose her own path — perhaps the greatest role we can play as providers is to prepare them for the turns and forks, and provide guidance and options along the way.

How ZDoggMD inspires this physician 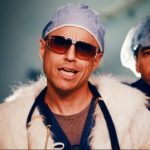 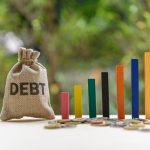