Though I owe a debt of gratitude to all of my internal medicine attendings, none of them can claim credit for getting me through the gulag of residency. That distinction, instead, belongs to Zubin Damania, alias ZdoggMD, an internist and purveyor of viral YouTube music videos.

I first became aware of Damania’s videos when a med school friend sent me a link to his online archives, resulting in one of those internet rabbit hole deep dives, when I came across one, “Hard Doc’s Life,” that was particularly resonant with my emotional state at the time.

In “Hard Doc’s Life,” over a simple, jangling beat, Damania raps about his harrowing life as a hospitalist, touching upon the frustrations of medical practice, while also pointing out the idiosyncrasies unique to his specialty. “See 20 patients but get paid squat / the radiologist just bought a yacht!” Damania snarls in front of a photo of a futuristic yacht from the French Riviera.

In another stanza, he snaps, “Too many patients for each of us / try to discharge make ’em pack / overdo it, they bounce back!” This is a sly dig directed at the euphemistically labeled “utilization review managers,” present in many hospitals, whose purpose is to ensure that doctors are being aggressive about sending patients out of the hospital so that new ones — a source of fresh revenue — will have a bed.

And on and refreshingly on, each couplet a glimmering truism that builds upon the previous one, so that the whole song, in its entirety, is three-plus minutes that, with sardonic wit, encapsulates the entirety of my residency experience. Needless to say, I was hooked. In my twenty-minute drive to and from the hospital, and also before I fell asleep in bed, I would play “Hard Doc’s Life” on a perpetual loop with the volume cranked up, a balm to soothe the stress of medical training.

One purpose of Damania’s satire is to entertain people, particularly us, the rising generation of millennial physicians raised on MTV. But he is also brandishing humor as a weapon against the status quo. What he’s saying induces laughter, yes, but the inequities he’s talking about are also disturbing, and even kind of sad. So we’re faced with an ultimatum: Do we continue to accept things as is, or do we change the system from the inside?

Long before ZDoggMD was an influence, I looked to rappers — Tupac, Notorious BIG, and Jay Z — to uncover kernels of life wisdom. I’m not sure if it was my way of rebelling against the tranquility of the suburbs I grew up in as a Chinese American teenager during the 1990s, or if I was simply trying to fit in with my friends, but rap blared over the radio spoke to me in a way no other music did.

A notable song of that era was “Hard Knock Life,” Jay Z’s take on a song that originated from the Broadway musical Annie. Indeed, “Hard Knock Life” is also the inspiration for Damania’s “Hard Doc’s Life.” Jay Z, arguably the most revered rapper of his generation, had humble beginnings as a drug dealer from the Bedford-Stuyvesant neighborhood of Brooklyn. When not selling dope on street corners, Jay Z would compose lyrics in his head, verses that described the harsh realities of growing up poor and fatherless. In “Hard Knock Life,” Jay Z boasts, with his trademark staccato flow: “I went from lukewarm to hot; sleepin’ on futons and cots / to king size, dream machines, the green fives.” Jay Z is bombastic, yes, but he is also positioning himself as a role model, as living proof of someone who, despite the odds, can rise to become a smashing success.

In their songs, Jay Z and Damania both seek to transcend their surroundings. Jay Z wants the world to know that he’s proud of where he’s from — an underprivileged area, perhaps, but also the place that’s molded him into the man that he is today. Damania, on the other hand, though part of the medical system, positions himself as an outsider, a court jester with an eye for finding hilarity in an otherwise aggravating situation. Importantly, while Damania is borrowing Jay Z’s beats and hooks, he is not satirizing Jay Z himself or his upbringing. Instead, Damania is using Jay Z’s ingenuity as a conduit for poking fun at the medical establishment.

Damania’s personal story sheds light on why music videos are, for him, a form of catharsis. According to his TED talk, after almost a decade as a hospitalist, Damania felt powerless within the medical system, so he started making music videos as a way to cope with his exasperation. Though they were posted on the internet for everyone to see, Damania was hoping that his professional colleagues wouldn’t come across them.

Yet in a twist of fate, the next phase of Damania’s career directly resulted from his side gig. Tony Hsieh, the multimillionaire founder of Zappos, the online shoe store, saw Damania’s videos and recruited him to establish a new health clinic in Las Vegas. In a sense, Damania’s career arc is a sign of the times. Rather than air grievances through traditional print media, he takes to the internet to reach millions of people. And rather than languishing at a job only to pay the bills, Damania packs up his bags to start afresh on a path that offers the opportunity for fulfillment.

So thanks, Jay Z, for being an inspiration for me, ZDoggMD, and countless others. And thanks, ZDoggMD, for your satirical videos. Even though I’m no longer a resident, they continue be a source of encouragement for me as an attending.

Cancer can be an adventure into the soul 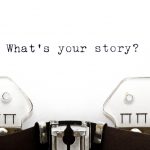 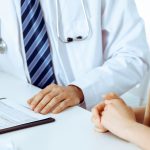