The doctor shortage across the United States is coming and has the potential to be painful to millions of Americans. According to the Association of American Medical Colleges, by 2023, the country may experience a deficit of up to nearly 122,000 physicians. With more and more Americans getting access to health care because of policies like the Affordable Care Act and Medicaid expansion, and with the aging population, medical schools across the United States have a vested interest in ensuring that as many of their students graduate and successfully pass all steps of the USMLE, the medical licensing exam.

Without more practicing doctors, especially in underserved areas, this expanded access will not be as valuable to patients’ lives as it could be. This is has been a slow-motion crisis for many years, in large part due to an aging population, but it goes beyond that, and medical educators have a role to play in remedying the situation.

The question remains: Are medical schools doing enough to support their students who are at risk of dropping out or not passing the board exams?

For years, most medical schools have placed a priority on helping students pass Step 1 of the USMLE, which is commonly seen as the most challenging exam and is more comprehensive than other exams taken throughout medical school up until that point.

But something is changing for USMLE Step 2 exams that medical schools should pay attention to — something that may lower the pass rate of their students.

These three subcomponents of the Step 2 CS all have to do with professional identity formation: learning the knowledge and skills (including social skills) that make you an effective practitioner who is communicating vital information to patients and colleagues.

When it is time for board exams, we need to make sure that we assess professional identity formation as part of the USMLE Step 2 CS. And in order for aspiring physicians to become the professional they need to be, they have to first practice under realistic conditions.

This topic or professional identity formation is not without controversy. And this educational approach has some doubters.

The research behind forming an identity is highly psychological/social of which the data is much more qualitative than quantitative. Many clinicians don’t think of these disciplines as being easily tied to models they’re used to: the evidence-based ways of thinking, which is more quantitative. But the fact is that assessments of medical professionals do involve those psychological/social layers. They’re actually built into the USMLE exams. Step 1 focuses mainly on knowledge, but Step 2 starts to assess the makings of the professional.

It’s not only about whether you have skills, but also whether you can apply them in a humane way, performing those skills in the right order, and thinking about who you’re going to be as a professional.

Step 3 pulls all of this together: now that a learner has the knowledge and skills and have used them in their professional endeavors, this test assesses whether they can competently practice individual private care, not just under the graduate medical banner.

By working together, the whole medical educational community can come up with ways to address concerns about the development of professional identity during medical training and maintain strong USMLE pass rates at all steps in the process.

Molly Johannessen is a medical learning consultant, physiology faculty, Kaplan Medical. She can be reached on Twitter @drjohannessen1. 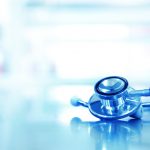 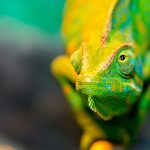