You’ve probably heard this one in one format or another: kid gets wisdom teeth yanked, dentist prescribes a handful of Vicodin, next thing you know, he’s on the street busking for change to pay the man for the big H.

Meanwhile, the dentist is on cruises paid by Big Pharma and taking kickbacks from his local drug dealers.

This author is here to tell you that such yarns have probably been verified, but their existence approaches zero.

Who am I? A retired board-certified oral and maxillofacial surgeon with almost 30 years of experience in clinical and academic settings. Did I mention that I was also an examiner for my specialty board, a director of a university-based multi-disciplinary pain clinic and a physician examiner for the notorious Joint Commission? Well, I was.

I wrote narcotic prescriptions almost every day. By the way, when and how did the term get switched from the precise “narcotics” to the obsequious “opioids”? Asking for a friend.

I am aware of some of my patients who used illegal drugs beyond my care.

My prescribing routine did not make them drug addicts. They had psychosocial predispositions or previous exposure to substance abuse or both. Getting three days of postoperative Vicodin is, for them, just three easy days of drug-seeking.

It seems that the media imply that doctors were on the dole from drug companies to “push” the Vicodin, Percocet, and Dilaudid. Somehow, for almost 30 years, they never knocked on my door. I’m not an exception.

If you know of any study documenting addiction to Tylenol #3, would you share it with me? Do journalists and legislators know that codeine is metabolized in the liver to … morphine? A morphine precursor that does not lead to injecting heroin and fentanyl in a back alley with a dirty needle. Things that make you go hmm.

Meanwhile, government agencies are including tramadol (Ultram) as a gateway narcotic. It is a mild agonist, and drug-seeking patients, in my experience, do not want it as there is little to no euphoria. Yet, it is an effective pain med.

Patients without confounding factors stop taking prescribed narcotics when the pain stops. They mostly don’t like the euphoria, and they dread the eventual constipation.

When I was a young surgeon, the CDC and FDA were sending pamphlets to doctors telling us not to be afraid of state medical boards and dental boards because appropriate use of narcotics was a good thing and was under the prevue of the practitioner to decide dosages and length of use. The Joint Commission’s implementation of the 5th vital sign turned things around on a dime. I was there at the time. I thought it was a good idea. Did Purdue hypnotize me? No. Big Pharma weaponized the 5th vital sign concept.

Now that opioids are verboten, alternative practitioners (chiropractors, acupuncturists, naturopaths, Ayurveda practitioners, massage therapists, etc.) have come from the woodwork to flash their magic in front of federal and state legislative bodies as the means of keeping patients away from the evil allopaths with their prescription pads. God help these vulnerable patients.

By the way, legislatively regulating actual numbers of tablets or capsules is a false premise when one first considers patient size, weight, history, and other medications. Anyway, despite all the hand wringing, for several years, narcotic prescriptions have declined dramatically while illegal opioid use has skyrocketed. How can that be?

Many deaths are attributed to polypharmacy. Heroin addicts are not averse to a few swigs of Thunderbird or getting their hands on a variety of benzodiazepines, SSRIs, barbiturates, and good old marijuana. Most patients with histories of polypharmacy abuse do not disclose their substance abuse to their doctors. I can’t tell how many times patients disclosed, under sedation, smoking a joint before coming to the office.

Meanwhile, patients well-managed of narcotic pain medicine are threatened with confiscation and governmental control for their medical supervision.

EMRs and digital transmission of prescriptions can allow authorities to evaluate trends in distribution, patient’s doctor seeking, physician’s gross abuse of DEA license, excessive distribution by pharmacies, and unnecessary levels of manufacture. This might be a good place for government institutions to begin. Instead, harassment of private practitioners appears to be easier for them and their legislative overloads.

As always happens, organized medicine has abandoned those that pay the dues to placate Big Government. Every professional organization I ever belonged to from AMA to ADA on down, now has a policy berating the status quo ante that served our pain patients for decades.

As individuals, we must not be hypnotized by government, organization, snake oil salesmen, and testy Twitter folks. Let’s stop accepting villain status from the media, the government, and organized medicine.

William C. Donlon is an oral and maxillofacial surgeon and can be reached on Twitter @bildonlon.

A possibly fishy complication of an Alaskan cruise 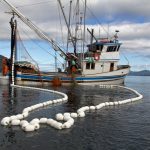 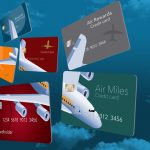 I’ve prescribed opioids to patients. And I’m not a villain.
90 comments