Many consider the novel the House of God, written by Samuel Shem (pen name for Stephen Bergman), to be a must-read for any physician or soon-to-be physician. A fictionalized account of his internship year, the book details how the accumulated stress, fatigue, and powerlessness of being a first-year doctor inexorably accumulates during that year — with sometimes hilarious, and but also disastrous, results.

The survival strategies of the interns in the book under such circumstances are not pretty. Cynicism becomes the default attitude, an us-versus-them camaraderie that considers the “them” to be not only hospital administrators and older staff physicians — but painfully, the patients, too.

Other survival tactics fall into the “instant gratification” category — the book is packed with sex, and drinking (but especially sex) — which no doubt boosted its readership, and also (warning) makes re-reading it today somewhat cringe-worthy, I imagine especially for women.

This insider look delivered by The House of God was at first widely criticized by the medical establishment. However, over time, the book has become a canonical and widely praised real-world depiction of internship — many doctors I know have read it, and it even appears in the humanistic curricula of some medical schools.

I first read the book in college, a time when I was seriously considering medical school. I found it funny, and surprising — could young doctors really be having so much sex? — but also quite sad (one of the characters takes his own life). And the grotesque depiction of the patients, especially the elderly and infirm, made me very uncomfortable, an undoubtedly intentional goal of the author to show how depersonalizing the whole experience had been.

Frankly, it filled me with dread about the prospects of becoming a doctor.

Re-reading it later, some years after my own training, I saw the extreme perspective as a necessary cry for help — these interns clearly manifested all the characteristics we now commonly refer to as physician burnout.

I could also appreciate the clinical insights embedded in the famous “Laws of the House of God” —  #3 is absolutely brilliant:

3. At a cardiac arrest, the first procedure is to take your own pulse.

So my re-read found nuggets that included a human side to doctoring — The Fat Man character is clearly a great clinician — albeit these are few and far between. It’s no wonder that the online reader reviews of this book are so disparate, with plenty of angry one-star reviews mixed in with the general praise.

So why is it in the news now? And why bring it up here?

JAMA this week published a thoughtful perspective on The House of God, plus a piece by Bergman himself. It’s not just to mark the 40th anniversary of its publication; Bergman plans to release a sequel in November. Entitled Man’s 4th Best Hospital, the book will attack the current focus of healthcare on money, and screens, in particular, electronic medical records, targets deserving of satire.

From a “pre-review” by WBUR’s Carey Goldberg:

But more than 40 years on, author Samuel Shem trains the satirical sights of his sequel on two particular targets: screens and money. And he connects them, pointing out that the electronic medical record systems that drive many doctors (and patients) crazy are really fundamentally billing systems pretending to be care systems.

With one of his ultra-simple syllogisms, the Fat Man sums it up:

Sounds like it will be another cry for help, this time to get us back to connecting with our patients — to pull us away from our electronic billing (I mean medical) records, and to care for them. I look forward to reading it!

As for why here, on an ID blog, regular readers might have gathered over the years that I have an interest in baseball.

The House of God reminds me in many ways of another book from that era, the baseball classic Ball Four, another insider look at an extreme work environment — this time playing professional baseball. (And also, for the record, Kitchen Confidential. But that’s a different post.)

And recently, as JAMA released its pieces on The House of God, we baseball fans learned that the author of Ball Four, Jim Bouton, had died.

Just like The House of God, it also appeared in the 1970s, and was similarly widely criticized on release by the establishment — this time, the baseball establishment, who preferred a more white-washed, athlete-as-hero illusion of the players. But despite their protestations, the book was a huge critical success, and is now celebrated as a heartfelt and accurate account of what it’s like to live through the grind of a not-so-successful baseball season.

Also like The House of God, the book is very funny, and the players resort to plenty of sex and drinking (but especially drinking this time) — ways to overcome the stress of incessant performance demands, contract disputes, and relentless travel in a sport where management can dispassionately trade you to another team or drop you to the minor leagues for any decline in productivity.

But Ball Four differs from The House of God in two critical ways. First, it’s an autobiographical account, not fiction — these are real people, and it’s Bouton’s voice we hear telling the story.

Second, and more importantly, the joys of playing the game come through strongly. The many problems Bouton has on that 1969 Seattle Pilots team notwithstanding, he clearly loves baseball and deeply respects the hard work and talent it takes to succeed at this professional level.

A much-quoted line from Ball Four captures this love perfectly:

A ballplayer spends a good piece of his life gripping a baseball, and in the end it turns out that it was the other way around all the time.

There’s nothing like this in The House of God — no joy from patient care, or their gratitude, or how rewarding it can be to master medical information over the course of residency, and then pay it back by teaching medical students and interns. Sure, there’s camaraderie in the book, but much of it is soured by the brutal experiences they are living through.

One of my colleagues has suggested that people wait until after they complete residency before reading the book.

Having health coverage isn’t the same as being covered 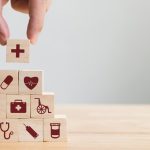 When should physicians read the House of God?
5 comments