“I just don’t know what to do, how to help.”  My patient’s wife was slumped in the plastic chair by her husband’s side, fatigued and beleaguered.  She had been there for hours, days, as we waited for antibiotics to start fighting back against the infection that had overwhelmed his body.

“What sort of music does he like to listen to?”

“Depends on what he’s doing.  Zeppelin to work on the car.  Jazz for road-trips.  He’ll tolerate my Velvet Underground when he wants to hang around in the kitchen and taste-test what’s cooking.”  A faint smile crept into her face.

The helplessness experienced by families sitting by the bedside of a patient who is intubated can be traumatizing. I’ve served for two years as the embedded psychiatrist in a medical intensive care unit (ICU) of an academic medical center.  My learning during this period has extended beyond clinical experience: one does not, after all, live with prolonged daily exposure to extraordinary vulnerability and strength evident in people from such a heterogenous mix of ages, backgrounds, and diseases without evolving new perspectives on meaning and memory-making.

One way of engaging patients who appear withdrawn, dysphoric, apathetic – or, alternatively, bored, restless and floundering for ways to fill the hours as they gradually stabilized from their critical illness – has been to stream music of their choice at some point in the interview.   When I look through the music apps on my iPhone, the lists conjure images and narratives of many of the patients for whom an alliance was struck by a shared listening experience.

There was the young man who was intubated for weeks, whose father said he liked The Eagles, which we thus played routinely.  When the breathing tube was finally removed, the patient noted that actually he was not at all a fan.  (Hence my queries to the healthy about their ventilator music:  perhaps it could be a suggested part of the advanced directive!)  There was a woman starting to stabilize after several critically ill days who requested the rapper Twista’s Slow Jamz – her daughter jumped up and said, “Oh, Mom, that’s just so wrong in so many ways!”  They shared a laugh, a moment of lightness amidst significant tension.  And they settled on Marvin Gaye instead.  There are, of course, the challenges of the “whatever you like” request – those I punted, reaffirming to the patient the choice was theirs alone.  Sometimes that meant no music.  Other times it prompted a request later during the interview, or the next day.

We are learning a lot about music and the mind, the ways listening activates the brain, the differential ways it does so depending on whether you learned an instrument from an early age.  The research ranges from neuroimaging to music therapy.  I could intellectualize the experience, reasonably justify these engagements from a neurobiological basis:  activating the hippocampus, which stores memories great and small; the auditory cortex for most and visual cortex for those who at some point played an instrument intensively.  The point of choosing their favorites has a strong physiologic rationale as well:  it’s not necessarily about the type of music, per se, but about music preferences that activate limbic and cortical circuits, provoking a neurochemical milieu with dopamine, serotonin, and oxytocin awash in musical and autobiographical nostalgia, mobilizing the pleasure, reward and motivation centers in the brain.

Ultimately, though, this exercise felt more consistent with a trauma-informed engagement: one can have limited voice and choice as a patient in the critical care setting: here was a chance to choose.  Sometimes the choice not to listen to anything was equally empowering.  Other times it created space for a connection that derived from the patient’s own cultural and lived experience.   One opportunity here was to share the experience of listening to a piece of music – not critically or analytically, but narratively.  It gave patients an opportunity to drift back to a time and place that was generally much more positive than the one in which they found themselves.   When it worked, out of the silence that followed the song’s end, meaningful history-taking and symptom reports would emerge.

A recent patient’s playlist remains salient. She was elderly woman with end-stage COPD, irritable and withdrawn on admission, who opted for music of the 1980s because it reminded her of her only daughter, who had died a decade ago.  Music, for this patient, “makes me feel nearer my girl.”  I was surprised by her ice-breaker request of UB-40 I can’t help falling in love with you.  She reached out to take my hand when the lyric indicated accordingly.  What followed was a substantive and helpful discussion about how she understood her survivorship of significant traumas as a child, and devastating losses as an adult and parent.

When it was time to go, I asked, “What should we hear next when I stop by?”  Her answer: Squeeze, Pulling Mussels from a Shell.  And winked.  The next morning, it was The Cure’s Lovecats.  The discussion that followed the song’s finish addressed how, on the one hand, she welcomed death as a chance to stop feeling chronic shortness of breath, pain, and the frailty connected with it, afraid to hope that she would reunite with her daughter in some way, while on the other hand still having more movies she hoped to watch and other activities she wished to do.

Her request for the next morning: INXS Never Tear Us Apart.  She passed away overnight, so the next morning I listened to the song anyway, in its entirety.  She had told me her husband didn’t really know what to do when he was at the bedside. He couldn’t just keep her company; they would argue, but she missed him.  She had passed away with a nurse at her side instead.   I wished I’d called and given him her next song request.  Perhaps they could have listened to that together, just once more.

Nomi C. Levy-Carrick is a psychiatrist.

Who are the real superheroes of medicine? 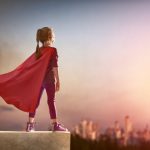 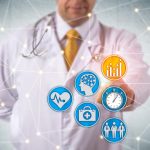