The emergency department is a place of unpredictability. Some days are a whirlwind, others drag, but both can be interesting. On a calmer day, I found myself, a fourth-year medical student, working with a physician I will call Dr. Smith. We discovered that we shared a common love for music, and between patients, we discussed everything from opera, to banjo, to Indian music. I am a composer and amateur classical pianist, and he often takes the train to New York City to catch an opera at the Met. It was refreshing to have such a friendly conversation with an attending, who almost never have time for lowly medical students.

A few days later, I was working in the “green zone,” or the place with the lowest acuity patients. It was empty. Near the end of my shift, we heard someone say that a trauma had come in and that there were two family members covered in blood. I walked to the trauma bay to see the action for myself.

Trauma surgeons, emergency physicians, residents, and nurses, all wearing plastic blue gowns and face masks, encircled the patient’s bed. I stood at a distance, near the doors, where a few policemen and others joined us. All I could see through the crowd were the patient’s feet. Pale as a corpse, I thought.

A nurse was trying in desperation to open a bag of fluids and hang it; she was shaking. Someone in scrubs and a mask approached me. “Is he still going to the OR?” he asked.

“I have no idea,” I said. I realized that with my scrubs, hospital fleece, and stethoscope, I looked like I should have known the answer. He nodded his head in understanding, and continued on until he found someone who could answer his question.

Someone stepped away from the patient, giving me a better view. The patient’s chest was wide open, and a doctor was performing a cardiac massage. In simpler terms, this person held the patient’s heart in her hands, squeezing it at the appropriate rate, trying to maintain blood flow to this man’s organs.

“Put it at 30 joules,” a doctor commanded. “Clear!” The patient was delivered a shock, to no avail.

I noticed Dr. Smith among the crowd. I nodded my head to him as a greeting, still enraptured by the action before me. He smiled and walked away.

The cops began to talk among themselves. “He just came up — BOP BOP BOP! — had a black mask and all …”

The energy in the room continued its crescendo, as the patient was defibrillated a second and third time. Dr. Smith was suddenly at my side again, handing me a USB flash drive.

“The stuff we were talking about the other day. Some Goat Rodeo, some Netrebko, oh and some Kaufmann stuff too I think. Let me know if it works, I did it on Linux, and I’m not sure if it will give you any trouble.”

“Wow, thanks!” I responded. I was in shock that this attending had remembered our conversation and gone out of his way to burn all of this music for me. “I’ll definitely check it out, I really appreciate it.”

As he walked away, time began to slow down. I saw myself in this situation as if from above. The juxtaposition of this kind, thoughtful act with the horror unfolding before me was shocking. I was completely stunned that Dr. Smith had chosen this moment to give me this gift. Never before had my thoughts been stretched to such extremes. I alternated between dazed appreciation and anxiety as I tried to process it all.

“Does anyone have any other ideas?” the trauma surgeon shouted. “No? Alright, time of death 10:22. Thanks, everybody.”

Gowns were torn off, masks thrown away, and everyone dispersed, returning to whatever they were doing before. I stood outside the suddenly quiet room, holding my new USB, looking for someone to talk to, but everyone was already busy once more.

On my way back to the calm of green zone, I passed a young man in the hallway. His shorts and t-shirt were so completely soaked in blood that it took some time to realize that his shirt was probably not red when he left the house that day. He stood hunched over, hand over his forehead, crying on the phone.

“I don’t know, they just came up and shot him, I’m covered in blood,” he stammered. I kept walking.

The green zone was so slow I was dismissed. I walked past the trauma bay one more time, past the body, and out the doors to my car. I drove home with the windows down and the radio off, not wanting to disrupt my thoughts.

It was 11 p.m. in North Philadelphia, late summer and still a bit humid. Groups of young people walked down the streets together, laughing and carrying on. Cars drove by, blaring their music. The mood was cheerful. It was strange to think that our patient had been shot somewhere in this neighborhood just an hour prior.

I wondered how the patient’s family was reacting after hearing the news. I questioned how emergency physicians are able to see such suffering and violence daily and still continue with their lives. A piece by Franz Schubert played in my head, his Impromptu in F-minor, Opus 142 No.4. Oddly enough, the flash drive given to me by Dr. Smith contained quite a bit of Schubert’s music. It is a chaotic piece with a lot of ideas packed into a short amount of time, much like what I had just experienced. I let the music replace my thoughts as I drove through the night.

Thomas Scary is a medical student.

Respiratory syncytial virus: Are we making any progress? 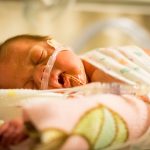 Think of the person behind the cells: the motivations of biomedical research 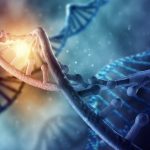 A place for music in the emergency department
3 comments