Claire Elise Boucher, 31, known professionally as Grimes, is a Canadian singer, songwriter, record producer, and visual artist. Her music incorporates elements of varied styles, including dream pop, R&B, electronic music, and hip hop. Since 2018, Boucher has been in a relationship with technology entrepreneur Elon Musk.

Grimes recently became the star of a new Adidas advertising campaign. In announcing this new collaboration, Grimes took to Instagram July 15 to talk about her training regimen. In addition to taking supplements such as NAD+, acetyl l-carnitine, and magnesium to maximize mitochondrial function, she does a daily 1-2 hour sword-fighting session with a trainer. After 45 minutes of stretching, she heads to her studio where “my mind and body are functioning at peak level, with a neuroplastic goal between 57.5 and 71.5 AphC’s (which is my preferred range for my blood type).” This is followed by a 20 to 25-minute screaming session followed by honey tea to “maximize vocal proficiency.”

This is enough to get most people to say “Huh?” but it’s the following quote that has many really scratching their heads:

“I have also eliminated all blue light from my vision through an experimental surgery that removes the top film of my eyeball and replaces it with an orange ultra-flex polymer that my friend and I made in the lab this past winter as a means to cure seasonal depression.”

Whether Grimes was just joking or if she really did undergo experimental surgery, it brought a few interesting questions to mind: What harm is caused by blue light? Are there consequences in removing blue light from a person’s vision? Is there any evidence that eliminating blue light can treat seasonal affective disorder? We went to the scientific literature to see what the evidence supports.

Can blue light cause harm?

Research has long suggested that various wavelengths of light can cause damage to the skin and eyes. Ultraviolet light (180-400nm) can cause erythema, skin cancer, photokeratitis of the cornea, and the formation of cataracts in the lens. Infrared radiation (2-50 μm) can cause thermal damage to the cornea and lens and lead to opacity. Although the anterior eye structures are most affected by UV and IR, they are very efficient at blocking those rays from the light-sensitive retina.

On the other hand, virtually all blue light (400-480 nm) passes through the cornea and lens and reaches the retina.

Blue light is everywhere. The main source, of course, is through sunlight, however, there are an increasing number of man-made sources. These include fluorescent and LED lighting, computer and television screens, as well as smartphones and electronic tablets.

Research has found that blue light can damage the retina with both acute and chronic exposure. Blue light exposure has been implicated as a risk factor for the development of age-related macular degeneration (AMD). A photochemical reaction of blue light with a chromophore, most likely lipofuscin, can lead to the release of cytotoxic reactive oxygen species (ROS), which is known to contribute to the development of AMD.

Interestingly, as we age, the color of our initially clear lens slowly changes to a yellowish/brownish color. This acts as a natural “blue light filter,” although it tends to make blue colors seem faded or “washed out.”

Does the blue light from man-made sources harm our vision? So far, the research says no. Hagan, et al. measured the irradiance from a variety of sources (computer, laptop, tablet, and smartphone screens) and compared them to international exposure limits as well as the exposure likely to be received from staring at a blue sky. They found that “none of the sources assessed approached the exposure limits, even for extended viewing times.” In addition, in 2018 the European Commission’s Scientific Committee on Health, Environmental and Emerging Risks (SCHEER) concluded: “that there is no evidence of direct adverse health effects from LEDs in normal use (lighting and displays) by the general healthy population.”

In addition, blue light is known to affect circadian rhythms. During the day, it boosts attention, reaction time, and mood, but at night too much blue light can wreak havoc with our sleep. This is why sleep experts recommend that we avoid looking at bright screens beginning two to three hours before bed.

Would blocking blue light cause any problems?

Blue light plays an important role in color distinction and scotopic (night or low-light) vision. S-cone and rod photoreceptor cells, which are responsible for these functions, are maximally sensitive under blue and blue-green light environments. As mentioned above, blue light is also an important factor in circadian rhythms. How would blocking blue light (either permanently or intermittently) affect these functions?

Another group of studies looked at patients who had undergone cataract surgery. The diseased lens was replaced by an intraocular lens (IOL) that can filter ultraviolet (UJVFIOLs) or blue light (BFIOLs). BFIOLs are also referred to as yellow- or orange-tinted intraocular lenses.

These types of lenses were developed to decrease the incidence of color distortion post-cataract repair. IOL recipients often notice a blue tinge to their vision after surgery, called cyanopsia. In addition, lens developers hoped to reduce or eliminate the effect of blue light on the retina and in turn to reduce the risk of AMD. Other proposed benefits included improvement in contrast sensitivity and reduction of glare.

Downes’ review of the literature concluded that there is good evidence that a BFIOL “does not impair visual acuity, photopic, scotopic, or color vision, nor does it affect the sleep-wake cycle. In addition, there are some definite and theoretical benefits associated with implanting a BFIOL, including improved performance in glare but more importantly protection of the retina against short-wavelength light.”

A 2018 Cochrane Review by Downie, Busija, and Keller had a more measured conclusion. They felt reasonably confident that there is no significant difference in distance vision between BFIOLs and clear lenses one-year post-op. However, they felt there was insufficient evidence on contrast sensitivity and color discrimination. In addition, no decision could be made on whether BFIOLs protected against AMD as there were no subjects on either side who developed AMD during the trial periods.

Bright light exposure is a well-established treatment for seasonal affective disorder (SAD). But this white light is a broad spectrum of visible light. But is there is an optimal wavelength combination for the treatment of SAD? Several studies have looked at the effect of white light vs. blue light vs. red light on SAD symptoms. In general, those studies show that blue light was as effective as white light and that both were more effective than red light. One study by Gordijin, et al. found that “low-intensity blue-enriched light may be as effective as standard bright light treatment.” They went on to say: “The possibility of improving light therapy for SAD patients by applying light of shorter duration or at lower light intensities is highly relevant for optimizing treatment.”

A PubMed search could find no studies that assessed treatment of SAD with blue-blocked light. Do any of you have any experience with this?

How a collarbone fracture made this physician remember her past 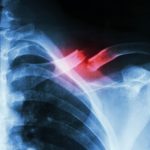 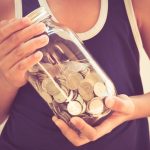 Elon Musk’s girlfriend had eye surgery for depression. Is there science behind that?
2 comments