This month marks the 12th anniversary of Obamacare’s passing. Was it perfect? No. It was meant to be a starting block to cover a widening gap in the nation’s health equity. It became less effective because of direct attacks by politicians who then used the failures to point a finger back at President Obama for nothing other than party-line politics. The Affordable Care Act was largely borrowed from Mitt Romney’s state policy. It was adopted in Kentucky, but due to the state’s distaste for the then-president, then-Governor Beshear changed the name to Kynect when adopting the Medicare expansion. The approval ratings for Obamacare vs. Kynect in Kentucky were 20 percent to 60 percent despite being one and the same.

Here we are in 2022 after over two years of the COVID-19 pandemic, and nearly a million Americans have died from the virus, roughly a quarter unvaccinated and preventably. It’s impossible to quantify the morbidity. Systemic inequity and racism made COVID an especially threatening issue for Black and minority Americans. Non-Asian minorities were more likely to be unvaccinated during Summer 2021 and these cases must be looked at as victims of misinformation. They seem to have been a target as Robert F. Kennedy Jr. released an anti-vaccine film last summer specifically for Black Americans. Through every phase of the pandemic, the poor have been disproportionately affected, which is to say, minorities.

A Black man wanted to give more people, including Black and minority citizens, increased health care access to fight health inequity. This would lead to upward economic mobility; health is wealth, after all. If it had been the same policy with the Romney name would we be in the same place?

For 12 years, I’ve studied to become a doctor and watched the attack on health care reform. I love medicine, but I hate the system as it has stood. The world’s wealthiest nation should not have such poor health outcomes. I believe that health is part of the “pursuit of happiness” guaranteed by our Constitution. When health went away, we saw how so did our happiness during the last two years.

Please don’t take it for granted again. Please take politics out of science and medicine; they serve to improve our nation and its health, not harm. Please support each other’s health in both policy and individual action. Please get your safe, effective COVID vaccines and boosters and wear a mask indoors just a little longer. We have come this far.

Allison Neitzel is a physician. 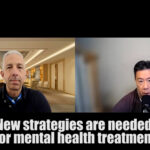 Take politics out of science and medicine
4 comments