Recently, the Food and Drug Administration approved a nasal spray version of the drug Ketamine, named Spravato (esketamine), for use as a supplement to oral antidepressants taken by adults living with treatment-resistant depression.

The announcement was accompanied by a flurry of media excitement as Spravato is the first medication for depression with a new mechanism of action since Prozac (fluoxetine hydrochloride) was approved in the late 1980s.

The risks of Esketamine are far from insignificant and include sedation, disassociation, misuse, and abuse.  For these reasons the spray will be available through a restricted distribution system and comes with a black box warning.

Nonetheless, its approval has been eagerly embraced as a powerful new tool to fight intractable depression with emphasis being placed on it’s silver bullet potential to rapidly relieve the symptoms of chronic, debilitating depression.

The powerful allure of silver bullets and heroic care

Watching the news coverage of this announcement, along with powerful patient testimonials of life-altering transformations, I felt an uneasy sense of déjà vu.  The familiar sense of how a tsunami of zeal gathers to embrace silver bullets.

This déjà vu comes from my experiences as a frontline clinician who has worked through many cycles of medication launches. Launches which stimulated hope on a mass scale only to over promise, under deliver and sometimes end in tragedy.

The cadence of these stories has striking similarities.

A medication is pushed onto the market with much fanfare (and marketing dollars from Big Pharma), and stories rapidly spread that it is a magic bullet, a panacea for the most stubborn symptoms. It quickly becomes the medication du jour.

Doctors don’t want to be accused of not being able to keep up with the latest and greatest discoveries and are eager to provide heroic relief to their patients who are suffering. Pressure builds to prescribe from patients (who are exposed to direct to consumer marketing), professional societies (whose guidelines and policies are heavily influenced by opinion leaders who often have a financial connection to the medication in question) and even hospital groups and medical regulatory agencies.

Soon begins a journey down a slippery slope.  The medication starts to be prescribed at higher than recommended doses and for medical conditions for which they do not have an FDA indication and for longer than they were supposed to be. The medication becomes over-prescribed by doctors and abused by patients. Doctors who are not specialists, in that field, start to prescribe, professional guidelines get diluted, oversight and caution are thrown to the wind.

In the future, this cycle can be broken if the tsunami of zeal behind heroic care does not drown the equally important provision of incremental care.

The invisible nature of incremental care

The act of writing a prescription is easy, but the job of providing the steady, intimate incremental treatment that really helps patients over the weeks, months and years that follow is much harder and too often gets pushed to the side.

Incremental care involves: taking the time to build a therapeutic alliance with your patient; being thorough in your diagnostic evaluation; fighting for organizational scaffolding to support your practice; ongoing communication with your patients loved ones and the other doctors involved in their care; continually educating your patient about the vital importance of sleep wellness, healthy nutrition, regular exercise and other lifestyle factors that negatively impact their mental health and an eternal watchfulness for side effects, lapses in treatment adherence and if your patient is taking medications or other substances that could have negative interactions with prescription medications.

Providing incremental care means: having a healthy skepticism about pills that are touted as miracles for complex health conditions; remembering that with new medications it takes time for the full array of side effects to emerge; only trying newer medications when tried and tested options have failed and tapering patients off medications when they no longer need them.

The hope is that Spravato (esketamine) will improve the lives of millions of adults living with treatment-resistant depression.  But let’s not forget the incremental care that will be vital to turning that hope into a reality.

Shaili Jain is a psychiatrist and can be reached at her self-titled site, Shaili Jain, MD, and on Twitter @shailijainmd. She blogs at The Aftermath of Trauma on Psychology Today, where this article originally appeared on March 19th, 2019..

Practicing medicine in a divided country 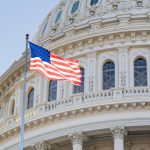 Reminding ourselves why we practice medicine 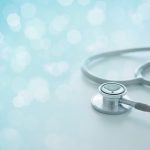