I was an intern, doing a rotation in the coronary care unit (CCU) of a large urban hospital. It was very challenging: The patients had complex medical issues, and my fellow residents and I were given lots of responsibility for their care. Still, I felt I was finally getting the hang of residency.

One of the first patients I saw was Mrs. Smith, a middle-aged woman who had come to the emergency room with chest pain. We admitted her to determine whether she had coronary artery disease that might lead to a heart attack.

Mrs. Smith was a kind, soft-spoken woman. Her daughter, Crystal, in her twenties, had inherited her mother’s brown eyes and hair. She lived with her mother, was very involved in her care, and made sure that we knew her full medical history.

Mrs. Smith complained of vague, diffuse chest pain, abdominal discomfort, nausea, and vomiting. Aside from a surgery several years back to replace her aortic valve, she had no previous cardiac history. She had a mildly elevated heart rate and lower abdominal tenderness. Her cardiac workup included electrocardiograms, an echocardiogram, and blood tests for cardiac enzymes; all were unremarkable. Further tests revealed an elevated white blood cell count and numerous white blood cells in her urine. This led us to suspect a urinary tract infection, so we treated her with antibiotics. Over the next few days, as we monitored her, the symptoms completely resolved.

Mrs. Smith had few complaints. On rounds, when we’d ask, “Mrs. Smith, how are you feeling this morning?” her typical reply was, “I’m feeling much better, thank you.”

But Crystal remained very worried about her mother. She visited every day, and her visits all went the same way.

“How is my mom today?” she’d say, then ask me to review her mother’s treatment plan and explain why we’d chosen it. Every day, I’d describe how we evaluate for coronary disease and why, in Mrs. Smith’s case, a urinary tract infection seemed more likely. Sympathizing with Crystal’s anxiety, I spent as much time as I could trying to reassure her. Mostly I felt that she trusted our decisions about her mother’s care — but each time she repeated her questions, I’d feel less certain.

Mrs. Smith’s lab test results continued to improve, and her vital signs remained stable. After five days, we discharged her home with Crystal and scheduled a follow-up visit.

Ten days later, on early morning rounds, I listened somewhat distractedly while the team presented a patient admitted the previous night. Familiar details caught my attention: A woman we’d discharged after ruling out coronary-artery disease had been found lying on the floor by her daughter, who had called 911 and begun CPR herself. The patient, resuscitated, was whisked to the cardiac catheterization lab to have a drug-emitting stent placed in her right coronary artery.

My heart raced as the resident said, “She’s not following verbal commands; she’s on life support.” They’d started a hypothermia protocol, lowering her body temperature to reduce damage to the brain.

By now, we’d reached the patient’s room. I walked through the door, not knowing what to expect.

There lay Mrs. Smith, unconscious, with a breathing tube in place and IV lines running from her arms and groin.

And there stood Crystal.

She pointed at me.

“You!” she shouted. “You did this to my mother! You’re killing her!”

My heart seemed to stop; I didn’t know what to say.

“This is your fault!” Crystal went on tearfully. “You sent her home and said she was OK. You’re the reason she’s like this!”

Shame and guilt engulfed me. Amid my confusion, I remembered a senior mentor’s words: “No matter how bad you think your day is, the patient’s day is worse.”

Somehow, I managed not to succumb to my emotions. Instead, I stood there, nodding, as Crystal poured out her upset and anger. On some level, I knew that it was more important for her to express her feelings than it was for me to defend myself. My team, too, stood silently as she berated me.

Finally, my attending stepped in, saying, “This was not his fault. He’s an intern — the final decision to send someone home is not his.”

Crystal turned and began firing questions at him.

“I’ll look into what happened and get back to you with more information,” he said. Quickly, without examining Mrs. Smith, the team left.

I followed them, feeling intensely guilty and wishing that they’d done more to back me up. Crystals’ words had stung deeply. I looked up Mrs. Smith’s chart and my discharge summary, searching for a mistake and thinking, Maybe I’m not as good an intern as I thought.

My team acknowledged that we’d missed Mrs. Smith’s heart condition, but a thorough review of the data from her previous admission showed no hint of heart disease. The lead cardiologist told us that her coronary lesion wasn’t serious enough to have caused cardiac arrest. It was a mystery.

For the rest of the day, I couldn’t free my mind from its painful merry-go-round. I second-guessed every decision and reviewed each treatment plan over and over, for fear of missing something. Anxiety, doubt, and guilt were eating me up. I didn’t know what to do: Should I keep this to myself, or talk to someone?

As the day neared its end, the struggle became so painful that I felt I had to confide in my senior resident, Jenny.

I told her how bad I felt about that morning. “Now I feel unsure of myself in everything I’m doing.”

“This was not your fault,” she said firmly but calmly, as if she knew just how I felt. “Do you remember how much time you spent with Mrs. Smith? You wanted to make sure that you got all the right information, and that her treatment plan was the best it could be. And you spent extra time with Crystal, answering her questions. You were Mrs. Smith’s biggest advocate.”

She went on, “We can’t always control a patient’s outcome, even when we do our best. You’ll always be learning in medicine; the most important thing is to stay mindful of yourself, and of the process.” Hearing her quiet, confident words, I felt my guilt ease.

Because Crystal had voiced such outrage, there was concern that she might sue the hospital. Consequently, I was told to avoid having anything to do with Mrs. Smith. Then my rotation ended. Unfortunately, I never learned how things turned out for her.

As guilty as I felt about Mrs. Smith, I still wished my attending and team had defended me more vigorously. In contrast, I will feel forever grateful to Jenny for her reassuring words.

This case stays with me to this day. Looking back, I’ve begun to wonder whether other physicians feel guilt and embarrassment more often than they admit. I see how important it was that I reached out for help, rather than holding those painful feelings inside.

In medicine, as in life, I know that mistakes are inevitable. In striving to become the very best doctor I can be, I know that I’ll continue to need my colleagues’ support and reassurance.

Bobak Akhavan is an internal medicine chief resident. This piece was originally published in Pulse — voices from the heart of medicine.

These medical students support Medicare for all. Here's why. 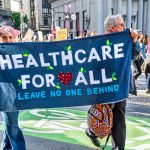 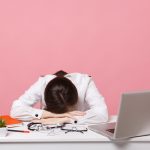