Nothing quite prepares you for the American cemetery in Normandy, the final resting place for 9,380 lives cut short in World War II. Even if you’ve seen “Saving Private Ryan,” you can’t help feeling an emotional gut punch, a combination of awe, sadness and respect when you see those simple white marble gravestones on the gently curving hills of Colleville-sur-Mer, stretching as far as you can see.

This June marked the 75th anniversary of the D-Day invasion, when Allied troops – primarily from the United States, Great Britain and Canada — stormed the beaches of Normandy, beginning the process of liberating Europe from Nazi Germany. Much of the focus this summer has been on the tremendous bravery and sacrifice in those harrowing battles. Rightly so. But on a trip this June to Normandy, my family took a few moments also to pay tribute to an inspiring, less well-known part of the story: the lives saved.

Just about a kilometer off the country road from Utah Beach to Pointe du Hoc, where U.S. Army Rangers scaled 100-foot coastal cliffs to seize an important German artillery position, there is a small Romanesque church, built in the 12th Century, in Angoville-au-Plain, a rural community of fewer than 100 people best described as a “hamlet.”

In the early morning hours of June 6, 1944, before the sea invasion hit the beaches of Normandy, Allied troops quietly dropped from the sky near towns like this. The troops, arriving by parachutes and gliders, were a crucial aspect of the plan to seize villages inland and cut off key routes that Nazis would need to respond to the invasion by sea.

Under the cover of darkness, paratroopers from the U.S. 101st Airborne Division landed in the farmland and flooded fields around Angoville-au-Plain. A fierce battle broke out. In the heat of it, two medics who also had parachuted in with the 101st – Robert Wright, of Ohio, and Kenneth Moore, of California – hung a Red Cross banner on this humble church and set up a first aid station inside. Soon, the injured lay, by the dozen, on the stone floor of the church and in wooden pews (it is said that blood stains remain there to this day). An area near the altar was designated for the most critically injured. Wright and Moore insisted on one thing: no weapons in the church.

With limited medical supplies, the two medics diligently did what they could. Moore later described the action, tending to wounds ranging from skin deep to serious abdominal cases.

“Our training and our job essentially was to stop the bleeding and administer morphine for pain and bandage up the casualties as best we could,” Moore said in the documentary film “Eagles of Mercy,” as quoted by the Los Angeles Times.

Working non-stop for 72 hours, until the battle died down, Wright and Moore treated both Allied and German soldiers – as well as one civilian child, more than 80 people in all, in a faithful battlefield demonstration of the medical credo of serving, and trying to heal, without prejudice.

At one point, a mortar shell fell through the roof of the church, and though it broke a floor tile, it did not explode. It did bring down a chunk of the ceiling onto Moore’s head, causing it to bleed (earning him a Purple Star). At another point, German troops carrying machine guns entered the church, but seeing the medics were impartially treating both sides, they withdrew and let them continue their work.

“The Germans were pretty good about not shooting at medics,” Moore said in the documentary. “There were several times they could have shot me, and they didn’t.”

“All my life I made it a matter of principle to tend all soldiers equally whatever their uniforms,” said Wright, according to a brochure at the church. “I could not say to the Germans, ‘You sit there and if you are bleeding to death, I don’t care.’”

The church sustained significant damage during the battle and all of the original medieval windows were blown out. Today, stained glass windows in the church commemorate the paratroopers, as well as the medics who saved so many lives during this crucial moment in modern history.

Wright and Moore earned Silver Stars for their service in the heat of the battle. And they earned our respect, 75 years later. If not for them, and others like them, there would have been even more gravestones in Colleville-sur-Mer.

Gone but not forgotten.

John Biemer, a former reporter, is a pathologist. 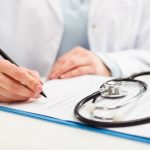 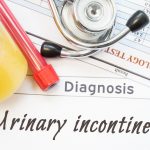