As protests broke out on the streets of downtown Cleveland and the National Guard camped outside the hospital, I delivered a beautiful, Black baby boy. In some ways, that night was like any other night. Another vaginal delivery, another moment filled with love and joy that I had the privilege of sharing with a family. But this delivery felt different.

Medically, the patient was fine. My checklist of assessments after the baby was born was complete. But I stood there a bit longer with tear-filled eyes as I watched the mom cry and cuddle her new baby. I had just delivered a Black baby boy into a world that could treat him unjustly. Amidst the birthday celebration, I couldn’t help but wonder what kind of life he would live. Would he be able to adjust to the harsh reality of what could face him because of his sex and skin color? Would we be able to change this reality for him?

I wondered to myself, “How is she going to feel raising a Black boy in America?” “What would she tell him about our criminal justice system? Would he feel safe?? I softened these questions in my mind as I excused myself out of the room. It was a moment of celebration, not the time for heavy-hearted conversations. I would never know the answers to these questions, and I found solace with just hoping for the best.

As the days passed, I watched how social media exploded with solidarity for the Black Lives Matter movement. Friends and bloggers began posting memes and outcries of rage. On Blackout Tuesday, millions of individuals posted on Instagram. Even capitalistic America joined the movement as companies like Lululemon, Nike, etc. voiced their sentiments on how African Americans had been wrongfully treated, and this injustice needed to end.

Protests continued nationwide. For a whole week, in Cleveland Heights, the neighborhood where I live, you could not drive past a single house without a Black Lives Matter sign in the yard or a silent protestor out on the streets.

“Why now?” I wondered hard and often. I was enraged. My inner idealist felt change should have already happened. I reflected on the deaths of Travyon Martin, Eric Garner, Tamir Rice, Michael Brown. I recalled how in 2014, there were similar protests, and I, as an overly excited young, activist flew to Seattle to get involved because no one seemed outraged in Birmingham, Alabama. In fact, during that time, Birmingham was protesting about losing the University’s football program instead.

Protests and outcries happened in 2014, and nothing changed.

The stories of George Floyd, Breonna Taylor, Ahmaud Arbery were more names added to a tale that I had heard several times before. “Where were was this momentum in 2014?!” I asked myself over and over.  “What made these protests and the movement making a comeback different?” “Nothing,” I convinced myself. I was so certain that just like before, after a few weeks, the protests will stop. People will return to their lives, and these issues will once again find their way to the bottom of social justice causes. And in a few more years, we would be revisiting this same conversation.

As an obstetrics and gynecology resident, I am trusted to care for the women of Cleveland, Ohio, specifically. The majority of the patients that I see are impoverished and Black. The maternal mortality rate for the population I serve is the highest compared to other ethnic groups. Many of my patients live lives that I could never truly understand. They have suffered from an insurmountable amount of sexual, emotional, and psychological abuse. Many struggle with housing instability, domestic violence, food insecurity, and poor access to health care. I am often hard-pressed to find a patient without a medical comorbidity or obstetric issue complicating her pregnancy. These problems are also compounded by years and years of medical mistrust entrenched within the African-American community.

In short, my patients are sick. The mothers that I take care of are dying. Their sons and daughters are being killed.

In 2014, I was a college student in the South, undergoing an existential crisis as I learned about police brutality and institutionalized racism. In 2020, I am a health care provider immersed within a system of racial bias and social injustice. The need for Black doctors has been a long touted issue within the medical community without any immediate solution on the horizon. Like many non-Black physicians, I am trying to figure out my role in the Black Lives Matter movement.

Posts and policies do not seem to be enough to change the hearts and minds of the most callous individuals. What we need as a society is a paradigm shift in how we treat our fellow humans. To create this shift requires trying to learn as much as one can about different cultural backgrounds and histories that help define lives and world views. It means really listening to our friends, neighbors, patients, colleagues, even strangers, and allowing for meaningful interaction, regardless of one’s political views or notions of how “woke” they may be. It means approaching one another with curiosity and openness. It means recognizing that beyond skin color or sex, this is an issue of humanity.

Sustainable change begins with finding the person in the body you are interacting with. It starts in our hearts and our homes. Finding this humility and empathy is our true call to action.

There are countless policies that need to be changed. There are many sustainability and accountability measures that need to be implemented. But most importantly and simultaneously, the awareness orchestrated by the Black Lives Matter movement is that our humanity needs to be restored.

Sadhvi Batra is an obstetrics-gynecology resident. 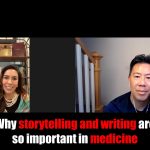 COVID-19: Here's how to gain the public's trust