An excerpt from Physician Employment Contracts, The Missing Module: A comprehensive introduction to physician agreements written for doctors.

Professional liability or “malpractice” insurance protects a physician and the employer from claims related to the negligent practice of medicine. Two common types of professional liability coverage carried by major insurance companies are “claims-made” and “occurrence” policies. Some large groups and hospitals have their own insurance trust, explained below, instead of using a major carrier for professional liability insurance. Each trust and policy functions in a slightly different manner and may or may not cover the tail insurance for all physicians in the hospital system or group.

Limits and coverage can vary significantly between specialties, but the majority of physicians will carry a policy with a $1 million per incident and $3 million in the aggregate annual limit. Limits apply regardless of the type of policy, and a physician who is sued will be covered for a specific incident subject to the terms of the policy.

A claims-made policy covers a physician for the period of time premiums are paid. If premiums are only paid for the 2019 calendar year and a claim is brought in 2020 for an incident that occurred in 2019, the physician must have “tail insurance” in order for the claim to be covered. Tail coverage will be discussed in detail below.

An occurrence policy covers a physician for any claims during the period of time the physician is insured under the plan. If a physician has coverage and pays the premium for only the year 2019, and there is ever a claim filed against that physician for something that took place in 2019, it should be covered. Tail coverage or extended reporting coverage is generally not required with occurrence coverage, with the caveat that individual policies do vary.

A private insurance trust or self-insurance policy can function as either a “claims-made” or “occurrence” policy. Large institutions often have enough employees to establish a risk pool of their own in the form of an insurance trust. Instead of contracting with a third-party insurance company, the institution or physicians pay into a trust that maintains funds to cover litigation costs and judgments/settlements for malpractice claims. These arrangements are generally safe and as good as a third-party insurer, but they should be looked at with a little more scrutiny depending on the size of the organization. Sometimes these policies have more restrictions on the physician and the type of claims that are covered. They also may give the employer or holder of the trust policy the right to settle claims and manage the direction of the case. This may mean a physician is forced to settle a claim that they might otherwise wish to fight in court or arbitration.

Tail coverage, also called Extended Reporting Endorsement, is necessary when a physician leaves a position with a “claims-made” policy in place. Tail coverage covers claims originating from the time period under which the physician was covered by the policy but filed after they are no longer on the policy. There are a few different options for tail coverage. The first is stand-alone tail coverage, which is usually paid for in a lump sum payment often ranging from 150% to 250% of the annual malpractice coverage premiums. Depending on the specialty, this lump sum payment can range from about $30,000 to well over $100,000 or more. The inclusion of full tail insurance in a policy is not something to be taken lightly. It is a big benefit.

The second option when purchasing tail coverage is to pay a lower fee to be covered for a defined number of years, as opposed to for any claims filed in the future. The number of years is usually determined by the specific state’s statute of limitation for medical claims. This can be a good option but depends on the specialty. It is considered the safest route to have tail coverage that will cover a physician indefinitely.

A third option is for a group or hospital to keep the physician on the malpractice indefinitely as a way of providing coverage for acts after the physician has left the position. If the physician is never taken off a claims-made policy, then they will always be covered. The flaw in this option is that coverage can only be guaranteed while the group or hospital is on the same malpractice plan with the same carrier. If they change the coverage or lose such coverage, it could put all of their former employees or contracted physicians at risk. This option is often presented to a physician during the negotiation process as “full tail coverage.” Use caution to distinguish this option from stand-alone full tail coverage.

If a physician switches from one job to another or one group to another, they can often ask the new malpractice carrier to provide continuous coverage with so-called “nose coverage.” Instead of purchasing tail insurance through the prior employer, coverage for prior acts is purchased through the new employer’s policy. It depends on the insurer and the claims history of the physician, but this type of coverage is generally cheaper than stand-alone tail coverage. It is important to check if an employment contract will allow a physician to obtain nose coverage (continuous coverage) instead of requiring the purchase of a stand-alone policy.

“Tail insurance will be the sole responsibility of the Employee. Employee may choose to purchase a new malpractice policy or obtain a policy through a new group that will provide continuous coverage for prior acts from the time Employee first received coverage under Employer’s malpractice plan.”

Occasionally, employers require a physician to purchase complete coverage after a contract ends and specify this in the contract. It provides more protection for the employer to have a physician covered for all prior acts. If a physician purchases coverage with a new employer and ends up leaving that position, the former employer may not have a guarantee that they remain covered. However, it is always in the physician’s best interest to remain covered, and a physician can save quite a bit of money by utilizing this continuous coverage option where possible.

Elizabeth Shubov is an attorney and author of Physician Employment Contracts, The Missing Module: A comprehensive introduction to physician agreements written for doctors. 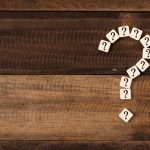 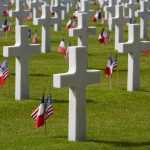