K: “I was assaulted by an intoxicated female. She punched me and ruptured two discs in my back. I lost my whole self. I could no longer take the CPR course required. I lost my income that was supporting me and my three children.

I needed the narcotics — not only to dull the physical pain but to numb the emotions. I found myself taking more than prescribed. I asked the doctor to increase the dose. I changed drugs because after a while they become ineffective. I settled on 4 mg of Dilaudid six times per day. I was holding down a job, but I was a struggling addict.”

D: “I’ve danced with several substances in my life, but I always went home with alcohol. I drank socially for about 25 years. It dulled my pain enough, often enough, good enough. Until it didn’t. My pain got worse. Some physically, mostly emotionally, and my life became overwhelming. The worse I thought it was, the worse I made it by running to the bottle. I lost my marriage and my home. I didn’t lose my thirst. I was always thirsty. Used to be for adventure and challenges. Now it was for alone time to drink into oblivion. I drank and drank and drank. I drank until the drink didn’t work anymore. I was on the hamster wheel. Exhausted and seeing no way out. I couldn’t not drink, but drinking didn’t help.”

Addiction broke these people’s lives. They lost purpose, they lost hope. Their goal in life became getting their next fix.

These are medical professionals working in the ER.

Their stories are awful, but not unique. There are so many of us, medical people, who can no longer handle life as it comes. We need something to take the edge off. Something to blunt the pain. Something to fog the brain enough to blunt the sharp clarity of desperation and hopelessness.

In his NEMJ perspective “Physicians and Addiction,” Abraham Verghese writes:

… incredible stories of drug use, of preoccupation with a drug, of efforts at concealment — the doctor who loaded her windshield-wiper reservoir with bourbon and routed it into the cab so she could take hits between hospitals; the doctor who would catheterize himself to fill his bladder with artificial urine solution to void when he had to give a urine sample for testing; the doctor who used the pretext of a home visit to steal back the narcotics he had prescribed; the emergency medicine physician who, after a shift, would embark on a 400-mile round trip to score his drug and be back in time for the next shift…addiction is truly a disease. The addicts were in its clutches and could only watch as they lost everything they had previously valued. When the physicians’ secrets were discovered, they experienced great shame — but also relief, because they knew they could not help themselves.

They’re still running your life, but they can no longer keep the pain muted enough, your brain foggy enough to buy you a few hours of forgetting and sleep.

By now, you are a slave to your next fix. Even if they can’t give you solace, they hijacked your body and your brain. You can no longer be without them. No matter what. You need them like you need to breathe air, even if it stinks.

D: “Addiction is like a parasite that takes over my brain. Insidious and global in its need to feed itself. Most of us have wanted to die, hoped for death, or attempted in the past. The thought of not having the next “fix” is terrifying. Can’t live with it — can’t survive without. It’s a very lonely and dark place. Active addicts are suffering. Doing it to oneself does not make that less so.”

K: “Then my father died. I was devastated. My dream job was gone, my biggest supporter had left me, and nothing else mattered anymore. I thought I could quell the emotional and physical pain by using my Dilaudid IV. I would crush them and dissolve them in saline then inject 4 to 8mg at a time. I got clean needles from an exchange site, I never shared or reused needles, so I felt safe. I kept my IV use hidden from everyone.”

The suffering continues, but now you’re busy. You’re busy thinking about how to get your next fix without destroying your reputation, your work, your family.

Then you get to a point where that no longer matters. You need your fix. You’ll do anything to get it.

D: “We know how to balance. Tricks. Timing. When to eat, what to drink. By the end, my balance was gone. I was taken off the floor, breathalyzed and sent home in a cab. I was devastated. I thought I had lost it all. I was ready to make senseless and rash decisions.”

K: “I had been shooting up daily for nine months when I suffered a seizure. Nobody could start an IV because of my tracks. My partner found out. Once he knew, the rest of my family would also know. I was angry, embarrassed and scared. Recovery was the only choice.”

The lucky ones have a support system to help them through. They haven’t done anything as awful as selling their children or killing their parents to prevent them from any hope of a normal life. They’ve mainly hurt themselves.

They feel like they deserve their suffering, but they aren’t burdened with having destroyed others. There still is hope.

D: “I went where they sent me. I had “the gift of desperation.” I was ready to find a way out. I did what they told me to do in rehab. I had thought I was too smart for these people — sitting among doctors, professional athletes, successful business owners. My best thinking, all my time and effort landed me in rehab. I didn’t have to recreate the wheel. I had to believe it could give me my life back.”

Rehab is the first step. Afterward, you need to get back to normal life. You need to live with people and like people. You need to get through every day, every pain, every bit of suffering on your own without going back to the crutches that broke your life. You have to do that every day, every night, every party, every time things don’t go your way. There is no end to the evenings and nights and mornings ahead of you that you’ll have to handle.

D: “I’ve attended hundreds of meetings. I made changes to my outlook on life. I found new friends while keeping the wonderful ones I already had. I talk about my problems, admit my faults, practice patience and overcoming my daily fears. In the words of those who have done this before me, and remain here to help the new ones, all you have to change is everything. I have my job, my friends, my car and a new life. I’m vigilant of my old way of thinking and old habits. I go to a room full of people who call me on my bullshit. They remind me of how bad it was, and allow me to laugh, cry, get mad and feel all the feelings I drowned for all those years. I did it yesterday. I’m doing it today, I’ll do it tomorrow.”

K: “I started Suboxone about a week later. Recovery is not for the weak. I have struggled a lot to stay sober. I have ten months under my belt, and I am very happy that I chose recovery.”

They did it. They were lucky. Some are not.

“I coded a couple of nurses who overdosed,” my friend, an ER doc, said. He’s not the only one.

A Critical Care Medicine 2007 study estimates that “10 percent to 15 percent of health care professionals will misuse drugs or alcohol at some time during their career.”

This is similar to the statistics for the general population. Certain specialties, like anesthesiology, ER and psychiatry are at higher risk. The most abused substance is alcohol.

The bad news? It’s getting worse.

“Given the increasingly stressful environment due to manpower shortages in the health care system, substance-induced impairment among health care professions is anticipated to grow.” –Substance Abuse Treatment Prevention and Policy.

Verghese again: “in my conversations with recovering physicians, I was struck by how often stress — the dysphoria brought on by residency training, a busy practice, time pressures, the threat of litigation, debt — had led to somatic symptoms. The same symptoms that, in a patient, might lead us to delve more deeply into the patient’s marriage, job, drinking habits and levels of stress and depression, instead led these physicians to engage in self-medication.”

Yet another problem related to our broken health care system. Since it affects health care professionals — and by extension, the patients that they are looking after, it’s likely to make the system even worse.

There are systems in place to care for impaired professionals and to monitor them long term. Their rate of recovery and their ability to maintain sobriety afterward is much higher than in the regular population. Most addicted professionals are able to resume their employment, as per Physician Health Program. Impaired professionals can self refer or can be mandated by their employer to participate in these programs. More information and resources on addiction.com, AddictionCenter, and Recovery CNT.

My friends D and K are doing well. Their long-term prognosis is good.

D: “I call someone on my phone list of friends, I go to a meeting, I talk about it. I move a muscle to change a thought, I’ve learned that it will pass, and I eat sugar. The sugar is a microburst of feel-good. I’ve learned to be around people, not to isolate. Life is better now. Going back is not an option.”

K: “I go to group therapy twice a week and look to God to lead me.”

Good luck to you both, and thank you for sharing your stories.

Good luck to all our patients struggling with addiction. It’s a hard place to be.

And good luck to all of us. We need it.

How physicians can burn in, not burn out 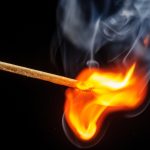 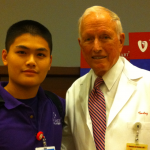