When I was a third-year medical student in 2006, I was assigned to spend the day at a well-known women’s health clinic in Toronto. I walked into the procedure room and introduced myself to the attending. His first words to me were: “Are you married?” I replied that I wasn’t married, and he (while continuing the procedure) asked, “Well, do you at least have a serious boyfriend?” Then he asked if my mother was nagging me to marry my boyfriend. And when I said she wasn’t, he sighed heavily and lamented, “What’s wrong with her?”

This continued all day long. He taught me absolutely zilch about the procedure I was there to learn and harangued me constantly about getting married and having babies as soon as possible. During a break in the day, he pontificated about “the problem with lady doctors.” Any guesses? “You ladies think your education and achievements make you too good for the men out there, so you turn them all down and wind up alone.”

And the consequences of being female and having a high opinion of yourself? “You wait and wait to get married and have babies, and then it’s too late, and you need fertility treatments.”

On that day, some eleven years before the #MeToo and #TimesUp movements went mainstream and positioned at the very bottom of the medical hierarchy as a lowly third-year clerk, it didn’t even occur to me to challenge my attending.

Like so many women in medicine before me, I smiled and nodded and tried to change the subject, and, above all else, worked hard not to offend my male supervisor, even as he spent the day denigrating me as a baby machine who overvalued herself as a future doctor.

The barriers for women in medical education are not always as obvious as an attending who spends the day hectoring you about your marital status rather than teaching you a procedure.

Sometimes, the culture of misogyny is far more subtle and insidious. Over the past few months, the Globe and Mail, a national newspaper in Canada, has been reporting on an emergency department that is curiously absent any female physicians, despite the fact that the gender breakdown for Canadian graduates in emergency medicine is nearly 50/50. The chief of that department recently resigned after an investigation was launched into alleged discriminatory hiring practices that saw zero women hired in 16 years (and at least 23 men).

Southlake Regional Health Centre, where this investigation is currently ongoing, is a teaching hospital at the University of Toronto’s medical school. Residents and medical students are still rotating through Southlake’s emergency department, which until just recently was completely male and headed by a chief who reportedly refused to supervise female trainees himself and once told a woman, “It’s too bad you are a good resident, because you will have children and your training will be a waste.”

How do we know that we still haven’t achieved gender equity in medical education? Because the University of Toronto apparently sees nothing wrong with continuing to send trainees into this environment.

Willful blindness to how this might be a poor learning experience for female trainees only perpetuates the cycle of misogyny. It tells women in medicine that the kind of day I had as a third-year clerk in 2006 is an acceptable part of our training, and is the standard to expect from our male mentors and attendings.

The difference for me between 2006 and 2019 is that instead of smiling and nodding when faced with sexism in medical education, I’m pushing back. Along with my fellow board members of Canadian Women in Medicine and the hundreds of supporters who have signed our online petition, we are challenging the University of Toronto to properly investigate the situation at Southlake’s emergency department.

The standard you walk past is the standard you accept. We refuse to accept the old, sexist standards of medicine’s bygone days. We refuse to pretend that there is nothing problematic about sending medical learners to a department alleged to have been run by a chief who thinks it’s a “waste” to train women doctors. The old boys’ club in medicine isn’t going to disband itself. We need strong, diverse voices to call out bigotry in medical education and create a more equitable learning environment for the future doctors coming up behind us.

Michelle Cohen is a family physician. 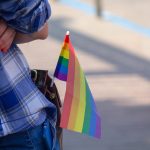 Physicians should talk about the F word: fertility 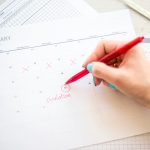