My fertility journey is not typical. I have not spent years “trying.” In fact, I have spent years trying not to get pregnant!

My husband has two daughters — and a vasectomy, so getting pregnant was a known challenge. Luckily, I like challenges. We went to an infertility specialist, who told us that reversal was not an option for us, and that IVF was our only option. A bunch of testing later, they diagnosed me with diminished ovarian reserve and suspected endometriosis and recommended laparoscopic surgery. I had not even tried to get pregnant. I didn’t want surgery; I just wanted a baby. The only problem I was aware of was getting my husband’s sperm. Or so I thought.

I went for my egg harvest (a procedure to retrieve my eggs for IVF). I came out of my Propofol-haze to find out I had eight eggs. Only eight. The downhill spiral started before the Propofol had worn off. What if I do have a problem? What if I have diminished ovarian reserve or endometriosis? Should I have had the surgery? All of these questions started running through my head as I waited five long days for my transfer to occur.

On our transfer date, we were ecstatic. It was October. We were “going to put a pumpkin in my belly.” Our plan was to transfer two embryos until we went into the office and found out we only had two embryos. Well, two other ones were in the morula phase but needed to progress to blastocyst. We looked at each other, without much discussion and said, “OK, we have two. We will have two more once they grow. Let’s put in these two.”

I spent the day on the floor with my legs against the wall trying to encourage those two embryos to make a home in my uterus. All the while I was wondering: “Was the doctor was right? Did I have my own reproductive problems? Had I managed to get to 31 years of age without a child because I am infertile?”

I hadn’t heard anything about my two other embryos, so I emailed my nurse to call me with the results. She didn’t call.

She sent me an email:

Sad face — like the one with the colon and the parentheses … yes, that.

Breaking bad news is always a challenge. I break bad news almost every shift in the emergency department. An email with a sad face to a woman jacked up hormones was not the best approach. I now had two embryos inside me that were my only chance of getting pregnant, and a 60 percent chance of success at that.

Ten days later, we did a home pregnancy test. It was positive. We were overjoyed — for a short time. The next day my blood pregnancy test came back: 49. My nurse called and explained that it was lower than they would expect. I agreed to a 48-hour repeat. The next day, I started bleeding on my overnight shift. My repeat count was 98. Exactly double. I was still bleeding. My nurse called again — wanted to know if I want to keep repeating beta quants every two days or just wait for my six-week ultrasound. I did not want to be the patient I see in the ER getting repeat quants. In fact, I didn’t want to be the patient at all. I said “No!” and waited until my six-week ultrasound.

On my ultrasound day, I had finally started to feel pregnant. I had started to believe I could be pregnant. But as soon as the transvaginal probe went in, I could see the clear stripe of my uterus uninterrupted by any collections of fluid. It was utterly empty. Immediately, the tears crept in the corners of my eyes.

My doctor scanned out to the left, and there it was — a gestational sac, a yolk sac, no fetal pole, no heartbeat. I had an ectopic pregnancy. That diagnosis I was always eager to make in others, I now made for myself. My doctor looked at me and said the most honest thing she could say, “I am so sorry. You probably diagnose these way more than I do. It’s extremely rare with IVF, less than one percent .” Yes, I do diagnose them more than she does. And yes, I am the one percent.

My infertility journey didn’t end with an ectopic. I underwent multiple other rounds of IVF, eventually laparoscopic surgery. I am now currently waiting to implant my only embryo from my fifth round of injections and third egg retrieval.

I share my very personal story because though I was diagnosed as the one percent undergoing fertility treatments with an ectopic, my diagnosis of infertility as a woman in medicine is not rare. I am not alone.

For the general population, the infertility risk is approximately 12.1 percent, according to CDC data. Women around the world with infertility state that they are the one in eight.

Many will say it is because we attempt conception at an older age, and that is part of it. But it is not the whole story. A study in Hungary looked at over 3000 female physicians and compared them to an age-adjusted control group of professional women, other women who delayed child-birthing for their education and careers. The study found that women in medicine still had a statistically significant increase in infertility rates, even compared with their professional colleagues of the same age.

So where do we go from here?

Second, we need to counsel and protect the young women in medical school and early residency that will be joining our ranks. We need to caution them in advance. I never thought 31 would be too old. We need to start the conversation so that the women coming behind us are better informed that I was so that they know their risks — the risks I didn’t know — and can make decisions accordingly.

Finally, we need more data and better data. Data will allow us to create policies to protect women in medicine, for example: Policies to not only allow, but to actually support women who want to have children during their training, whether medical school or residency.

In the meantime, as we wait for more data and better policies, as I wait for another IVF procedure and the possibility of pregnancy, I will continue to tell my story to raise awareness about physician infertility. I invite you to join me. #SayTheFWord and tell your story about #physicianinfertility.

Refusing to walk past the old sexist standards in medicine 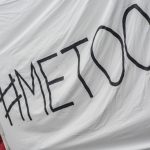 What physicians can learn from anthropologists 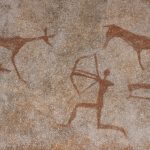 Physicians should talk about the F word: fertility
3 comments