Attention deficit hyperactivity disorder (ADHD) is a common diagnosis in children today, and is increasingly a diagnosis assigned to adults, too. ADHD is a real thing, despite some having some skeptics and a few outright denialists; differences in brain scans between persons who have it and who don’t show there is a definite physiological basis for the disorder.

But in practice, we don’t do brain scans. We base the diagnosis on a set of clinical observations of the child, often ones made by the child’s teachers. So there is some subjectivity baked into the diagnosis. Also, the symptoms of ADHD overlap what we would regard as normal childhood behavior, so there is a large grey zone. The authors of this recent study in the New England Journal of Medicine tried to get at the problem of how developmental age, normal aspects of how old the child is, could affect the diagnosis. The title, “Attention deficit-hyperactivity disorder and month of school enrollment,” succinctly describes what they did.

It was a cleverly inspired study. The authors studied rates of ADHD diagnosis in children entering school according to birth month. They compared month of birth in places with a strict September 1 cutoff for school entry with places that don’t have that strict requirement. In the strict cutoff districts children born in September would be the oldest in their class because they have to wait until the next year; children born in August would be the youngest because they make the September 1 cutoff.

Of course, at this age a year represents 20 percent of a child’s entire lifetime — a significant chunk of time. They used a series of paired comparisons between adjacent months and found the difference between August and September birth months to be highly significant: children born in August were far more likely to be given a diagnosis of ADHD. These data are shown in their figure below. 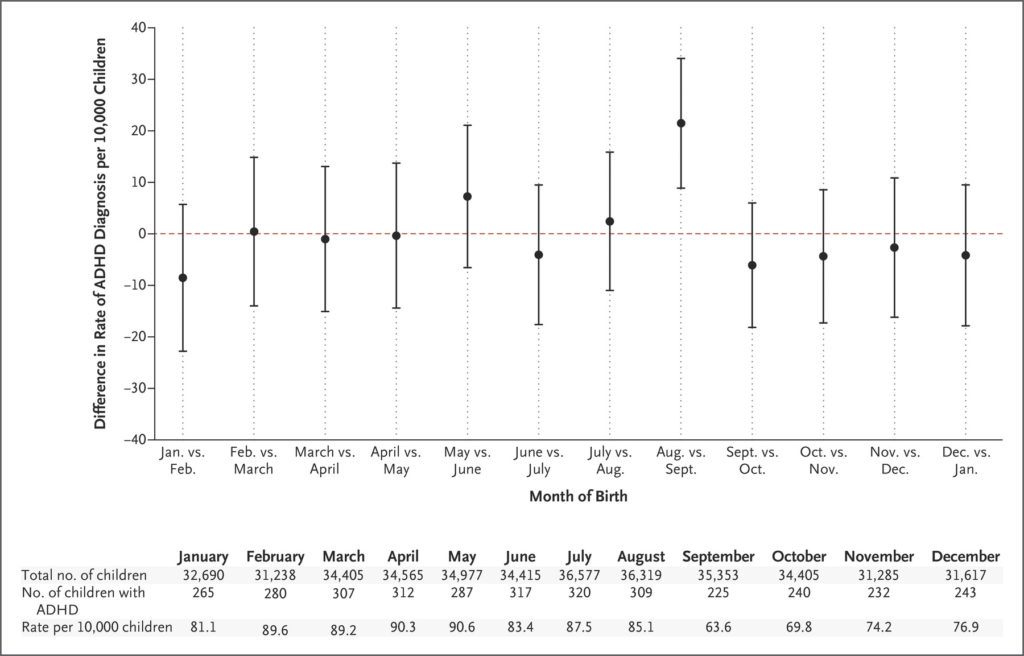 So it appears those earlier months are crucial. The difference was substantial: The youngest children had a much higher chance of being given an ADHD diagnosis than those who were 11 months older. No other comparison of successive months showed any significant difference. Of note, these differences were not observed in school districts with a more elastic start date. In those places there was some smearing together of the ages, likely blunting the effect.

The authors’ conclusion, which I think is likely to be correct, is that the teachers were looking at average behavior in the entire class. The children born in August are a nearly a full year less developed emotionally than are the children born in September and were more likely to exhibit behaviors suggestive of ADHD. The bottom line to me is that one should be careful assigning the diagnosis of ADHD to young children just entering school. It appears we need to give them all some time to grow up.

Celebrate the contributions immigrants make to our health care system 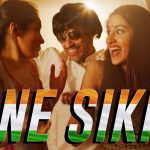 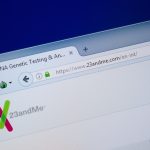