In the last decade, specifically in the last five to six years, we have seen the gradual disempowerment of America’s physicians as well as their unfortunate patients.

Starting with health management organizations, managed care, all the way to the insurance exchange, doctoring has been forcefully wrestled away from physicians only to be placed into the hands of large insurers, administrators and the United States government.

The common denominator was never about improving the quality of care for the American people but rather an obscene money-grabbing agenda by the above powers that be and the pharmaceutical industry.

The writing was always on the wall as physicians’ incomes were and constantly are chiseled away as health insurers and pharmaceuticals continue to explore their limitless profits. It’s evident that physicians whose incomes were strapped, whose costly and highly burdensome administrative responsibilities they were unwittingly strapped with, had no choice but to flee private practice and work for huge conglomerates including hospitals. This further added to their unsurmountable stress levels causing many to exit their professions, experience burnout and even attempt and often succumb to suicides.

Gone are the Wednesdays off for golf. The health insurance and pharmaceutical executives would soon pick up the battered physicians clubs and golf memberships at a mere fire sale.

Gone are the days when physicians would be called “doctors” instead of “providers” and with it the respect that was once ascribed to the title.

Gone are the days when a patient would ask: “But what does the doctor say?” instead of asking: “Will the insurance pay?”

Gone are the days when a physician can direct the care of the patient or prescribe a medication or service(s), they deemed necessary. Even their prescription pads have lost most of their value as once any prescription reaches the pharmacy it will mostly join the lot of those that will not be covered by insurers.

Gone are the days where health insurance had a certain value. Instead, the ever limiting and continuously more expensive and less valuable commodity has become the new descriptive of having but a false security crutch called health care coverage.

Gone are the days when physicians could perform thorough examinations on their patients. Instead, they have become thorough typists, chaotic clerks, mindlessly clucking away at meaningless electronic health records benefiting only large entities. This mechanical nonsense, in lieu of a meticulous history and physical examination, has become the new norm of a medical visit. Even if a hasty examination is possible, an Orwellian sludge of mandated data entry will rob the physician of most of the time required for any meaningful patient care. It is, therefore, no wonder that this same mindless data entry is also required of nurses as well as well as hospital-based physicians. And has, in my opinion, resulted in increased national morbidities and mortalities over the past two years. Please don’t try to convince me of the media-propagated “culprit” being only the opioid epidemic or the increase in suicides that have caused a precipitous increase in mortality and a decline in the health of our nation. If you throw in an average of 400 or more annual physicians’ suicides, it still won’t account for the real culprit.

Gone are the days when physicians have had the luxury of utilizing their scrupulous and meticulous clinical skills of observation. Instead, cookbook guidelines have now become the puppet masters of our national flock of sheepish physicians. I will never forget in one of my first lessons in anatomy during medical school how the importance of “the spirit of observation” is. This article is written with the same “spirit of observation” although my observations have become those of incremental disenchantment and that of a disheartened physician.

Gone are the days when patients would actually have adequate hospital stays. Insurers made sure of that.

Gone are the days when patients would be cured of infections, instead of being kicked out of hospitals prematurely and bringing these agents to their communities, nursing homes, and rehabilitation centers. It is now a quite common corridor these agents have been given the luxury to become resistant, and I believe jumping on a brand-new bandwagon of further increasing our national mortalities.

Gone are the days of reasonable doctor visits and drug co-pays. Instead, copays have now spiraled in sync with unaffordable and growing premiums inversely proportional to the value they bring.

Gone are the days of visiting an emergency room where your immediate illness was their priority. Instead, you will first be required to pay a copay. I’m uncertain what will happen to you and the consequences of this if you do not.

Gone are the days where you could visit a physician without that physician having to worry about your insurance. After all, neither insurance companies, the government or pharmaceutical companies will ever give you anything for free, let alone affordably. Instead, they have encouraged “minute clinic” and the like in drugstores, where a nurse practitioner — and I am confident, soon, a pharmacist — will be gladly doling out medical advice which will further increase morbidities and mortality. Of course, these alternate quick fix options of the poorest quality will save insurers a couple of bucks in the short term. But what is less obvious is that they have put your life on the line to achieve it.

If you take all that is gone you might rightfully ask what is left?

What’s left is certainly not a pretty picture for patients, burned out physicians and our nation’s families at ever-increasing risk.

Physicians’ voices have been drowned out, their plights buried, leaving their patients helpless — all the while as marketing and media have painted a desirable picture of what is in actuality a gray and gloomy disaster waiting to self-destruct.

Where is this all heading? It appears that once the nation will no longer put up and won’t be able to afford further being ravaged by these powerful entities, the latter will never have to worry about counting their loses. It will be our nation and its burned out physicians who will be too busy and distraught doing just that. 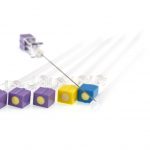 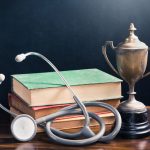 The old days of medicine are gone
24 comments