As each calendar year closes, organizations compile best/worst lists: TV shows, movies, exceptional people that bring character or immortality to our year as it fades into history.

Medicine has its heroes and scoundrels. I would expect that all physicians can instantly name five teachers who shaped them and five guys they scored as real zeros on their evaluation forms. For the benefactors, we not only gave them higher scores but assimilated some elements of their lofty practices into our professional destinies. We know who they are and what they did on our behalf, even if nobody else does.

We also encounter medical colleagues unknown to us who find their way into the public recognition for exceptional deeds. Some earn Nobel Prizes, some swindle Medicare. Nowadays we receive a feed of lurid print or electronic news that can promote cynicism. Few respond but file some imprint deep into our cerebrums where it remains dormant. At the other pole, we attend annual meetings, clapping in unison as colleagues receive public adulation. We hear news of physicians gunned down, including a college friend in the Pittsburgh synagogue massacre or by disgruntled patients, rarely the superstars of medicine but fellow doctors who get some combination of sympathy and honor for the dignity that their abruptly halted careers created.

Posterity does not often happen. Lists of the best and worst doctors of each year are created, sometimes by organizations directed to physician readers, sometimes to the more general public. Many regional magazines publish a “top docs” issue each year. On a national or world level, though, the list must be kept short and exclusive both at the favorable and tawdry ends. Some arrive passively in our email boxes. Some arrive on our patients’ desks conveyed to us to make conversation. What makes physicians heroes or villains can be hard to discern on one short list, but five years reveals laudatory and despicable themes. These may not be different from how we individually assigned the best and worst physicians we personally encountered between medical school and retirement.

The rascals invariably show more consistency than the exemplars. With rare exceptions, they have exchanged their white coats for orange jumpsuits. Some are outright predators, engaging in assaults on female or pediatric patients. Others engage in various forms of lucrative unconscionable care, assigning significance to diseases not present for financial benefit. Patients without cancer received chemotherapy, normal coronary arteries got stented, etc. While these docs seem more profiteers than predators, there is something evil about intentional unneeded care, especially when it incurs risk. There were few obvious incompetents, a few surgeons functioning above their level of training. Generally, medical schools and residencies produce capable people, though not always ethical people.

The most common category is the profiteers. They caused little bodily harm to vulnerable people so would fall one level less on my personal evil-meter. They are more financial cheats than medical ones. Mostly these physicians arranged for others to do financial processing of bogus services for financial gain, though not medical harm. Finally, we have a handful of people who offered suitable care but got videotaped engaging in mockery of patient or staff or fulfilling a dream of being a rapper while properly excising a body part. Poor judgment probably, worst of doctors, probably not.

Role model physicians fall into diverse categories with too few to generalize how the majority of us can upgrade ourselves to be more like them. One common category of people worthy of admiring though not emulating are those whose recognition was brought about by their untimely death. They did noble work, but it was the car accident or plane crash while on a mercy mission that caused special recognition that year. A similar number arrived among the superlatives by appearing in national obituaries first. These people had lifetime achievements, at medicine’s cutting edge. Their CV’s contained ample awards while still functioning well enough to appreciate the adulation their work had earned.

There is another large category of praiseworthy doctors whose medical capacity does not tower higher than the rest of us, though their dedication and tenacity might. Each recognition list has physicians, mostly still alive and working, who enabled people at the margins of medical care to have better access. Some travel into the Third World to bring this about. Some set up rural clinics, and some make a career of treating medical pariahs — patients who a lot of us would groan if we saw those patients on our schedules.

One final category appears each year: doctors less skilled medically than others but who endured unusual challenges to complete their medical degree. These include professional and Olympic athletes, refugees from war zones who had to flee and reapply with some difficulty in an unfamiliar country with a new language. One new doctor started as a patient, a teenage shooting victim who became intrigued by what his surgeons did for him, then pursued his education under burdensome conditions but prevailed. One does not need to be the most prodigious clinical maven to excel. Pursuing a dream relentlessly is an option available to most of us.

What becomes of these people? The medical scoundrels amass copious prison time. Do they remain bottom feeders in custody, or might there still be that spark of benevolence that once impressed an admissions committee? Do they mope in their cells and or do they impart literacy skills and science aptitude that they have to be of benefit to other inmates who had less going for them at the time of their arrests? The medical reporters haven’t told us.

And the “top docs” who remain active, do they continue to inspire colleagues and patients with that same laudable persistence so that others might become more dedicated to self-management and responsibility for their diseases? Appearance on an exceptional list should have an enduring presence beyond the 15 minutes of fame or infamy that Andy Warhol thought all people are entitled to have.

The old days of medicine are gone 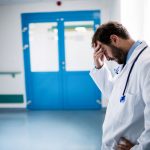 Don’t judge when trainees use dating apps in the hospital 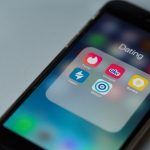