Many cooks traditionally use broth derived from simmered bones of fish, fowl, or four-footed critters to flavor soups and sauces. Recently, bone-broth bars have popped up around the country and serve a non-caffeinated, nutritious alternative to tea or coffee. In some of these health-conscious establishments, the owners claim that these drinks also have filling, cleansing, and detoxing capabilities.

I decided to see if a daily cup of bone broth should be part of my New Year’s resolution for improved health. With a Google search, I found four bone broth enterprises within a 20-minute bike ride of where I live. Within the same circle, there were three cafes that serve pho, a traditional Vietnamese soup of rice noodles and meat steeped in spicy bone broth.

My query started at a broth “bar” that was in the passageway of a country mart. It was merely an eight-foot square kiosk. The cheerful teenager in attendance offered me a taste, which she poured from a bottle straight out of the small refrigerator. No one was in line, so we talked while I tasted. I thought to myself, “This has to be better heated.” She described bone broth’s attributes, which I found on the business’s website to include increased energy, sharpened attention, vital function optimization, and reduction of body fat. Also, she described how the broth was prepared. I bought a small bottle of the beef broth. Before she could heat several ounces of it on a hotplate and serve me, she had to zip next door to a coffee shop to get a paper cup. What was left in the bottle I took home for my wife. Collectively we decided that this particular establishment was not going to last long.

The next week I decided to go all in by hitting two broth bars and having at least one pho lunch before having dessert at another broth bar. The first broth bar of the day had both chicken and beef bone varieties. They were already hot, and in the freezer case there were take-home frozen packets. I was again the only customer. The server was informative although mistaken in her understanding that broth is a good source of collagen. In fact, bone is about two-thirds collagen, but simmering changes the collagen into gelatin. Then our digestive system breaks gelatin down into individual amino acids before absorbing them. It defies reason that the body would reassemble those particular amino acids into gelatin, much less collagen. This store’s website claims that collagen helps repair the gastrointestinal tract and that it also supports the immune system and relieves joint pain. I also sampled their vegetable soups, which I liked better than either type of bone broth. I found the broths bland and not suitable coffee substitutes. The store also served hot bone broth blendies and cold collagen smoothies, but I passed on these, mindful of my continuing quest.

The next stop was at a breakfast and burger café. In their side case were frozen whole chickens and Mason jars of refrigerated broth. Two urns of hot broth — poultry (duck/chicken/turkey) and traditional (beef/pork) — sat on the counter. I found the poultry version as equally uninteresting as those I had tasted previously. The traditional blend, however, was delicious. I thought I was gnawing the crispy bits off a steak bone. The cook said that he gives the bones an hour roast followed by a 48-hour simmer. Various condiments were on hand, including hot sauce, sea salt, and parsley-garlic pesto, which was my favorite.

I then proceeded to lunch at a small, crowded Vietnamese café. I found a seat at the counter and ordered the meatball pho. The server delivered a huge bowl of broth filled with rice noodles and meatballs and garnished with cilantro, onion, and bean sprouts. It was tasty and more than I could eat, but I was confused about which flavors came from the broth itself and which from the other ingredients. Therefore I decided not to have any more pho but concentrate on just bone broth.

I had what I thought would be “dessert” at a health food café. They had “classic chicken or beef broth” and would add ingredients such as turmeric, ghee, schizandra berry, mangosteen peel, stevia, and jalapeno to form “anti-inflammatory broth,” “immunity broth,” “gut broth,” “butter broth,” or “skinny broth.” For another $2, they would mix in collagen with 10 grams of protein.

I ordered a classic beef and browsed the books for sale in the entryway. Dr. Kellyann’s Bone Broth Diet claimed that in 21 days I could lose wrinkles, 4 inches (didn’t say from where), and up to 15 pounds. Early in the book Dr. Kellyann noted accurately that heating changes collagen to gelatin, which she promoted for its health benefits. Like other advocates, the author selectively described research results supporting her claims while overlooking a number of other studies that conclude that bone broth provides no meaningful boost over eating a normal healthy diet.

It was time to hop on my bike and head back to the office. I felt a little queasy, perhaps because I might be experiencing a sudden gain in immunity or the beginning of a 4-inch loss. Then I realized that a whole category of taste buds was shouting from my tongue, entirely unsatisfied by my adventure. To appease them, I pulled into Burger King and ordered an Oreo milkshake. Happy New Year!

How physicians can investigate their employers 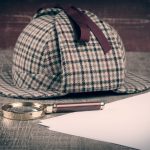 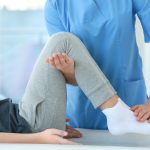