I was 19 years old when I became pregnant. Pregnancy and birth, at such a young age, was both the happiest and the scariest thing to have happened to me.

My dream of becoming a doctor began when I was in middle school, from a seemingly mundane moment that suddenly and unexpectedly changed the course of my life.  It stemmed from a tennis injury, a broken leg, and a visit to the ER. The doctor informed me that we would have to do surgery immediately.  I had no time to prepare.  I had no experience with surgery.  I was shaking with fear.  I did not know how I would go through with it.  However, it was my surgeon who made the difference.  He treated me with compassion and with understanding, showed me patience and grace, and never made me feel embarrassed for my fear.  Later on, I realized that as a good doctor, he had treated not just the wounds in my leg but also the fear in my heart.  From that incident, I realized what a great difference a compassionate doctor can and does make in a person’s life.  From then on, I set my priority in my life: not only did I want to become a doctor, but I also wanted to become a good doctor that would heal with compassion and grace.

However, my daughter was born.  Being a mother at age 19 has been the most difficult thing I have faced in my life.  The strain to juggle the demands of motherhood and academics was so much that I found myself in despair.  During the hardest moments, I almost gave up my dreams of becoming a doctor.  I asked myself, “Could I do both? Could I be both a good mother and a good doctor?”

Interestingly enough, my daughter has created both the question and the answer. She has challenged me and yet inspired me, has tested me, and yet allowed me to grow. Seeing and holding my daughter for the first time flooded my entire being with such intense joy and gratitude and has shown me parts of myself I did not even know existed. Being her mother has made me a more patient person, more sensitive to the emotions of others, and more compassionate to the life of another human being.

My birth experience further inspired my resolution to become a doctor. At 8:36 pm, after hours of pushing and straining, my doctor, with tears in her eyes, presented us with my daughter, weighing 6 pounds and 30 ounces.  Like the surgeon ten years ago, my doctor and the nurses cheered for me as I labored through the night.  Birth is such an intensely intimate experience – the doctor sees the entire spectrum of a new mother’s emotion – our primal reactions to pain, and the deepest depths of our grief and sorrow, and then the indescribable happiness that follows.  Entwined with my daughter for hours in one of the most personal experiences a human being can ever have. My doctor spent hours with me, answering even my craziest questions in the midst of my pain and confusion. Gently, she adjusted my pillows and helped me to sit and stand up.  This is the type of extraordinary care I have been so thankful to receive even at my young age, and the type of care I want to provide my future patients.

This year, I was extremely excited to embark upon my journey in medicine as a young mother.  Not only did I have to adapt to my new environment in school, but I also had to face the most pressing health issue, COVID-19.  This year has been the toughest because while I was studying abroad, my husband was working in California, and my daughter was being cared for by my family in Japan. Due to the pandemic, I had to return to the United States under very hectic and stressful travel circumstances, including canceled and delayed flights, and I fell ill upon my return to San Diego. My daughter, who is only one-and-a-half, also fell ill at around the same time, but I was unable to travel to Japan to see her due to the pandemic. Although I am currently facing a long-distance relationship with my daughter, seeing her shining smile on video calls still gives me and my husband the strength to push forward.

This is why, despite the unexpected turn, my life has taken with my daughter, I do not want to give up my dream of being a doctor.  I hope that instead of being a reason to stop, she will be my reason to keep going. My current university has an open community that values compassion, dialogue, and a campus with a strong intellectual pulse. I believe it is the kind of environment that fosters not only just doctors, but good doctors.

Given that medicine is, in many ways, a universal language, I believe that my background has provided me a good foundation to understand and to treat many different types of patients. I attended one of the most prestigious private international schools in Japan until I graduated high school, taking the International Baccalaureate program. At this school, I was lucky enough to be surrounded by diversity that created awareness of different cultures. With this background, I then came to the United States to obtain internship experiences in the medical field. I have done clinical and hospital internships in the U.S. and in Japan. With my trilingual skills in Japanese, English, and Korean, along with a unique multicultural background, I would like to utilize what I have learned to be able to work internationally in the future.

My daughter has shown me that I am more driven and passionate than I could have imagined, and now I know that I want to be a doctor, not in spite of my daughter, but because of my daughter.

Choryon Park is a medical student. 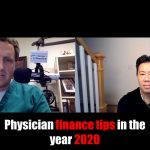