I recently attended a cardiology conference where a speaker proudly presented a case of shared decision-making.  It involved a young female athlete who had survived a cardiac arrest and was diagnosed as having an anomaly in her heart conduction system, putting her at risk for arrhythmia during exercise.

She had received an implantable cardioverter-defibrillator, and the decision in question had to do with whether she could resume sports activities or not.  The guidelines issued by the American Heart Association recommend that activities be strictly limited in intensity, but the evidence to support that recommendation is scant.

The cardiologist told the audience that he and the young woman met several times and had long conversations.  He got to know her very well.  He took the time to explain to her everything that medical science has revealed about the potential risks of a future cardiac arrest under the circumstances. Together, they imagined various scenarios of what might happen if one course of action or another was taken, and what impact the athlete might personally experience in terms of overall quality of life.

Finally, they jointly agreed on a decision.  (I can’t remember which it was — i.e., whether the athlete agreed to curtail her activities or, on the contrary, decided to resume the competitive sports which she loved.)   What’s more, the cardiologist mentioned that family members were initially not all completely on board with the shared decision but, after additional discussion — the “process of accommodation” having been extended to parents, brothers, and sisters — they all came to a collective agreement.

This is a textbook case of shared decision-making.  It has all the elements of SDM and, as far as I’m concerned, many of these elements are praiseworthy.  That the physician took into careful consideration the concerns of his patient and her family, and that he spent as much time as he did to get to know them personally, is indeed admirable and an example to emulate.

At the same time, to insist that that case was one where the medical decision was rightly shared is highly problematic or, at best, renders SDM applicable to only a minuscule fraction of health care encounters.

Scratching below the surface

First, note that it is unlikely that the cardiologist cared much, one way or another, about which decision the conversations with the patient would ultimately lead to.  In situations where there is sufficient uncertainty vis a vis the right course of action, physicians can remain relatively dispassionate about the various options to be considered.  Engaging in shared decision-making seems plausible.

In contrast, imagine a surgeon who discusses treatment decisions with a Jehovah’s Witness patient who is anemic from gastrointestinal bleeding.  The question of shared decision-making would likely be viewed in a different light.  If the physician has a very strong opinion about what the best course of action is, the “process of accommodation” of SDM may seem wishful, if not idiotic.

Second, the cardiologist may have sincerely believed that the decision reached was “shared,” but there is no way to verify that claim as fact.

How can one tell apart a shared decision from a decision where one party persuades the other who is willing or eager to be persuaded?  “Whatever you say, doc!” is commonly uttered by patients irrespective of the diligence with which the physician may be trying to engage them in the decision at hand.  Many patients may be hard-pressed to affirm with certainty whether their perspective and concerns were simply taken into consideration, or whether they were actually decisive in-and-of-themselves.

But the distinction is critical and, as I will next demonstrate, it should be clear that medical decision-making properly belongs to the physician and not to the patient.

What it means to be a patient

As we saw in the previous post, the contemporary bioethicists who are advancing the idea of shared decision-making do so because they hold the notion of patient autonomy as supremely important. But this elevated view of patient autonomy and self-determination reflects a fundamental misunderstanding of what it is to be a patient.

Patients are by their very nature impaired in their autonomy and capacity for self-determination.  Etymologically, that is the meaning of patient, which is the antonym for agent.  A patient is precisely one who can no longer act as an agent and who, because of illness or disease, has lost some degree of self-determination.

That loss of self-determination is obviously manifest in the case of a major sickness or trauma, when the patient can’t walk, or breath, or think straight, or think at all.  But, at some level, it is also true with minor illnesses.  When I have a cold, I am to a small degree less autonomous than I would be if I did not have the cold (and not just because it’s man flu!)

And that loss of self-determination may even be present when patients are seemingly in perfect command of all their faculties, physical or mental, although here a distinction must be made:

On the one hand, the young cardiac arrest survivor who was confronting a “return-to-play” decision with her cardiologist may have been perfectly capable, physically and rationally, of deciding for herself whether to play sports or not.  However, to the extent that she was choosing the best option, she was not acting as a patient but making for herself her own treatment decisions.  The cardiologist was simply providing information.

There’s nothing wrong with providing information about medical knowledge, but it should be clear that when doctors perform that function, they are not engaged in medical care properly-speaking. In such situations, being a physician is incidental to providing information.  Depending on the nature of the information, it could be equally well provided by an experienced nurse, by a pamphlet, of by Dr. Google.

On the other hand, to the extent that the patient chose to involve a physician, she was implicitly transferring the decision-making authority to the doctor.  There’s nothing wrong with that either.  In fact, as I mentioned above, patients normally recognize that, no matter how much information they have, and no matter how rational and in control of their faculties they may be, they are ultimately the subject to a treatment decision.  Being on the receiving end of an action is the other aspect of the etymology of “patient”.  And being subjects of decisions, patients can hardly be expected to be objective about them.

What it means to be a doctor

Now, it is true that, many times, patients delegate decisional responsibility with a great deal of ambivalence, or even reluctantly.  That, too, is natural.  Each one of us naturally wants to hang on to our autonomy and sense of self-determination.  But, at the end of the day, patients seek the help of doctors because they recognize that doctors are in the best position to make healthcare decisions, not only because doctors have knowledge and experience that patients do not have, but also — and perhaps primarily — because doctors are detached from the experience of illness and can therefore be wiser judge of which decision is best.

Of course, giving the physician decisional authority doesn’t mean giving carte blanche to do as one wishes.  Understood properly, the role of the doctor is to act on behalf of the patient to achieve or maintain health.  And because health pertains to individual persons, it has a dimension of particularity.  The doctor has precisely to act on behalf of Susan or on behalf Jim, and not simply on behalf of “a 43-year-old diabetic man with an LDL level of 180.”

We, as physicians, are not caring for abstracted features disconnected from the personality and circumstances of the patient at hand.  That is why knowing our patients personally is so important — although, admittedly, it is more important in some situations than others: an emergency room doctor treating a broken arm does not need to have as deep a personal knowledge of the patient as a generalist who confronts an elevated PSA in a 72-year-old man.

Shared decision-making was conceived as a check against the paternalistic attitudes of doctors.  On the surface, it may seem to promote a dialogue between patients and physicians that is too frequently neglected when doctors are inordinately self-important.  However, SDM only muddies the waters of clinical decision-making and weakens the bond uniting patients and doctors.

By diffusing responsibility — and therefore accountability — for medical decisions, SDM creates ambivalence and widens the distance between the two parties involved: it promotes a “hands off” attitude on the part of physicians while forcing on patients and their families a role they are neither capable of carrying out nor willing to take on.

A physician mother and how her heart shattered 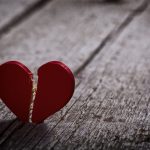 The rewards of being a designated airman medical examiner 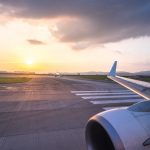 Is shared decision-making applicable to only a minuscule fraction of encounters?
2 comments