The main reason we are seemingly so accepting of lockdowns and vaccine mandates is that we have been conditioned to view a pandemic or an epidemic as a war being waged on our society.

In wartime, we naturally expect civil liberties to be suspended. Likewise, the reasoning goes, during a pandemic we need to act in a unified way under some central command to fight this viral existential threat. Individual rights and freedoms must be curtailed for the sake of the greater good.

But that’s a false analogy. A pandemic is not a war. It’s a natural disaster. (Granted, SARS-CoV-2 may not be so “natural” but still, the virus is not an “enemy” waging a war on us.)

A natural disaster doesn’t intend to subjugate cities and countryside, take natural resources and wealth, rape women, or enslave men. The virus doesn’t intend any of this. It has no intentions whatsoever. Heck, it is not even alive.

The only similarity between a war and a pandemic, then, is that oftentimes many lives are lost in both cases. I say “oftentimes” because it is actually not the case that lives are always lost during war, even if the war itself is lost. The enemy may be so powerful as to take over the country without a shot being fired. In fact, war rarely aims to kill citizens for the sake of killing. Deaths are usually the consequence of one state trying to control another. Once control is achieved, the killing usually stops.

But not so with the virus. So far as we know, it just kills individuals mindlessly. It has neither the intention nor the capability of taking over the country or subjugating the people. Therefore, it is not a threat to the common good, only to many individual goods.

And that’s a major difference. It’s for the sake of the common good that, in wartime, we accept the sacrifice of the individual good. And, particularly if it’s a “just war,” the sacrifice is actually embraced by the individual. The hero may regret leaving behind wife and children but he is propelled to move to the front by the greater attraction of safeguarding the greater good.

Granted, human nature being what it is, wars are rarely just and individuals are rarely heroes, so the sacrifice often involves forced conscription. But still, we can have a sense of how things are supposed to be in time of a “good” war when all citizens are “good” and ready to enlist.

But a pandemic is clearly not like war. It does not bring forth the same motivations of heroic self-sacrifice and reactions of solidarity that a just war brings. If a heroic action takes place during a pandemic (and clearly such action does take place from the ranks of frontline workers) it is a self-sacrifice aimed at saving the lives of particular individuals and is therefore indistinguishable from peacetime heroic action, as when a person jumps into a torrent to save a drowning baby.  It is motivated by the love of neighbor, not love of country (i.e., common good love), precisely because it is not the country nor its common good that is under threat.

This is particularly true of this COVID pandemic which attacks individuals with such discrimination, generally sparing the young and healthy while slamming the old or those with metabolic or immune vulnerabilities. But discriminate destruction is, in fact, typical of natural disasters: It is the Gulf Coast, Florida, and the Eastern seaboard that are the target of the hurricane while the earthquake shakes California; Vesuvius was fatal for Pompeii, but hardly for the rest of Campania or for Naples; the flood affects those living on the plain, not the mountain-dwellers; etc. It is not the common good that is undermined by the disaster, but only many individual material properties and many individual lives. War, on the other hand, aims at controlling the whole land.

That’s why lockdowns and vaccine mandates are so wrong.  They are a kind of collective action that would be justified in wartime but is applied in actual peacetime.

And it’s easy to see the difference in effect: when the state mobilizes factories to build weapons to defend from the invasion, the good that results benefits everyone, since the threat itself is collective. But when the state shuts down restaurants and churches allegedly to save hospitals, while the Zoomocracy thrives, it has pitted one part of the nation against another, thus manufacturing winners and losers from within its own people.

And likewise with vaccine mandates that overtly do violence to the unvaccinated who are plainly innocent of any wrongdoing. By coercing vaccination on one group to “protect” another group from the virus, state mandates treat some people as human shields for the benefit of others. Yet all are within the same commonwealth!

Our pre-conditioned way of thinking about pandemics in martial terms may, unfortunately, turn into reality. The virus may eventually recede, but many common goods may not survive the response to the pandemic.

After it was announced that the administration would decree a nationwide vaccine mandate that could affect 100 million people, the Babylon Bee immediately put up a headline “Joe Biden Announces Civil War.”

It wasn’t fake news. Unfortunately, it was not satire either. 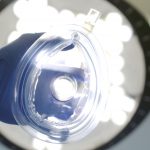 The art and uncertainty of triage

A pandemic is not a war. It’s a natural disaster.
3 comments