In a matter of less than a decade, “shared decision-making” (SDM) has emerged as the uncontested principle that must inform doctor-patient relationships everywhere.  Consistently lauded by ethicists and medical academics alike, it has attracted the attention of the government which is now threatening to penalize doctors and patients who do not participate in SDM prior to providing certain treatments, even if the legal process of informed consent has been fulfilled — and even if the treatment is widely considered to be clinically justified.

For example, in a recent issue of JAMA, an editorial approvingly reports that the Center for Medicare and Medicaid Services will soon refuse to pay physicians and hospitals for the implantation of cardioverter-defibrillators unless the decision to implant these life-saving devices was “shared” with the patient.   Although the announcement is short on details regarding the formal process by which SDM must be documented to have occurred, the new policy certainly testifies to the unquestioned status SDM has rapidly acquired as a general principle of medical ethics.

Where does the idea of shared decision-making come from and how did it suddenly emerge to represent the highest of bedside virtues?  I will present historical development of that concept in this post and examine its highly problematic aspects in more detail in subsequent articles.

The malpractice crisis and the ethics of informed consent 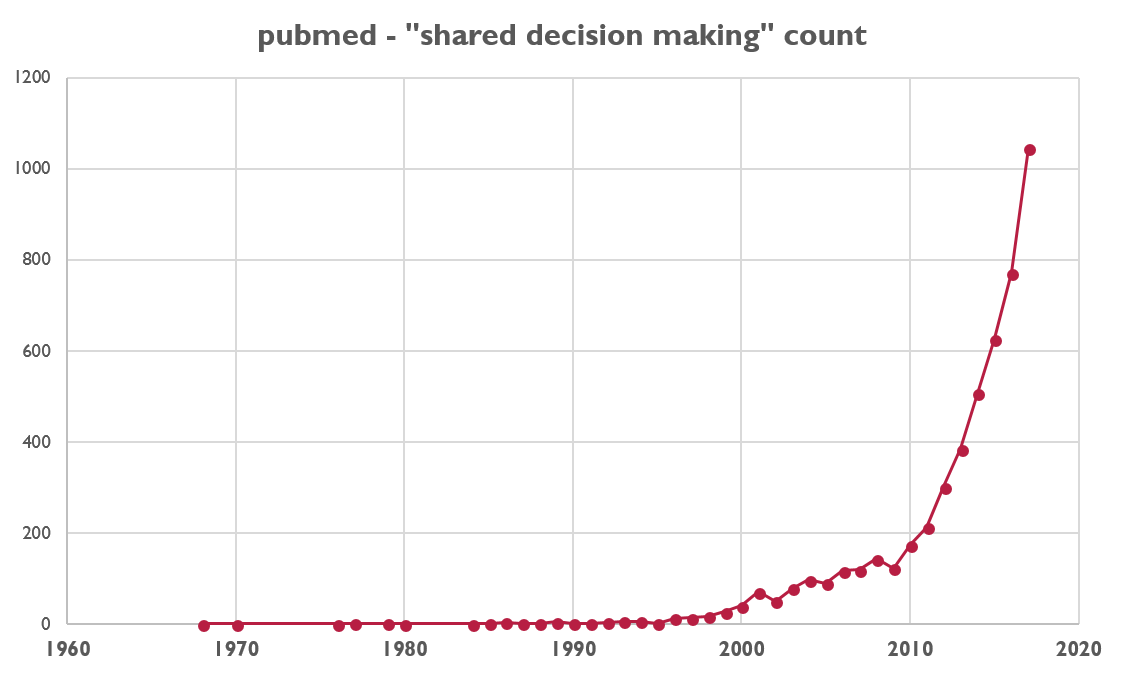 As you can see from the graph above, the term “shared decision making” was hardly mentioned in the medical literature before the late 1990s.  The first significant appearance of the phrase, however, was in a voluminous report titled Making Medical Decisions issued in 1982.The report was authored by a Presidential Commission of ethicists tasked with examining the question of informed consent.

The context for that commission was the malpractice crisis of the 1970s.  Beginning in the 1950s, as medicine was increasingly being practiced according to industrial norms, the number of malpractice litigations rose dramatically.  By the mid-1970s, it had caught the attention of the federal government.

In those days, malpractice cases were commonly ruled against physicians for failing to properly inform patients of the benefits and risks of the procedures and operations undertaken.  From those rulings, a practice emerged — still in place today — of formally documenting on a piece of paper that a conversation took place with the patient, informing him or her of the risks and benefits of certain treatments.

The Presidential Commission was asked to evaluate that process and make proposals for improvement, if possible.  It issued that very lengthy report and it is in that report that the phrase “shared decision making” was first introduced to encapsulate the Commission’s most important recommendation.

The Commission, while recognizing the difficulty of the task, believes that “shared decision-making” is the appropriate ideal for patient-professional relationships that a sound doctrine of informed consent should support. (p. 30)

The recommendation to promote SDM figures prominently in the cover letter to the President that accompanies the report and it is the focus of the first and most important chapter of the document.

Between the charybdis of paternalism and the scylla of consumerism

The Commission argued that the then-prevalent process of obtaining informed consent was essentially a sham process.

The realities of court decisions on informed consent thus fall short of the law’s professed commitment to the value of self-determination. Since “the courts imposed primarily a duty-to-warn on physicians,” thereby avoiding a judicial recognition of the proposition that patients have a decisive role to play in the medical decision-making process, they have merely reinforced “physicians’ traditional monologue of talking at and not with patients.”

In a certain sense, the Commission was absolutely correct.  The process of obtaining informed consent often was — and is — a perfunctory administrative procedure whose primary object is to offer legal cover for hospitals and regulators and (less effectively) for physicians.

But note that the Commission appealed to “the law’s professed commitment to the value of self-determination.”  The ethicists felt that the medical profession was out-of-step with our prevailing legal — and presumably moral — values of the country.  They make that point more explicitly here:

While the law has proclaimed, if not always given effect to, such propositions as “Anglo-American law starts with the premise of thorough-going self-determination” and “each man is considered to be his own master,” recent scholarship has suggested that such sentiments have played little role in traditional health care and are indeed antithetical to the proclaimed norms of the medical profession.  Medical skepticism of patients’ capacities for self-determination can be traced to the time of Hippocrates

Self-determination (sometimes termed “autonomy”) is an individual’s exercise of the capacity to form, revise, and pursue personal plans for life … More is involved in respect for self-determination than just the belief that each person knows what’s best for him- or herself, however.  Even if it could be shown that an expert (or a computer) could do the job better, the worth of the individual, as acknowledged in Western ethical traditions and especially in Anglo-American law, provides an independent — and more important — ground for recognizing self-determination as a basic principle in human relations, particularly when matters as important as those raised by health care are at stake.

In other words, the view of the Commission was that medical tradition was behind the times and had not sufficiently embraced the Anglo-American legal doctrine of individual self-determination.  Instead, the medical profession should shed its paternalistic model and bring its ethics in line with those of modernity where individual autonomy occupies pride of place.

At the same time, the Commission was concerned with the opposite and more libertarian extreme:

Proponents of maximal patient sovereignty assign patients full responsibility for and control over all decisions about their own care. According to this view, practitioners should act as servants of their patients, transmitting medical information and using their technical skills as the patient directs, without seeking to influence the patient’s decisions, much less actually make them.

Both positions [medical paternalism and patient sovereignty] attempt to vest exclusive moral agency, ethical wisdom, and decision-making authority on one side of the relationship, while assigning the other side a dependent role. In the view of the Commission, neither extreme adequately reflects the current nature and needs of health care. (emphasis mine)

Shared-decision making, then, was the solution conceived by the ethicists to avoid the traditional medical disregard for patient autonomy, on the one hand, and the consumerist trend that, for reasons not made entirely explicit, the Commission found objectionable.

“A multitude of different realities”

Unfortunately, the idea of shared decision-making rests on a rather shaky conceptual foundation.

Decisions are mental acts taken by individuals.  As such they cannot be shared, except in a loose sense.  Sharing is first and foremost a relationship of parts.  For example, Lauren Bacall’s lipstick and Bozo the clown’s nose both share the color red.  They are both part of the universe of red things.

When you and a friend “share” the decision to go out for sushi, you are not sharing a decision as much as making two separate decisions coincide. There is no real universal set of “sushi-eating decisions” that both of your decisions are parts of.  Decisions are judgments made at a given time by a given mind.

And, when it comes to reversible decisions, minds can change independently: you can cancel your sushi date on whim and go alone to the local fast food place instead.

How did the Presidential Commission define or understand SDM?  Rather nebulously, as you can see for yourself:

The nature of the patient involved — his personality, character, attitude, and values — and the factors which led him to seek a medical encounter with this particular physician are central components of the process. Similarly, the personality, character, attitude, values, and technical skills of the physician affect the accommodation. Further, the quality of the interaction between patient and physician — the chemistry of the interaction — modify the process. Of course, the nature of the medical problem, including its type, acuteness, gravity and its potential for remediation, will be a major determinant of whether a physician-patient accommodation is achieved.  For example, the entire process will be modified profoundly and telescoped if the patient is acutely or critically ill and alternative medical resources are unavailable. Finally, other considerations which may affect the achievement of a physician-patient accommodation include the clinical setting, e.g., a hospital, doctor’s office, or the patient’s home; the organization of the medical service, Health Maintenance Organization, or fee-for-service; and also, occasionally, the claims of relevant third-party interests such as those of family, insurers, or the state.

What are we to make of this appeal to a “multitude of different realities” where “the particular resolution of rights and responsibilities reached at a given point of the relationship may change with time and circumstances?”  The ethicists seem to confuse the process of deliberation and the actual act of deciding.

The idea that a medical decision should be a process of accommodation between a doctor and a patient is really untenable, and we will explore this difficulty in a more concrete way in coming posts. 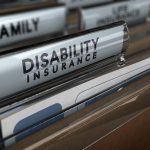 Is there a case against shared decision making?
2 comments