I recently completed my internal medicine residency training.  Three years, thousands of hours, thousands of patients, thousands of decisions.  I certainly learned a lot from the past three years: everything from what “HFrEF” means and how to manage it, to treating recurrent C. difficile colitis, to how to share decision-making with patients about whether or not to start anticoagulation in atrial fibrillation.  Despite the multitude of lessons I have learned from my co-residents, my fellows, my attendings, the nurses, the pharmacists, and everyone else involved in my training, I think that the most profound lessons I’ve learned are from my patients.

Earlier this year, a patient gave me a recipe for leg of lamb.  He had been fighting a hematologic malignancy for years and had spent the better part of the past six months severely neutropenic — and then came in with invasive aspergillosis, which led to emergent and disfiguring surgery. At first, he could laugh about “being a pirate for Halloween” [this was months away from Halloween].  Later, he refused to speak to the team when he realized just how seriously ill he was.  There’s nothing worse than watching someone decline like that — and so, I pulled up a chair to the bedside, let his wife have a well-deserved break from being in the room, and asked the patient what he liked to do.  He eventually started talking about cooking, which is something I enjoy, too.  Naturally, I had to ask him what his “signature dish” was.  It was a leg of lamb.  As he described how to remove the fascia from the meat, and how to properly spice it, and at what temperature he would roast it, he became more than “the patient with invasive aspergillosis.”  I saw a small glimpse of the man who had loved being the center of his family and celebrating with them.  When the hours and stresses of residency add up, it’s important to remember to spend time with those we love.

Some of the things I’ve learned from my patients aren’t as bittersweet.  There was another patient, the victim of another drug overdose in the ongoing heroin epidemic, who came under my care last fall.  Just as soon as she was remotely stable, she wanted to leave — that instant.  So, I went in to talk to her, to see if I could convince her to stay at least a little longer.  She had back pain, and if we couldn’t give her pain medications, she was going to go back out on the street and find something that would work.  Eventually, she agreed to stay and to try to get help for her addiction.  After her estranged daughter showed up to see her, the patient opened up about what had happened to her — after a car accident, she had back pain and had gotten her first prescription for opioids.  Years went by with monthly refills, until her physician abruptly cut her off, at which point she turned to the street to get pills, and later, heroin.  Heroin was cheaper; surprisingly cheap, when I asked her how much it cost.  Perhaps she was the victim of a well-intentioned effort trying to curb opioid use in this country.  Now, though, she wanted to get clean — the condition her daughter set for being able to see her grandchildren.  This patient taught me of the importance of looking beyond just “another addict” or “another XYZ” patient, because each of these patients is someone’s parent, partner, child, or friend.

Several of the things that I’ve learned have been much lighter in nature, too.  The retired jeweler in my clinic who gently chastised me for wearing my engagement ring while pulling gloves on and off in clinic.  He didn’t want me to accidentally throw away something that’s priceless.  The kind older bus driver who recommended places to go for vacation (you were right — Austin was a really fun place to go for a long weekend).  The patient who very much misunderstood what I was saying (“I like Boston,” in reference to his Red Sox shirt; not, “I like boxing”) and peppered me with questions about which weight class I liked.  The lovely and very chatty patient with whom my attending once left me, as he ducked out of the room, telling her that his resident (me) liked cookies, thus leaving me to debate the merits of thin and crispy vs. thick and chewy cookies for 20 minutes and prompting the patient’s family to show up with bags of cookies for me the next day.  These patients taught me to really listen to what people are saying, because these human connections are worth their weight in gold (and chocolate chip cookies).

It can be very difficult when the hours are long, the learning curve is steep, and the patients are sick to remember to learn something every day.  Reading books and journals and doing questions is important, but so is learning from our patients.  And I am so glad they are willing to teach.

Ellen Poulose Redger is an internal medicine chief resident who blogs at Insights on Residency Training, a part of NEJM Journal Watch. 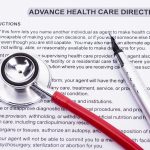 When a physician attends the funeral of a patient 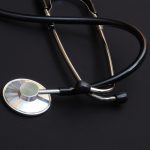