An excerpt from Dead Execs Don’t Get Bonuse$: The Ultimate Guide to Surviving Your Career With a Healthy Heart.

The details of the careers and tragic deaths of these CEOs are a matter of public record, and the disruption that followed their deaths was enormous. Take Ranjan Das, for example. At age forty-two, he was the regional CEO of SAP for the Indian subcontinent and the youngest CEO of a multinational corporation in India. He was returning home after using the corporate gym when he suffered a fatal cardiac arrest.

Das was known for his healthy diet and exercise habits. He had finished a marathon just months before his death (reminiscent of Jim Fixx, the world-famous runner, and author of The Complete Book of Running, who died suddenly of heart disease at age fifty-two).

Das had led all marketing activities at SAP and designed and managed many revenue-generating functions involving software sales and support and had previously founded a startup in Silicon Valley. He graduated from MIT with a full scholarship and received an MBA from Harvard Business School. He wrote short stories and essays and was planning to make a movie.

After his death, he left behind a wife and two children, aged two and ten years old. His tragic death is enormous on so many levels. We’ll never know whether or not advanced laboratory and imaging examinations could have identified his silent heart disease and whether lifestyle changes, supplemental and prescription drugs, and revascularization therapies could have been used to extend his life. My sympathies go out to his family and friends.

James Cantalupo appeared to have it all. At age sixty, he was the CEO of McDonald’s. He was trained as an accountant and had a thirty-year career with the food giant, starting as a controller, moving up to a regional manager, then president of McDonald’s International, and finally corporate CEO. Under his leadership he introduced salads, adult Happy Meals, and yogurt and fruit to the McDonald’s menu. He also served on the board of directors of Sears Roebuck Company. He was at a corporate convention in Orlando when he suddenly collapsed in his hotel room in the early morning hours, moments before he was due to speak to franchisees at the convention. He was rushed by ambulance to a nearby hospital, but even with continuous CPR he was pronounced dead on arrival, the result of a fatal heart attack. He left behind a wife and two children. I can hardly imagine the shock, pain, and suffering that the family of Mr. Cantalupo must have experienced, and my thoughts go out to them.

Finally, let me tell you about John Warner, MD, a lucky cardiologist from Dallas, Texas. Warner serves as chief of cardiology at the University of Texas Southwestern Medical Center (where I trained many years ago) and is chief medical officer. Recently, he lectured to thousands of cardiologists about his own concern that he was fifty-two years old and that males in his family rarely reached the age of sixty because of heart disease. He called for a greater focus on the prevention of heart attacks.

The next morning he suffered a heart attack in his hotel room, immediately complicated by a full cardiac arrest. Due to the rapid response of his family and bystanders, he received CPR and several shocks to his heart and was able to have an emergency stent inserted at a local hospital.

The fact that Warner is back at work demonstrates the miraculous power of immediate resuscitation and advanced care, successful in less than fifty percent of cardiac arrest victims—but it points out a glaring problem. Why was this highly educated man not aware of the imminence of his heart attack? What tests can be done on someone like him to identify silent heart disease and its root causes, and what can be done to halt and reverse the process? Warner is a very lucky man, and as a cardiologist he’s in a position to spread the message that dead execs, dead doctors, dead lawyers, dead accountants, dead CFOs, dead dentists, dead professors, dead teachers, dead policemen, and so on don’t get bonuses, vacations, or time to enjoy the sweetness of life.

A plan for prevention

Decades ago, British physician Denis Burkitt commented that the medical system resembled a waterfall. The system was geared to deal with people falling over the cliff into the water, injured and in need of emergency care. Ambulances, emergency rooms, and dramatic treatment of the injured could save the day. A more sensible plan, however, would be to build a safety fence around the falls, preventing those injuries and emergencies and minimizing the need for acute care. There should be a similar sensible plan for the prevention of heart attacks.

The goal of this book is to minimize the chances that you’ll fall over a proverbial waterfall, risk your life, and need emergency services to overcome a heart attack. With all of the technological advances that have developed over the last few decades, it’s possible to identify heart disease at a stage so early that treatment can be started years before a heart attack ever happens. Furthermore, simple lifestyle changes and certain medical treatments have been shown to prevent eighty to ninety percent of heart attacks. Finally, even established coronary heart disease and severely blocked arteries can be treated by diet and other noninvasive modalities, resulting in a reversal of any arterial narrowing and an improvement in symptoms and outcome.

It’s critical that more executives learn how to live a heart attack-free life. I’ve invited my dear friend, Felicia Molnar, to share her painful story and the tragedy that struck her beloved husband Imre, cutting short his successful executive career in Detroit. I hope her words move you to action. Please, don’t ignore the teachings in this book. Share them with your friends, coworkers, and family and maximize the possibility of leaving a life free of heart disease and heart attacks.

Joel Kahn is a cardiologist and can be reached on Twitter @drjkahn. He is the author of Dead Execs Don’t Get Bonuse$: The Ultimate Guide to Surviving Your Career With a Healthy Heart. 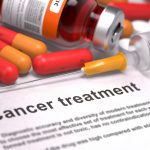 MKSAP: 30-year-old woman is evaluated for a 2-month history of diarrhea