Cancer is the enemy.   So, our immediate desire is to get rid of it, throw it away, and never hear from it again.  Current therapies that require living tissue are proving that false.   We know that your living tumor tissue is like your fingerprint, unique to each individual patient.  It contains information specific to you, your genetic make-up, your cancer and ultimately the thought is, your treatment.  If kept alive, instead of being thrown away as medical waste in the operating room, it can unlock treatment options that might not otherwise be considered and save patients from side-effects of ineffective treatments.

In today’s world of chemotherapy and targeted cancer therapies, therapy is administered without checking to see what would happen first.  After the pathologist cuts the cancer into chunks, those pieces, though dead, are preserved within blocks of wax.  A fancy meat cutter then slices off very thin pieces of the tumor so that the pathologist can examine it under the microscope.  From that analysis, and from information about what happened to other patients with similar, but certainly not identical, problems in the past, the physician then decides how to treat the cancer of that individual patient.

This treatment method works about half the time.  Well, to be specific, in cases in which drug therapies are the mainstay, such as for cancers of the lymph nodes and the blood — the lymphomas and leukemias — they really do provide significant benefit.  On the other hand, most of the benefit from modern cancer care for solid tumors comes from the surgical and/or radiation oncologic interventions.  The actual additional incremental survival benefit from chemotherapies or targeted therapies in solid tumors over that provided by surgery or radiation is generally in the single percentage point ranges.

But if instead, the cancerous tissue is kept alive we can test tissues outside the patient’s body against the same therapy that we plan to use against the cancer within the patient.   And only then would we treat the patient with a toxic drug.  But, remarkably, we do not do that.  Instead of keeping cancer tissue alive for further testing, we put it in formalin, which kills it.

Functional precision medicine is the alternative. It is the analysis of each patient’s living cancer tissue after treatment by drugs outside the body. And only then, does the patient receive treatment. This prevents injury to the patient by preventing ineffective cancer therapies from occurring, fostering effective therapies and potential patient benefit, and almost certainly saving costs for the patient.  While this concept is new, a new society has been formed to advance these ideas and create new trials around them.  This society is named the Society for Functional Precision Medicine.  And, a new industry is forming around it to save tissue, freeze it alive, then test it with many different medicines.

Just like freezing cord blood for newborns, the technologies exist.  The early supporting data is in.  Now we must shift our thought processes to embrace this change in the way we treat cancer.  The paradigm must shift to the study of an individual patient’s cancerous tissues, and, return that information to the cancer physician. This enables the care team to make better decisions and in effect, puts a person’s cancer to work for them.

Therefore I suggest, we must look further before we define precision medicine in cancer care as the genomic or other molecular characterization of dead tumor tissue.  Conceptually, it makes little sense, and, in actual fact, such analysis works in well under 10 percent of cases.

The real way forward for precision medicine is to keep the cancer tissue alive, then grow it in a culture, just as you would in another analogous situation such as growing a bacterium causing an infectious disease.  Then you test it with different medicines to see what kills it outside the body, just as you would decide which antibiotic to use for that bacterial infection.  This is what is called a co-clinical trial, in which you do the trial on the cancer in a setting in which you figure out whether the treatment works without potentially making the patient sick.

This isn’t rocket science.  This is pretty basic stuff but we seem to have closed our eyes to this reality.

Ken Dixon is a cancer surgeon and founder, SpeciCare.

The present moment as a refuge 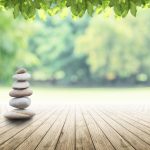 What we can learn from the tragic deaths of CEOs 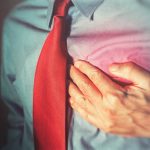