On a curiously warm morning last February, the minister arrived at my childhood home to guide my father to the other side. When he approached the bedside where all of us were gathered around with the Eagles Pandora radio humming in the background, my dad emerged from a semi-conscious state and sat up as best as he could. “Listen. I am not dying,” he declared. As an early-career researcher focused on palliative and end-of-life care, I am all too familiar with the signs of imminent death; to be sure, this declaration could only be a product of denial or a dark attempt at irony.

My dad was notoriously dry-humored and matter-of-fact. When he told a joke, he would raise his eyebrows, lean towards you, and tell it out of just one side of his mouth as though he was letting you in on a secret. We shared sarcastic banter, “Seinfeld” references, and a phone call every Friday afternoon to recap the week. We did not, however, make a habit of sharing our feelings with each other. He was never one to talk existentially or even to verbalize his affection towards my brothers or me. Just when you thought the man didn’t have a sentimental bone in his body, though, you’d walk downstairs during the holidays and find him alone watching decades-old home videos, chuckling to himself. Even in the face of his stoicism, his love was apparent.

Two years ago, my dad had a melanoma removed from his leg. Six months later, the cancer was back with a vengeance, spreading everywhere and quickly.

I sat in on a lot of my dad’s oncology appointments during his last year. Always the analyst, I would dissect these visits and our conversations with providers, watching the statistics and complex issues I read and write about playing out in front of me. Sometimes, I felt like I was watching a scripted performance- like the one time I asked the inpatient oncologist for a palliative care consultation, and he said incredulously, “I’m not sure how that will help.” If not following a script, then why would this doctor ignore the body of evidence suggesting the benefits of palliative care for people with cancer? Why would he choose to perpetuate the well-documented barriers to optimal care?

I was endlessly frustrated by the myriad of uncoordinated specialists who failed to fully engage us in decision-making and conversations about prognosis and goals. An avid disciple of the hospice “philosophy,” I was once again frustrated by a health care system in which curative and comfort care are deemed mutually exclusive. For all of the system’s flaws, though, I think I was most frustrated by my dad’s seeming state of denial. At every step in his cancer trajectory, he seemed hell-bent on rejecting the consensus recommendations of my field and embodying the widespread aversion to end-of-life care that I loathe.

He downplayed his symptoms, exaggerated the success of treatment regimens, and refused to engage in any type of advance care planning. He kept almost everyone in the dark, even some of his closest friends. It wasn’t until a week before he died that he sat my brothers and me down and told us that he didn’t think he was going to win this battle, something that, by that point, we had known for quite some time. I believed his avoidance of these conversations to be as impractical as it was delusional, and I feared that he was completely ignoring his existential needs.

Up until just days before he died, my dad continued to take chemotherapy pills, his final “Hail Mary,” despite their litany of adverse side effects. To me, those pills were a symbol of medical futility, another example of needless suffering in the name of the “fight” against cancer. Receiving hospice care for less than 72 hours before he died, he fell way short of the optimal length-of-stay and used almost none of the holistic services that hospices can provide. Throughout his illness, he bristled at the mere mention of hospice despite my constant attempts, in the name of science, to rectify his misconceptions.

As an end-of-life care researcher, my dad’s nonacceptance of death was frustrating; as his daughter, it was, at times, painful. A part of me was envisioning a “Tuesdays with Morrie” situation or some kind of blockbuster ending with a bow tied on it. I thought that his stoicism would give way to an emotional candor like I had never seen from him and we would sit down and talk for hours about the meaning of life, illness, and death.

Only now do I realize that this vision I had conceived stood in stark contrast to everything I knew about my dad. In hindsight, although he was aggressively pursuing different treatments, of course, he wanted to sit on the beach with a cold beer and talk about sports and World War II podcasts, not cancer. Although he didn’t seem to fear death, of course, he didn’t accept it or care to get sentimental about it. A week before he died, he told us plainly that his love and pride for us defined him and that was that. My stubborn father would not be held to the scripts of books or movies or even to the scripts recommended by my beloved scientific evidence. Once a source of frustration and disappointment, this somehow comforts me now.

I have long been a critic of our society’s aversion to death, a fierce proponent for reimagining our collective consciousness such that death is not so unpalatable. And I continue to hope for a shift in policy and culture that allows hope and relief from suffering to coexist. But seeing my research play out in front of me in real life, I was reminded of the limitations of science in capturing the nuances of human experience. Death is as individual as the lives leading up to it.

Indeed, my dad was as resolute and unsentimental in death as he was in his 63 years of life. Despite all of the curveballs cancer tossed his way, his signature dry humor did not waver, even on that warm morning in February the day before he died. After sort of brushing aside my dad’s declination of his own mortality, the minister began soliciting prayer requests. He asked us what was on our hearts or what kind of spiritual comfort we needed. My dad seemed to be deep in thought for a few moments. Finally, his eyebrows raised over twinkling eyes, he said through just one side of his mouth: “You know what? I’d really like right now is a ginger ale.”

I'm sorry about what happened to your son under anesthesia 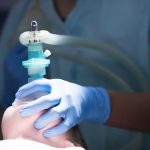 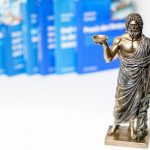