I still recall the ICU physician holding my hand and preparing me for the possibility I might not survive the blood clots in my lungs, pulmonary embolism. It was eighteen years ago when out of the blue, I found myself unexpectedly holding the hand of that gentle, concerned doctor, whose name I do not even know. My son was three years old at the time, and all I could think about at that moment was him growing up without his mother. I was lucky to survive my blood-clotting event because many people do not. In 25 percent of patients with pulmonary embolism, there is no time to even ponder one’s mortality—the first and only symptom is sudden death.

I am high risk for having another such clot event. I take an oral anticoagulant, or blood thinner, to prevent it. It is a therapy that comes with risks, foremost bleeding. The mortality rate of an intracranial bleed developed while on anticoagulation is a staggering 50 percent.

My father also took a blood thinner for clots he developed in his lungs while undergoing cancer treatment. Unfortunately, while he was on anticoagulation, he developed a massive internal bleed that could not be controlled. I watched the doctors try to save him while he bled to death. It brought home the treatment risk I am walking around with every day of my life in very real terms.

My hematologist and I review my treatment options regularly to ensure I’m on the appropriate drug therapy. We talk about the latest clinical trials, changes in my health, my clot and bleeding risk, and then we decide together which medication is best for my unique need. It truly is a best practices model for evidence-based shared-decision making—something which the HHS Centers for Medicare & Medicaid Services has identified as crucial to improving our health system to ensure optimal health outcomes.

I’ve been stable and successful on my current blood-thinning medication, Eliquis, for eight years. My insurance has been the same during that time-a plan for state employees in North Carolina—and there’s never been any issue with my anticoagulants being covered by my insurance, until recently.

I received a letter the week of Thanksgiving from my insurance plan’s pharmacy benefits manager (PBM), informing me that Eliquis would no longer be covered. It said before January 1, I should ask my doctor about writing a new prescription for either warfarin or Xarelto.

That was it. The letter provided no phone number to call if I had questions. It did not mention an appeals process.

I was not the only patient at high risk for a cardiovascular event to receive such a letter. My PBM manages the prescription benefits for 110 million Americans, and in removing Eliquis from its 2022 commercial formulary, approximately 150,000 patients already stable on it were forced to switch anticoagulants for non-medical reasons.

The move was viewed as so dangerously disruptive by the cardiovascular community that 14 nonprofits began working together under the coordination of the Partnership to Advance Cardiovascular Health on short notice to try to get the decision reversed. It was an unprecedented collective effort I’ve never seen before in my two decades as a patient advocate. The group wrote a letter to the PBM signed by all 14 nonprofits and copied to the Attorney Generals of all 50 states, started an online petition, and nearly 200 physicians wrote letters to the Chief Medical Officer of the PBM.

In addition, clinicians representing the American College of Cardiology and the American Society of Hematology—the two medical societies which draft the thrombosis and anticoagulation clinical care guidelines—met directly with medical leadership of my PBM to persuade them to reinstate Eliquis to their formulary. Since the president of my PBM is also a cardiologist, I personally held out great hope this physician-to-physician discussion would yield a positive outcome for patients.

Why such concern about the insurance coverage of this one drug? Eliquis is a new generation anticoagulant FDA approved to prevent stroke associated with non-valvular atrial fibrillation and to prevent and treat venous thromboembolism (deep vein thrombosis and pulmonary embolism). It is a very popular blood thinner—nearly 3 million Americans take Eliquis, including President Joe Biden.

A plethora of positive efficacy and safety studies were published in 2021, further elevating Eliquis desirability. These studies showed that patients on Eliquis have significantly lower rates of major bleeding—the types of intercranial and gastrointestinal bleeding that can be fatal—and better overall outcomes with lower rates of recurrent thrombosis. The speed at which collective action came together in response to the news that this safe, effective top go-to drug would be unavailable is testament to the perceived dangers of the decision to remove this as a treatment option.

Despite the pleas of 16 nonprofits in total, the formulary change went forward. That my PBM clearly knows the clinical evidence, the safety data and still proceeded over the objection of patients, individual physicians, and these top medical societies is unconscionable. As a patient, the question I have is why? What is the motivation for this dangerous decision to proceed at all costs?

There is no clinical evidence whatsoever to support switching stable patients from Eliquis to Xarelto or warfarin for non-medical reasons. None. Eliquis and Xarelto retail for about the same price in terms of financial cost. The only possible reason for this change is if the PBM made an exclusivity arrangement with the manufacturer of one drug for a more desirable rebate/kickback consideration over another. Such deals are not transparent, and we patients will never know the true reasons why we are not allowed to continue the medication our doctor ordered and which we have been taking for years.

Patients are captive PBM consumers. We do not choose a PBM; our insurance company does that. We cannot simply switch PBMs if we do not like their drug policies. These are the very conditions in which federal consumer protections are warranted.

Anticoagulants are the #1 class of drugs for adverse events. They require careful clinical management. I trust my doctor of 18 years to manage my anticoagulant therapy, not my insurance PBM who is motivated by non-transparent profit motives.

As a patient, how am I supposed to feel good about switching drugs knowing the one I’m being switched to is not the one my doctor recommends nor the one which the clinical evidence suggests is best for my specific condition? That a corporation whom I did not contract with can essentially practice medicine without license over me against the direct medical advice of my doctor has come as quite a shock. Its legality and the lack of consumer protections to prevent patient harm is astonishing.

Beth Waldron is a patient advocate and can be reached on Twitter @bethwaldron.

Fellow physicians, what is our path forward?

BeMo MCAT Prep lesson #1: The liberal arts is a friend of MCAT test-takers 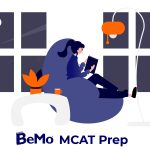