Hippocrates wrote the Oath for Physicians about 2,500 years ago, and numerous translations and variations have emerged for medical students to take, usually at graduation time. That era of Western medicine had great changes so that an oath appeared necessary to protect the patients in those ancient times. The thrust of the Hippocratic Oath included not only the physician’s competence and dedication but also the critical needs of each patient. The goal to protect the health of the patients continued. Most recently, on October 13, 2017, the WMA adopted a revised version of the substance to the Hippocratic Oath.

The people who took the Oath in ancient Greece did so to try to serve the best interests of the patients. This goal made medicine a profession rather than a trade. The Hippocratic Oath was given at the beginning of training rather than after the completion of studies and training — the latter timing in most of our medical schools of today. In fact, the concept of the Oath and serving the best interests of the patient define our standards today or, at least, what physicians still try to achieve for their patients. Modern challenges demand that physicians deal more and more with insurance companies and corporate medicine. As financial entities increasingly try to control physicians, the practice of medicine may become less and less of a profession able to achieve ideal goals for the individual patients. Medicine, as a noble profession, faces the conflicting forces of health economics on a daily basis and even with varying forms of “economic credentialing.”

At the same time as health care becomes more controlled and more infiltrated by businesses, the physician has been demoted to a “provider.” And the definition of the doctor as a learned individual has become blurred with the other less extensively trained individuals in health care. More and more people talk about health care less as a noble profession and more as a business. At the same time as corporate influences in health care are increasing, there have been serious issues with transparency in the business world. Because of so many problems with the financial industries, Harvard Business School and some others have even developed an optional “Master of Business Administration (MBA) Oath.” Many are deeply concerned that business school students and future leaders are losing the ability to empathize with people and need to focus on honesty and integrity. This lack of empathy contributed to the Madoff Scandal, the financial crisis and other financial headlines with the victims of these schemes being ruined. It remains unclear what the consequence would be of a violation. Interestingly, in 2015, an article questioned: “Is the MBA oath still relevant?” The article depicts the “model of economic man rational and self-interested.”

In medicine, the Hippocratic Oath for physicians was written specifically to prevent self-interested doctors from harming individual patients in ancient times. To better serve the present day needs and current ethics of physicians, a more inclusive pledge was written and adopted in October 2017. One key addition is “I will respect the autonomy and dignity of my patient.” Also, “I will practice my profession with conscience and dignity” was increased to “and in accordance with good medical practice.” These phrases offer an effort to address ethical principles that have been more fully included in two documents. Ultimately, the physician is dedicating his or her life and actions to the needs of the individual patient, as well as to humanity.

As the efforts continued to study the exact changes for the Oath of Physicians, a growing concern was the “burnout” of the medical profession. In this era, physicians’ professional conduct emphasizes ethical standing and knowledge at the same time as society appears to value popularity in social media and poles about opinions. This difference in perspective of true quality based on study, training, and experience versus perceived value based on advertising and other business entities has resulted in confusion and stress for many physicians. There is even a worry that the Oath itself — i.e., that mindset of self-sacrifice — is contributing to the burnout.

Currently, the updated version in the 2017 Revised Declaration of Geneva contains the words: “I will attend to my own health, well-being, and abilities in order to provide care of the highest standard.” There was an interesting study to try to answer the question: “Does the Hippocratic Oath promote burnout?” The findings were that the 2,600 physicians studied were mixed in their feelings about the danger of burnout by putting patients first as required by their oath: 20 percent were unsure, 34 percent said it did, and 45 percent said it did not. Many felt the intrusion of corporate medicine, not their physician’s oath, was the culprit for burnout.

There remains a huge divide in the philosophy of a business enterprise, rational to the point of little empathy and with a large investment in advertising strategies, versus that of physicians who deal with individual patient care and life and death matters. An additional problem lies in the different perspectives among doctors themselves when dealing with business organizations. This can lead to conflicts and decreased respect between colleagues of different viewpoints — i.e., some physicians agree more with the financial models than others. By the name change itself from an Oath to a Physician’s Pledge, perhaps there will be a difference in stress. At the same time, a pledge does not have the power in the word as does an oath. The latter word emphasizes that some principles in the care of the patient remain sacred.

One way to decrease burnout for future physicians may include discussion of the Hippocratic Oath at the beginning of medical school and in the graduation ceremony and throughout a professional medical career. The value of the individual’s health and life will continue to be questioned. Physicians must strive to maintain the goal of the profession, namely, to earn continued trust by protecting and treating safely the individual patient. 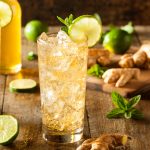 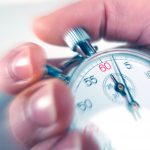 The impact of the Hippocratic Oath in 2018
3 comments