She scrolled up a few texts and saw that her male counterpart who had rounded the previous day had been addressed as “Dr. Stearnes.”

When Mel mentioned the discrepancy to Jacob Stearnes, he just shrugged and said, “The cardiology nurse probably doesn’t even know my first name.”

When Mel mentioned the discrepancy to her husband, an orthopedic resident, he just shrugged and said, “The cardiology nurse probably doesn’t even know your last name.”

But she knew that she was logged into the phone as Mel Stephens, her full name clearly available to the cardiology nurse. She knew that the nurse had chosen to address her as Dr. Mel but her co-resident as Dr. Stearnes. Maybe not an intentional slight, but bothersome to her nonetheless.

She had struggled during her previous rotation as a senior resident in the NICU, where the third year male medical student had been afforded more respect by the nurses and nurse practitioners than was she.

Mel mentioned these observations to me, one of her associate program directors and a future hospitalist partner. And while I agreed that she was justified in feeling annoyed and angry, I felt helpless to do much more than suggest she talk to the director of the NICU rotation. A mid-career male neonatologist.

Across the country, 56 percent of currently practicing pediatricians are female. 75 percent of pediatric residents are female. These numbers are consistent with the trends in our city and residency program. Yet, the vast majority of the division chiefs, chairpersons, and medical staff presidents have been and continue to be male at our institution.

When National Women Physicians Day was first celebrated on February 3, 2016, it rubbed me the wrong way. And I have been increasingly bothered by it the past two Februarys when my newsfeed has been filled with #IAmBlackwell posts. I do not say this to take anything away from the accomplishments of Elizabeth Blackwell or of any other female physician who has gone before her or followed since. Many have overcome significant obstacles, to be sure.

But I just want to be celebrated alongside my male counterparts on March 30 when it is National Doctors’ Day. There is nothing more extraordinary about me or other women becoming doctors than there is about any man doing the same. We have gone through same schooling, the same training, the same sacrifices. We miss soccer games and bedtimes and family dinners just like the guys. Some studies would even suggest that we are better, in some ways, at being physicians. So let’s strive for the same pay and same opportunities for advancement and worry less about having a special day on the calendar.

I want to be able to offer Mel and all of the other female residents and students assurance that they are equal and valued. And right now, I’m not sure I could look her in the eye and say that those things are true.

MKSAP: 48-year-old man with a 4-week history of heartburn

An orthopedic surgeon’s take on the e-scooter craze 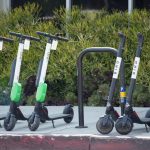