When I first announced my boyfriend and I were engaged, I was met with follow up questions. “When is the wedding?” “How did he do it?” And, inevitably, “Will you be taking his last name?”

My reply to the latter was often met with a furled brow. I heard, “I am surprised you of all people would take someone’s last name. That’s great though!” Similar responses repeatedly caught me off guard.

During the process of changing my last name, I learned that it would be both logistically challenging and professionally costly.

What many consider a benign — and even mundane — marriage custom is actually an underappreciated sacrifice many women make when they marry.

My journey began at a social security office, followed by the DMV, then waiting for updated documents to be created and filed. Once completed, I was positioned to submit paperwork to my school, employers, insurers, retirement planning agency, etc.

After the legal name change process, the time came to tackle my internet presence: email addresses, social media accounts, professional association memberships, academic systems, such as USMLE and the registrar’s office, and the like. These changes impacted my professional life and represent a burden that likely affects women disproportionately.

What’s in a name anyway? A lot. People sacrifice inches off their resumes to display it in large font. It is the first piece of information shared when encountering a new person. Before marrying, I spent years building my network, professional, virtual and personal with the name Cecilia Bonaduce. Google search results for “Cecilia Bonaduce” show links to my articles, a YouTube video I made at UC Berkeley and more. Googling “Cecilia Leggett” yields the White Pages and a YouTube video of a lovely couple’s wedding — a different set of Leggetts. Employers and residency programs often Google applicants, in my case, one search result delivers a noteworthy history while the other — a vacancy.

The last name is key to accumulating academic currency — publications. I got married around the time I was preparing my first paper. I often joke that my husband married me when he signed our marriage certificate while I married him when I submitted my manuscript with the name Cecilia Leggett. Joking aside, the cost of changing your last name for professional women can be significant.

My local newspaper and my state’s medical association published a couple of articles of mine over the years. UC San Diego School of Medicine has a very supportive faculty, and I would often receive brief emails from my attendings who came across my writing. Recently, I ran into one such attending while on the wards. I saw them recognize my face, but struggle to place it. They glanced at my name badge but the name they remember, the name they saw in an article that prompted the kind message a year earlier, did not match the name on the badge. Changing my last name resulted in some unwanted anonymity.

I changed my name halfway through third year of medical school. My badge changed first. Weeks later, my email address. My name on record with the registrar’s office: married; at student health: maiden; on electronic medical record notes: maiden. The name on the evaluation forms that determine my grades? I honestly have no idea. I feared my evaluators would see my maiden name for the first time on their evaluation form and think: “Never heard of her. She must not have made much of an impression.”

In terms of logistics, social security and DMV offices are only open during standard business hours. Consequently, I had to ask to come in late, leave early or extend my lunch for “personal reasons,” an excuse often accompanied by judgment, especially in the medical community. Requesting even an hour off from a rotation is frowned upon and can be interpreted as misplaced priorities or disinterest in the clinical work.

So why not keep my maiden name? I would finally become “Dr. Bonaduce” while avoiding the nightmarish logistics of legally changing my name.

There are pragmatic benefits to having a single name for a family. Of equal importance, it mattered to my partner, though he never pushed the issue. Nonetheless, I had my reservations.

I felt alone in this process, embarrassed by my reluctance to changing my name while simultaneously abashed about participating in such a gendered tradition. I finally put a label on the situation: a sacrifice.

Three years ago my husband gave up his blossoming career and robust group of friends in Washington, DC, to accompany me to California to pursue my profession. In less than a year, he will make the same sacrifice again after the results of the Match are released. This was a sacrifice he made for us. Similarly, taking his name is a sacrifice I am making for the life we are building together, though many view this as a given and not as a sacrifice at all.

Reinforcing my network and re-introducing myself has been more confrontational than I had anticipated. I often have to correct people, including my superiors, when they use my maiden name. These corrections highlight my recent name change which inevitably results in a conversation about my personal life. It also highlights the fact that I am, indeed, married which can be a cause for bias against women in medicine. I have many female friends who plan to leave their wedding rings at home when interviewing for a job or residency due to concern they may be perceived as being less committed to their careers. While men may be appreciated for being “family-oriented” women are often judged for having such commitments.

Ultimately, I write this not to lament my decision, but to celebrate and recognize women (and men) who choose to change their last names. Though sometimes brushed off as commonplace or, simply, expected, at the end of the day, changing your last name should be recognized for what it is — a truly grand gesture.

Cecilia Leggett is a medical student. 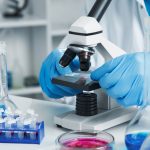 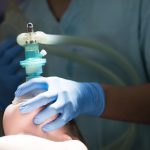 Celebrate women (and men) who change their last names
2 comments