Please. Do the right thing.

It’ll take you, or someone who works for you, or even a barely pubescent adolescent who nevertheless knows how to program music on his iPhone with more aplomb than anyone born before 1975, only about 48 seconds.

And 48 seconds is substantially less than the amount of time I have listened to your never-changing hold music.

I have researched the source of this music online. I did this, as you might guess, when I was on hold. It seemed the healthiest response I could muster to that faux-soothing piano wandering that is supposed to placate customers for anywhere between 20 seconds and 35 minutes.

I am just guessing at these wait times, by the way. That data might be out there and it might not, but I can’t bring myself to see how long my waiting compares to the average waiting.

And, to be clear, I am not critical of being on hold. I know the pharmacists are working as hard as they can. I know it’s part of our modern world. This is why we have social media, and ESPN.com, and trashcans placed about four or five feet away, into which I can toss crumpled-up pieces of paper. In fact, being on hold has greatly improved my trashcan basketball accuracy, so there’s that. Thank you.

Still, that tune has got to go.

I hear it in my sleep. I hear it when I go running. Sometimes I wake in the middle of the night humming that melody. It haunts me, day and night. It’s not healthy. I know. I’m a doctor.

It’s not healthy to hear pharmacy-hold music while you sleep.

CVS hold music stimulates the almond-shaped amygdala that sits in our reptilian brains, and that’s not good. This is the same region of the brain involved in road rage, and in raising your middle finger, and in listening to the Steve Miller Band sing “Abracadabra.”

Some 98 percent of respondents in a large, multi-center study examining the average American’s response to the CVS pharmacy hold music reported that their amygdalae (the plural of amygdala) were enraged.

This study, obviously, does not exist. But it could!

The subjects would be made up entirely of me, or lots of me’s. You see, there are many, many different me’s that have listened to that same tune while on hold at CVS. There’s the me who is in-between patients and operating under the resilient but nevertheless largely naive belief that I can solve a prior authorization quandary in somewhere around four minutes. There’s the me, nervous about my daughter’s ear infection, and hoping that the antibiotics are ready. There’s the me doing laps in my car around and around the street where I live, waiting for the music to end so that I can talk to an organic entity and call in a prescription.

As for numbers, I’ve got those figured out as well.

Let’s say I call CVS, on average, three times per day, six days a week, for a period of about the last 25 years. That would allow me to count my residency as well as post-graduate years. Let’s subtract a couple weeks a year for holidays and so forth.

That means that three times per day, six days a week, 50 weeks a year for 25 years, I’ve called CVS. And let’s estimate that the average time that I am treated to this music is around 1 minute, 34 seconds.

Of course, I am making an assumption that the hold music has not changed over the last 25 years. This is because I don’t recall it changing. It’s like taxes. I don’t remember a time when it didn’t exist. Accepting this assumption as fact — because it feels like fact — this means that I have listened to roughly 2,115,000 seconds of that same music. That’s 35,250 minutes, or 587-1/2 hours, or nearly 25 days.

Almost 25 days of my life listening. I am 52 years old, so that means that I have spent 25 days out of my 18,980 days on this planet listening to that piano piece (called, incidentally, “Golden Dragon” — I Googled it while I was on hold). That’s a higher percentage of my days than I’d like.

As I hope this piece illustrates, this is a matter of some urgency.

5 reasons to get involved in organized medicine 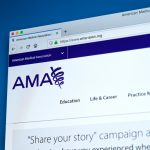 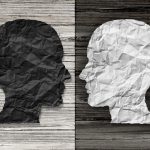